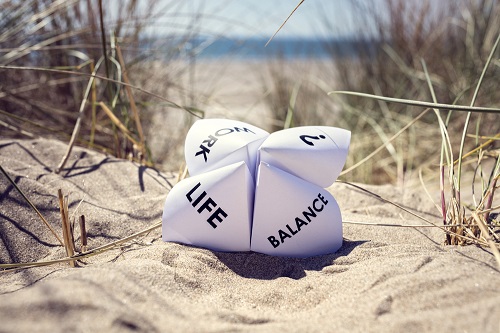 There’s been quite a bit in the press recently about burnout among expats – a perennial problem but exacerbated by the pandemic and its pressures. Recent surveys have revealed that expat stress and corresponding burnout are at an ‘all-time high.’ Isolation, job loss, insecurity and the long-term grind of Covid-19 and its restrictions have all played their part. As we’ve noted before, the exciting mobility and change that are hallmarks of the expat lifestyle have been changed by a series of global lockdowns and the inability to hop home and see friends and relations.

However, burnout isn’t a new phenomenon, even if the reasons behind this particular incarnation of it might be ‘unprecedented.’ Moving abroad, with or without family, has never been a stress-free process, and the typical expat tends to be a high achiever, often with the kind of high-stakes professional career that can, eventually, lead someone to go a bit off the rails. When an unusual event happens, such as a pandemic, people tend to re-evaluate their priorities, and although that’s never a bad thing, it can be accompanied by a degree of disconcerting fallout. What does ‘burnout’ actually mean, therefore, and how can we best cope with it?

If you experience burnout, you may feel as though you’re being swept away, overwhelmed, physically and mentally exhausted and ‘fried’. You reach the point where you can just about cope with everything you have to deal with, but you’re on a knife edge. The ‘straw that breaks the camel’s back’ is a telling metaphor – it’s often the slightest thing that pushes you over the edge, and that can make you feel both weak and stupid (why are you crying just because you’ve run out of dishwasher salt and the shops are shut?).

Take some time out

At this stage, self-awareness is crucial, but this is often a point at which you don’t have that self-awareness, because you’re too tired and stressed. It’s imperative, therefore, to take some time out – especially if you think you just can’t afford it. Bear in mind that this might not just be the odd day off, after which you feel marginally better only to crash later and worse, but a managed period of time during which you prioritise your mental health. You’re probably going to have to do this with the help of your HR department. If they have any sense, your company will realise that a relatively short break now is preferable to losing you altogether. As Sam Baker – former editor of Red magazine – writes: “If you don’t make time for your wellness, you’ll be forced to make time for your illness.”

The top journalist goes on to say that in the 70s and go-getting 80s, when a lot of middle-aged people cut their teeth in the corporate sector, ‘wellness’ wasn’t really a concept, let alone the buzzword that it is now. Baker suffered a number of breakdowns, plus an attack of mouth ulcers, and says that it wasn’t until her own body essentially pulled the rug from under her that she began to realise that this was not a sustainable situation, and sought help.

She writes on her blog, The Shift, that “When, panic-stricken at taking time off, I phoned the GP to ask when I could go back to work, a nurse called me back and ended up so frustrated by my mumbled incoherent stone-walling that she shouted down the phone that I was “not so bloody important” that I couldn’t take a week off. She was right, of course.”

However, this is often easier said than done. Not all companies are sympathetic; some work situations are toxic. In this sort of case, it’s important to realise that unless you do take matters into your own hands and take some time out, you’re running a risk of going down anyway.

Take a step back

Baker also comments that although she was working 12 hours days at one point, no-one was actually asking her to do this. Getting perspective on whether the pressure on you is actually external or is coming from within becomes essential. Are you operating on the myth of your own indispensability? (Boris Johnson, who resigned from his post at the time of writing, said in his address to the nation that ‘in politics, no-one is remotely indispensable.’ This can be extrapolated to cover most other jobs). Are you working so hard because you really need to – or is it insecurity? Do you feel that you’ve got to work harder and faster, put in more hours than anyone else, because otherwise you might be replaced? Ironically, the insecurity that’s driving you to breaking point might be the very thing that causes you to lose your job, not the thing that saves it.

This is tough, because a lot of high achievers won’t slow down until they’re forced to do so. Women are particularly prone to this, as there are sociological factors in a number of cultures which lead them to put themselves last. The point of all this is that if you feel you’re burning out, you’ve already lost your choice: you’ve got to slow down and take some time out, because if you don’t, you’ll probably be forced to do so, for longer.

The Body Keeps The Score by Bessel van der Kolk: how the body internalises trauma.

How To Do Nothing by Jenny Odell: recommended by the Obamas, who should know plenty about being busy.

Coward: Why We Get Anxious and What We can Do About It by Tim Clare: a brutally honest and quite funny account of why we become anxious in the first place.

The Shift – Sam Baker’s novel, blog and podcast: The Shift is primarily focused on menopause but covers areas of mental health as well.