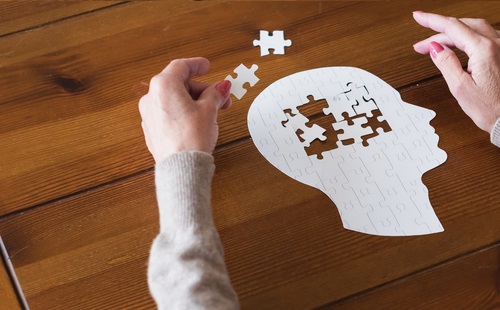 Mental health issues continue to feature in the post-pandemic news. We’ll take a look at some new developments and how they might affect you as an expat.

Prague’s Bohnice Psychiatric Hospital has reported record levels of people using its mental health hotline, part of the Hospital’s Crisis Intervention Center. It is a consequence, it says, of the strains imposed on people who have been made residents in the Czech Republic by the pandemic. The anonymous hotline is based in Prague but is intended for use by people across the country. It is primarily a Czech language hotline, but it can be used by expats as well. It has recently been extended via a grant from Prague City Hall and will run 24 hours a day, seven days a week, up until the end of 2021. The phone number is 284 016 66.

If you cannot access the helpline, there are other organisations in the country which can provide assistance to expats. For more information, visit the Prague Integration website. Prague Integration is a group of mental health professionals offering help to expat residents in the form of support, services and events.

Rates of suicidal ideation have risen among Indian expats in the Middle East, according to a recent report from the The Psychiatrist journal. The study, published in late October of this year, indicates that:

“A significant proportion of expat workers in the Middle East are low skilled, low paid, and without job security and are living in labour camps or overcrowded buildings, separated from their spouses and families for years. Studies have indicated that expat workers in the Middle East are at increased risk for stress and suicidal ideation. Dervic et al investigated suicide rates in the national and expat population in Dubai and found that the suicide rate among expats was seven times higher than that of nationals, and approximately three of four expat suicides were committed by Indians.”

Suicidal ideation among Indian expats in Kuwait is also high, and studies between 2003 and 2009 found that suicide rates were highest in areas with a large population density of expats. This was obviously pre-pandemic, but it seems clear that Covid-19 has exacerbated an existing issue. The study concludes that:

“These findings indicate that there is an urgent need to improve mental health support among the expat population in the Middle East.”

There are high levels of dissatisfaction among expats in Hong Kong, due to the strict ongoing measures over Covid-19 and tensions in the territory over security measures, and this may have an impact on expats’ mental health. However, there is assistance available. In early October, listings magazine Time Out put together a review of affordable mental health services in HKSAR.

Oasis is a mental health service offered by the English-speaking church The Vine, in Wan Chai. They have trained counsellors available for individuals and couples, and fees are set according to a sliding scale. In Central, ReSource, a multicultural counselling centre, which offers counselling in a wide range of languages, including English, Russian, Cantonese, Putonghua, Hindi, Marathi and Marwadi, also operates on a sliding scale of fees.

OCD & Anxiety Support Hong Kong offer monthly sessions in English to assist with these disorders. In the public sector, Hospital Authority Head Office offers a hotline (2300 6555, 8.45 a.m. to 5.45 p.m. daily, except on weekends and public holidays). The Social Welfare Department, also in public sector healthcare, offers support via the Integrated Family Service Centres. Details can be found on the Social Welfare Department government website. They also offer a counselling service for expats and other residents.

The Samaritans can be contacted on 2896 0000. They offer a multi-lingual support service, as well as a Befrienders Programme.

If you are based in the UAE, you may have seen that the country is opening up a network of new mental health clinics. Emirates Health Services aims to set up these clinics as outposts of Al Amal Psychiatric Hospital in primary healthcare centres across Sharjah, Umm Al Quwain, Fujairah and the northern emirates. As well as counselling and psychiatric services, the new clinics will offer training to those working in community healthcare and home psychological care teams.

The Emirates is aiming to follow a global trend of integrating mental healthcare more deeply into existing primary care services. Early detection and a comprehensive statistical database are among the aims of the new initiative. Relapse prevention programmes, crisis intervention teams, home treatment teams and other initiatives will also feature.

“In addition to implementing a program to integrate mental health services in primary health care centres, the establishment has been relentlessly working to prevent and combat the most prevalent mental illnesses such as depression and anxiety, by adopting healthy lifestyles, providing early diagnosis and appropriate treatment, and promoting awareness in the community about mental health disorders.”

In October, the University of Queensland and University of Washington published, in The Lancet, the results of a study showing the impact of Covid-19 on mental health across the world. Their findings were grim but not startling; the pandemic has had a significant effect on global mental health. The findings were based on over 1,600 sources across 204 countries and territories, mainly first world countries. The study suggests that an “additional 53 million cases of major depressive disorder and 76 million cases of anxiety disorders” have been created as a result of Covid-19, with consequences being predictably worse in those countries that experienced the strictest restrictions.

Meanwhile, Save the Children reported similar findings, saying that studies based on the Oxford Covid-19 Government Response Tracker show that 83% of over 13,000 children worldwide experienced negative feelings as a result of the pandemic, with symptoms worsening as the pandemic wore on. Marie Dahl, head of Mental Health at Save the Children, commented that:

“Failure to respond to this mental health crisis could leave children with long-term wellbeing, development and overall poor health implications even after restrictions are lifted.”