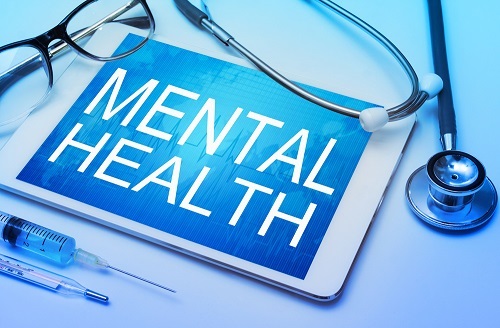 The Taipei Times has reported recently on an organisation, Haxstrong, that offers mental health assistance and other forms of help to Westerners in Taiwan. The group started as an informal collection of Western and Taiwanese residents rallying around their friend Gregg Haxton, who had been seriously injured in a motorcycle accident. South African Haxton was in a coma for months, but on recovering, wanted to pay for the help that his friends had given him. This led to the birth of Haxstrong in 2010. Now, the organisation aims to offer help and assistance to those in need in the country, as a supplement to Taiwan’s generally good national health service.

They say that they can assist with:

In addition, the group can provide support for those attending hospital appointments and immigration advice. Their website can be found at Haxstrong.org.

British expats have told the BBC that they have been struggling with the effects of yet another lockdown in Australia, with mental health being impacted significantly.
We’ve reported before on the plight of Australian expats unable to return home, due to the Covid-19 borders policy, but British expats in Australia who can’t currently get out also report feeling ‘trapped.’

September and the rise of the Delta variant in Australia saw new lockdowns, just as Britain, with its strong vaccination rollout, started to open up again. Like Singapore, the Australian authorities are now saying that the country needs to live with the virus, but given that its vaccine rollout has been comparatively slow, this may take time. Meanwhile, some Australian residents are on their sixth lockdown, and British expat hopes of being able to finally return home and visit relatives have once again had to be put on hold.

Part of the attraction of expat life is the relative speed and ease of modern travel. Expats in Australia told the BBC that ‘at the back of their minds’ was the thought that the UK is only 24 hours away. However, Covid-19 and the closing of the world’s borders have put a temporary stop to this, and residents say that this final lockdown has been the hardest.

As relations in the UK grow older, the situation is becoming even more frustrating and distressing: grandparents have been unable to meet new grandchildren, and it’s especially hard if your parents, for example, are suffering from life limiting illnesses and you don’t know when you’re going to be able to see them again. Zoom simply isn’t the same.

The adverse effects of the lockdowns have been seen at Geelong Hospital, among others, which reported a significant increase in children and young people with mental health problems. Suicidal ideation, eating disorders and behavioural disturbances were to the fore.

Some expats told the BBC that they dealt with frustration and home sickness by ‘keeping positive’: focusing on their blessings and on the good things about their new lives. Some felt guilty at seeing their British relations going through lockdown in British winter, at which time they had access to the beach (walking on the beach was permitted in some areas throughout lockdown, as long as you didn’t stop).

Spending time as a family, even if enforced, also featured as a coping mechanism, with one expat telling the BBC that she hoped they would look back on lockdown with ‘rose tinted spectacles,’ remembering the slower pace and time spent with children rather than the challenges and frustrations. Expats also reported their view that the Australian government was, after all, trying to protect its citizens. Some said that focusing on their first meeting with their families at the airport also kept them going.

A new piece of research focusing on the effects of quarantine on mental health in Saudi Arabia has recently been commissioned and undertaken by the Saudi Ministry of Health, King Saud University and other institutions, showing that around 25% of the Saudi population have experienced adverse psychological effects as a result of quarantine for suspected Covid-19 or the illness itself. Women, government employees and the better educated seem to have experienced the most stress, with age being a distinct factor in coping with the crisis. The study recommends “additional studies among older adults [which] may offer insights with respect to coping mechanisms and adaptive strategies that can ultimately be used in the general population’s pandemic readiness in future outbreaks.”

The study covered both locals and expats, noting some specific conclusions with regard to the latter group: Covid-19 patients who were non-Saudis had a higher tendency towards depression in comparison to Saudis. The study notes that the prevalence of mental health issues among expats in the Middle East were observed to be high in some Arab regions. The study also says that the severity of the pandemic in home nations seems to have affected the degree of stress experienced by expats.

This is not a surprising set of findings. The Lancet also published the results of a wider study this month, which showed that the regions which were worst affected by the pandemic, including parts of Western Europe and the Middle East, saw the most significant increases in the prevalence of major depressive and anxiety disorders. Globally, too, younger people were more badly affected than older adults, and women more than men (possibly because they tend to bear the brunt of childcare). The Saudi Arabian findings are thus in line with global trends.