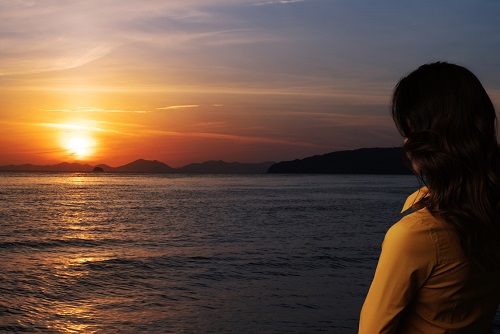 The American Psychiatric Association held its annual meeting in New Orleans in May, featuring mental health professionals from around the world. It focused on different areas of psychiatry and treatment. It reported on a recent piece of research aimed at expats who have been affected by traumatic events in their own nation. This research was undertaken among over a thousand Lebanese expats who have been adversely affected by the explosion in the bay area of Beirut in 2020, but its findings can be expanded to include other expats whose nations have experienced trauma.

Researchers used the Hopkins Symptom Checklist, which is a 20-item self-reporting questionnaire and is often employed in disaster medicine screening for anxiety and depression. The researchers found that over 41% of Lebanese expatriates reported higher levels of both conditions, in comparison to the baseline threshold.

Gaëlle Rached, M.D., of Chicago’s Northwestern University, said of the findings that “expats are already under stressful living conditions. Little is known about expats’ mental health, let alone in the context of traumatic events in their home country. We need to provide additional support to this population especially if their home country is going through a traumatic event.”

Rached has a stake in this herself – she lost her own home in the blast. The checklist showed that women and children were more adversely affected by the disaster. Rached added:

“I felt very emotional hearing about their experience, as expatriates, of the blast. They were at home. They heard about the blast from social media. And they tried reaching out to their families. They weren’t able to reach them. The lines weren’t connecting. They spent hours trying to reach them and imagining the worst. When we started talking about our experiences, we realized that the experiences are similar…In disaster, the attention naturally goes towards the most immediate victims, so people who are impacted physically. However, expats still had a home in Lebanon, still had family there, and they, too, are impacted.”

Session moderator Howard Liu, MD, MBA, chair of the psychiatry department at the University of Nebraska Medical Center in Omaha, says that these findings have a clear message for the ways in which we treat mental health in expats. More access to trauma and mental health support is needed, in a targeted way. He pointed out that there is a shortage of psychiatrists around the world, and that this has an obvious impact on access to mental health issues.

Expats can be forgotten victims

To an extent, expats are often the forgotten victims of events in their own country: because they’re not living there, their suffering often goes forgotten – but many if not most will have family and friends in affected areas, may have lost people in disasters, and may also (like Rached) have lost property. In addition, expats may also suffer from helplessness, anxiety and a sense of guilt that they cannot be there to help or were not present to share the suffering of their loved ones. Guilt about ‘abandoning’ their home in its time of need can feature.

Of the participants, 268 were held to be eligible for screening for PTSD. Howard Liu says:

“I think we have to be trauma informed. It’s not just about looking at the biological correlates of illness … but also looking at the environment in which people live, work, and are in therapy, or in treatment.”

Given the current state of the world, many expats are unfortunately in this position. Some may be actual refugees, but some may be people who have moved away from their home nation – such as Ukraine – for other reasons, such as employment. Those people may have left a relatively stable country, only to find it beset by disaster (flooding, landslides or wildfires, for example) or by war. Some may have been struggling with mental health issues even prior to conflict or natural disaster, and that’s without the stresses that can beset a person relocating from one country to another. If you find yourself in this challenging position, how can you safeguard your mental health?

Tips for safeguarding your mental health

It’s advisable to make sure that you have as much support as possible from existing medical and social services. Don’t be afraid to ask for help, or feel guilty because you’re conscious that your family and friends are going through worse back home. You’re allowed to seek help and support for your own emotional state. In some countries, mental healthcare provision may be limited, and thus you may find that turning to your community provides a partial answer. Feeling isolated is a big factor in mental illness, and turning to other community members who understand what you’re going through, and who may be able to organise self-help groups, may prove beneficial.

The UK government has provided some guidelines based on WHO principles, and you might find these (or analogous programmes in other countries) useful as well. The UK government website not only gives guidance for mental health professionals, but also a number of links for organisations who work specifically with migrants, refugees and other expats. For instance, City of Sanctuary, a national network of health workers and others, has produced a mental health resource pack specifically aimed at supporting refugees and asylum seekers living in the UK community. The Royal College of Psychiatrists has also produced resources in a range of languages.

The US-based Centers for Disease Control and Prevention also have a website for mental health issues among migrants.

National resources may be limited, so seeking help in the private sector is also an option, depending on your income. Many major cities are likely to have counsellors who speak your native language and who may already be embedded in your community.