Home » Health » International Health Insurance – Do You Need It?

International Health Insurance – Do You Need It? 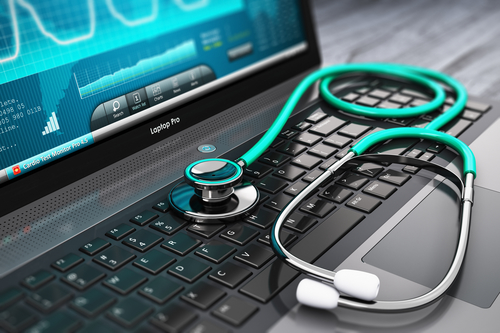 There are pros and cons for each of these choices, and many expats will undoubtedly find that local healthcare insurance provision meets their needs – although not if they are travelling between countries.

However, local insurance is only recommended in those countries that have an established reputation as well as networks of clinics and hospitals; the costs for local coverage in these countries will be low because of this provision.Local healthcare coverage may come in a variety of forms, such as:

• Private health insurance providers. Here, the provider offers access to private medical facilities with shorter treatment waiting times.
• Health cover from the state. The UK is a good example of this; people pay a proportion of their income to access healthcare, which is free at the point of use.
• State health insurance provision. This is found in countries such as France and Belgium, where expats can pay an additional amount to enjoy a wide range of health care services.

One of the downsides to the British system, for instance, is that expats may find themselves subject to long waiting times, so may opt for a local private healthcare plan in addition to their National Insurance contributions.

The other major downside for an expat thinking of local healthcare insurance as opposed to international is that their provision will only be valid in their country of residence.

In contrast, international health insurance plans will cover expats wherever they go.

These plans provide healthcare in an expat’s country of residence as well as their home country. Those expats who need to travel extensively will be covered for most if not all eventualities in these countries as well.

Another plus point for international health cover is that it provides expats with access to additional services and wider choices of hospitals. For many, access to English-speaking doctors is highly recommended.

Local healthcare policies are generally aimed at national citizens, so they are unlikely to pay for medical care outside of an expat’s new country – this issue also extends to an expat needing treatment on holiday or in their home country. International cover will deal with these issues.

For expats who are citizens from the European Economic Area (EEA) – that is, the European Union plus Norway, Lichtenstein and Iceland – the European Health Insurance Card can be used to access healthcare. However, do bear in mind that this covers only emergency and necessary treatment.

Another downside to local health coverage is that treatments such as maternity and dental care may not be included, so the expat may end up spending more than they imagined on their healthcare.

Even those expats with international healthcare may find their policy has various restrictions in place. For instance, private maternity cover may require the expat to have the policy for a certain period of time – with some insurers this can be up to three years – before they can access the policy.

However, health coverage provided by the state will cover the expat for just about everything from the moment they are registered.

Those expats who are tempted by private local health insurance may find that their plan will cover them for travelling overseas from their new country; however, the amount of time for coverage will be restricted. This coverage may be up to three months and thereafter only be for emergency regional medical treatment. However, this is still a cheaper alternative and may meet an expat’s needs.

Moving to a new country

For expats who have moved to a new country and have a job that requires frequent travel, particularly between countries, or a job that will see them spending long periods overseas, then a local plan is unlikely to deliver the level of health cover they require.

It should also be appreciated that local expat healthcare may not cover expats for repatriations or evacuation in case of an emergency.

International health policies deliver a comprehensive offering to protect an expat from a range of eventualities, including the treatment of injuries and dealing with unexpected illness; there is also added cover for repatriation and emergency evacuation.

Another important tip for those looking to move overseas is the question of their health ‘coverage gap’. Expats should ensure that their health insurance package is valid from the day they arrive until the day they leave the country.

This issue has been highlighted by a survey from health insurer AXA PPP, which reveals that a surprising three out of four expats do not bother organising their health insurance before heading overseas – most will wait until they arrive in their new country before arranging health coverage.

The survey found that 54% of expats said it took them up to two months to arrange health cover, and 17% only did so when they had encountered their new country’s healthcare facilities.

However, the most startling statistic found that 5% of expats said they did not bother with health insurance cover at all.

Despite this level of inactivity, there will be expats who are worried about the costs involved for international health insurance. However, there are ways to reduce premiums. The most important tip is to shop around and negotiate on the level of coverage you need.

When deciding on their level of cover, an expat working overseas should always opt for a policy that covers them for hospital care along with surgery and emergency dental treatment. Some may also need to consider general doctor consultation fees as well as cancer treatment.

It’s also possible to add other needs such as physiotherapy and the cost of prescriptions.

Expats need to appreciate that while their premiums may appear to be an excessive expense, the alternative could see them paying for their treatment, which will be more expensive. There’s also the issue of trying to access treatment in less developed parts the world where medical facilities may not meet Western standards.

Also, should the expat be moved by their employer to another country, their local health plan will not follow them and they will have to spend time sourcing fresh coverage.

• Cost
• If staying in one country, there is no need for international cover
• Access to state-funded healthcare
• Issues with local health cover:
• Tends not to be aimed at expat’s needs
• Restricted benefits

The bottom line for any expat considering whether they should have local health insurance coverage or international cover should not just be price; international coverage is flexible and will give access to a comprehensive medical service. While local health insurance may appear cheap, the expat is likely to find their coverage is insufficient and doesn’t deliver the level of coverage they may be hoping for – possibly when they need it most.

Have you opted for local or international health insurance? Share your thoughts in the comments below!