Home » Health » What Medical Treatments Around The World Really Cost

What Medical Treatments Around The World Really Cost 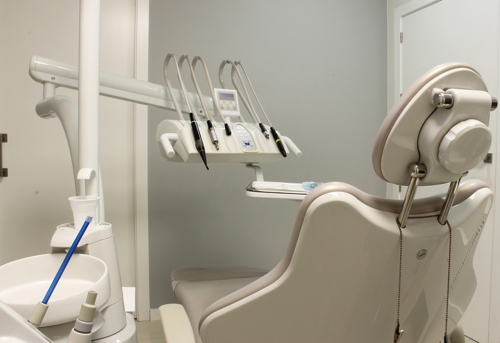 Regardless of where their overseas assignments may be, expats are strongly recommended to take out health insurance cover before moving abroad. Not only will health insurance bring peace of mind but should anything happen, they will be reassured to know they won’t be left with a hefty medical bill.
pixSo, how much do medical treatments around the world really cost should the expat need to pay for their own medical care? The differences in charges are staggering and costs can quickly mount up.

Fortunately, there are a number of organisations that frequently look into this subject, with the London-based International Federation of Health Plans (IFHP) offering a unique insight into medical costs around the world.

US offers most expensive treatment

The latest report shows that the US offers the most expensive treatment for expats – but not in every case. Findings include:

• A one-day hospital stay in the US is nine times dearer than in Spain
• A hip replacement costs twice as much in Hong Kong than it does in the UK
• Removing an appendix costs five times more in the UK than it does in Argentina.

The Federation also reveals that the most expensive places for operations are Hong Kong, the US and the UK while the cheapest countries are Argentina, the Netherlands and Switzerland.

Thankfully, a health insurance company will pick up these medical bills without delivering a nightmare financial situation for the expat to resolve once they are well.

This situation of huge costs has been underlined with research produced by the Association of British Insurers (ABI), which reveals that the prospect of falling ill overseas could lead to an expat spending the next 25 years paying for their emergency medical care bill. That’s for those without insurance cover; the ABI says that travel insurance firms help 3,000 travellers every week needing emergency medical treatment while overseas. Around 150,000 people will fall seriously ill while abroad every year. Also, the ABI says that a six-figure medical bill for treatment is ‘now not uncommon’.

To help highlight the prospect of expensive medical bills, the ABI says one insurer has settled a claim for a jet ski accident which took place in Turkey that cost them £125,000 ($162,112). Another claim was for treating a stroke for a traveller in the USA which amounted to £760,000 ($985,433), or the equivalent of someone having to work for 25 years on the average £27,500 UK wage to pay the bill.

The ABI also says that the average cost for a medical claim has risen between 2011 and 2016 by 40% to reach an average of £1,300 ($1,685); another reason why expats and mobile executives should ensure they have the correct level of health insurance cover in place before they set off. It’s also important to appreciate that while the most expensive bills for medical treatment are likely to be racked up in the US, other countries also deliver expensive treatment.

To highlight this, the ABI research reveals:

The ABI also warns expats eligible for the free European Health Insurance Card (EHIC) that while this provides access to state-provided healthcare for free in the European Union, it’s no substitute for having proper travel and health insurance cover.

While many expats are able to pay their medical bills easily, mainly thanks to their insurers, there are shocking numbers of expats heading overseas without having health insurance cover in place first. Research from AXA PPP reveals that nearly three out of four expats questioned said they did not buy healthcare cover until they had arrived in their new country. 54% said they had waited for two months after arrival and 17% only did so after experiencing the health facilities in their new country. Shockingly, 5% of expats didn’t bother to buy health cover at all – when questioned further they said that health insurance ‘was not important’.

A spokesman for AXA PPP international health care said: “Starting life in a new country, particularly with a family, can be daunting but illness and accidents can occur at any time and in parts of the world getting access to treatment can be difficult and expensive.”

Healthcare costs around the world

To help expats appreciate the last point, here are some figures for healthcare costs around the world from the IFHP report:

The figures provided here are averages, which means the actual costs will vary between countries and continents. Despite how well an expat’s job may be paid, having the correct level of health insurance cover in place for them and their loved ones will pay dividends should it ever be needed.

• The International Federation of Health Plans publish their report into worldwide medical costs.
• The ABI’s research on medical costs that expats may incur.