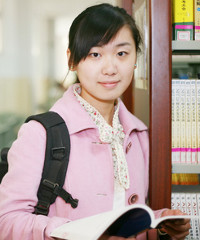 The ‘Special Administrative Region’ of Hong Kong is special for more than the relative autonomy from mainland China that it enjoys. For one, it is one of the most densely populated territories on the planet. This situation has led to some of the most in-demand upscale residencies in the world (see Causeway Bay for more information on this score), and also to some of the most tightly compressed, labyrinthine low-income residences, like the now-demolished Kowloon Walled City. While, as a professional expat, you are much more likely to find housing in something like the former district than the latter, it is understandable that you might have other concerns besides just securing a living space.

Quality education in the region, though widely available, is still a highly coveted thing given the sheer number of residents: classroom sizes easily exceed the median class sizes in British or North American schools, and even as such there are still students who will miss out on the opportunity to attend the school of their choosing. Finding education for a child, or oneself, is something to ‘get on’ sooner than later if you plan to relocate to Hong Kong.Schooling Styles in Hong Kong

Given Hong Kong’s status, up until 1997, of being a British colony, it is not at all surprising that the region’s educational system closely follows the U.K. model for education. Local educational bodies like the English Schools Foundation continue to see to this. A pedagogical style that could be compared to that of the United States also exists at institutions like the Hong Kong International School (however, unlike in the United States, Hong Kong children are allowed to begin schooling at the early age of three.)

The different types of pre-university schooling can be baffling to those who are only familiar with the dualistic system of “public” and “private” education (referring here to the U.S. model, whereby public education is State-directed.) While a generous space would be needed to fully compare them, it can be said that the available schooling types do differ along linguistic lines as much as upon the educational approach they take.

Private international schools will charge the highest tuition fees, though they offer the greatest number of options for native-language education: in addition to Chinese and English-language education, classes can be conducted in the major European languages. Schools of the English Schools Foundation, meanwhile, are a cheaper alternative to the private international schools (owing to some government subsidies), without the intense competitive pressure that is also associated with those schools.

If you opt for a fully ‘public’ school, you may wish to also make reservations at a so-called “cram” school in order to inculcate more practical or immediately valuable knowledge, as public schools are notorious for their emphasis on rote, ‘exam-oriented’ learning (i.e. learning whose value decreases once the exams have been taken.)

Unlike schools in other Anglophone nations, the majority of HK primary and secondary schools require students to wear uniforms, with a level of expected personal discipline to match (e.g. ritual greetings directed at the teacher before each class session.) Of course, this strong emphasis on discipline and bearing is an ideal situation rather than the one your children might actually encounter. In a 2002 report from the American Educational Research Association, it was found that over 40% of Hong Kong teachers “reported [that] their teaching is extensively limited by students’ disruptive behaviors.” i Interestingly, this is very close to the rate that U.S. teachers reported, and about 10 percentage points higher than what was reported by British teachers. Only 10% of Hong Kong teachers felt that the safety of their pupils or themselves was at any time endangered by unruly students.

Certain incidents in Hong Kong have bucked the global trend whereby education in the English language is seen as a denial of one’s own national identity: in 2007, a “small group of protestors” of non-HK origin marched to demand “the provision of more schools teaching in the English language.” ii As the number of ethnic minorities in China increases, the local government has responded by placing more emphasis on a Chinese-language education, though those who sympathize with these protests believe that this reduces chances of passing the examinations that will allow them entrance to good universities and, consequently, more long-term career options.