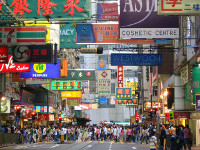 Hong Kong has always been a popular expat destination. A major international financial center, this former British colony continues to see rapid industrialization, high growth rates and also continues to be an important cultural center. Here are 5 things you should know before moving to Hong Kong.

Hong Kong is one of the most expensive cities in the world in terms of cost of living. A 2013 global cost of living report of the Economist Intelligence Unit pegged Hong Kong as the 14th most expensive city in the world to live in, and the 4th most expensive in Asia. Healthcare comes at a high cost; but there is a good public healthcare system, although it may be slow.Consumer durables and vehicle costs are also high. One of the main obstacles people face in Hong Kong are the immense costs of owning or leasing property because of the shortage of land.

On the plus side, public transport is efficient, safe and cheap. You can get taxis too for an affordable sum and this is a relief for those who don’t want to splurge on a car. Hong Kong is also a place where you can test your bargaining powers. There are plenty of legitimate bargain and discount stores all across the city and you can get great deals if you can negotiate effectively.

Traffic jams are common here and the streets can be quite crowded. It is difficult to find parking spaces, which also happen to be rather expensive. In Hong Kong, cars drive on the left.

Most of Hong Kong speaks Cantonese. People do speak English too, especially among the business communities. But it can make life easier if you can speak and understand Cantonese. This enables you to interact better with the locals and also communicate better in certain situations, such as when you need directions. The language of mainland China is Mandarin and with greater communication and trade between Hong Kong and China, many companies prefer employees who can speak the language.

Expats must be prepared to adjust to the sub-tropical climate of Hong Kong. The weather can be quite unpredictable during spring in March and May. Hong Kong often witnesses tropical cyclones, some of which become typhoons. These can lead to gusty winds and heavy rains that persist for several days and even cause flooding and landslides. There are usually warnings on the news and radio broadcasts which alert residents to impending typhoons. In spring, the temperatures also tend to rise and there can be a great deal of humidity. This humidity increases even more in summer, and there may be an occasional thunderstorm. Winters are snow-free, but can be dry and cold. But the best time of the year is autumn, from September to November, when the days are breezy and sunny.

Hong Kong has a serious air pollution problem. For almost 30 percent of the year, visibility is below 8 kilometers and there has been a rise in asthma and bronchial conditions in recent years.

Income tax rates in Hong Kong are fairly low. In most cases, expats are not faced with sales tax, capital gains tax or value added tax. The income tax for locals and foreign residents is higher for higher incomes, but expats usually find that even the maximum rate is quite low. There is taxation on rental income and profits from self-employment, although one can also avail of several deductions and allowances.

Taxpayers are not required to pay taxes on a monthly basis, but as lump sums. The first payment will also include a provisional sum for next year’s tax, so the first tax bill is likely to be higher.

For an expat family, housing and private healthcare comprise the major parts of the annual budget. Therefore its important to pay close attention to what an employer is offering in their remuneration packages and expat allowances.