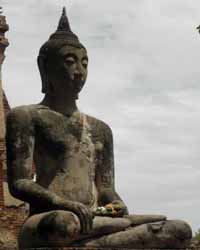 The multicultural population of Hong Kong consists of various communities that have their own beliefs and ideologies. The Chinese community, which forms the majority of the population, has three main religions – Confucianism, Taoism and Buddhism. The other major religious communities in Hong Kong include the Christians, Muslims, Jews, Hindus and Sikhs. This diversity is also evident in the city’s architecture. There are Buddhist, Taoist, Hindu and Sikh temples, churches, mosques and synagogues. Religious diversity is also celebrated in the form of festivals. Here is a brief guide to the main religious beliefs in this cosmopolitan city.Taoism and Confucianism
Much of the population of Chinese descent in Hong Kong practices the Taoist and Confucian beliefs. There are nearly a million Taoists, according to official statistics. This religious philosophy is rooted in the concept of union with the Tao, the name accorded to the principle of nature. Some of the famous Taoist temples in Hong Kong include the Wong Tai Sin Temple in Kowloon, which is dedicated to Wong Tai Sin, a Chinese deity.

Confucianism is the philosophy drawn from the teachings of Confucius, a Chinese teacher, editor, politician, and philosopher who lived during the period 551 to 479 BC. It gives great emphasis to traditions and rites and teaches a moral code for human relations. Hong Kong has a number of schools that impart Confucian teachings. One of the biggest festivals in Hong Kong is the birthday of Confucius, celebrated on the 27th day of the eighth month of the lunar calendar.

Buddhism
The Po Lin monastery is a popular landmark in Hong Kong, which houses a giant bronze Buddha statue. This is the largest outdoor-seated statute of the Buddha in the entire world. Hong Kong has about 1.5 million Buddhists, and Buddhist organizations and temples play an active role in education and social welfare activities. The Birthday of the Buddha, also called the Buddha Bathing Festival, carries a great deal of spiritual importance in Hong Kong.

Christianity
Christian churches are considerably involved in education in Hong Kong, with many churches also running affiliated schools. There are also hospitals, clinics and old-age homes linked to some churches. Roman Catholic churches conduct masses in Cantonese, English and Tagalog. There are approximately 480,000 Protestants living in Hong Kong and some of the major denominations include Adventists, Anglicans, Lutherans, members of the Church of Christ in China, Methodists and the Salvation Army. Hong Kong also has about 22,500 recorded members of The Church of Jesus Christ of Latter-day Saints as of 2013.

Islam
The Muslim community in Hong Kong consists of locals and recent immigrants from the Middle Eastern countries, Malaysia, India and Pakistan. The oldest mosque is the Shelley Street Mosque. Mosques, Muslim cemeteries and other religious affairs are managed by the Incorporated Trustees of the Islamic Community Fund of Hong Kong. The Muslim community carries out charitable work such as educational assistance, medical care and financial aid for the poor.

Hinduism
The Hindu community in Hong Kong is composed mainly of immigrants from India. The community has approximately 40,000 members and their main place of worship is the Hindu temple in Happy Valley. Worship and meditation is conducted here and Hindu festivals are also celebrated. It also serves as a community center with activities like spiritual discourses and yoga classes for the local community.

Judaism
Hong Kong’s Jewish community consists of people from various different parts of the world. The main places where Jews congregate include the Ohel Leah Synagogue and the Chabad Lubavitch Shul, where daily services are conducted, and the United Jewish Congregation of Hong Kong where Sabbath and festivals are celebrated. The Carmel School Association imparts Jewish education and the Jewish Community Center is the main social and recreational organization that serves the Jewish community.

Sikhism
The Sikh community was created when members of the British Armed Forces came to Hong Kong from Punjab, India, in the 19th century. There are approximately 10,000 Sikhs in the city today. The main days of religious significance for the Sikh community include the birthdays of Guru Nanak, the founder of the religion, and of Guru Gobind Singh, the 10th Guru. Like all Sikh temples, the gurdwaras in Hong Kong provide free meals and short-term accommodation to visitors.