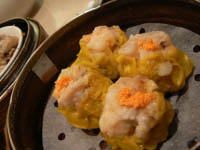 Hong Kong is a wonderful city to live in, with its beautiful nature reserves and marine parks on one hand and its modern cosmopolitan nature and thriving economy on the other. It’s also a great place for family life as there are plenty of exciting places to visit. Here are some family friendly things to do in Hong Kong for expats.

Spend a day with nature

Perched on the northern slope of Victoria Peak, the Hong Kong Zoological and Botanical Garden is one of the oldest zoological and botanical centers in the world. The garden is divided into two sections, both of which are linked by the Pedestrian Tunnel.The eastern section is the older portion of the garden and has attractions such as the Greenhouse, Fountain Terrace Garden, Aviary and Jaguar Cage. The newer garden in the western section is mainly used for feeding the reptiles and mammals. Kids and parents alike won’t help but wonder at the sheer diversity and number of the various birds, reptiles, mammals and plants. There is free admission to all parts of the garden.

Hong Kong Disneyland, on Lantau Island, is close to where much of the city’s expat population lives. This is truly a classic kids’ paradise made even more enjoyable with the recent addition of Toy Story Land, featuring rides based on beloved characters from the movie franchise. The famous Flights of Fantasy Parade takes place at 3.30pm everyday and the grand fireworks show happens at 8pm. End the day with dinner at The Enchanted Gardens Restaurant at the Hong Kong Disneyland Hotel or for at the Plaza Inn, for a unique experience that includes 19th century Chinese table service.

Hong Kong has a large number of dim sum restaurants and a typical menu can have up to 150 dishes. The entire range of dim sum consists of as many as 2000 items. Dim sum means ‘touch the heart’ and it’s a perfect way to spend some time with those closest to your heart. Children love dim sum because of the variety of dishes and also because each item is like a small tasty snack, rather than a proper meal. Dim sum is usually eaten at brunch or lunch, but tastes as good any time of the day. Hong Kong’s dim sum restaurants are always packed with families. Waiters wheel carts full of dishes right up to your table and you can simply point at the ones you want. Some of the popular dim sum places in Hong Kong include Luk Yu, which has the look and feel of a traditional Hong Kong tea house; Tim Ho Wan, which is often referred to as the ‘cheapest Michelin Star restaurant in the world’; and Tin Lung Heen on level 102 of the Ritz Carlton, which has some spectacular food on offer, with a view to match.

The Hong Kong Space Museum’s egg-shaped dome is easily recognizable on the Tsim Sha Tsui waterfront. It is the first local planetarium and spans an expanse of 8000 square meters. The museum has two main halls. The Hall of Space on the ground floor has the ancient astronomical history area, the space station area with many interactive exhibits, and the Launch Vehicles Area, where you can actually learn how to work a gyro chair and launch a rocket. In the Hall of Astronomy, the mysteries of space are explored with interactive equipment and exhibits that delve into the solar system and the universe. The museum also displays a collection of meteorites. The Hong Kong Space Museum was the first planetarium in the world to have a fully automated control system.

The wide, beautiful beach at Repulse Bay is much loved by the locals and visitors. It’s a great place to take a stroll, soak up some sun or watch the sunset. Known to be one of the most beautiful beaches in the city, Repulse Bay gets it name from a 19th century battle in which attacking pirates were repulsed by the British army. Today, it is the perfect place to kick back and relax. Besides swimming and other aquatic activities, there are also places to shop and nearby landmarks to see.