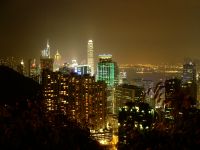 While it is possible for expats to navigate through the process of Hong Kong real estate, local agents often have a hard time accommodating Western demands. Thus, there are many expat-specific agencies situated in Hong Kong to serve this specific purpose. Through whichever method they decide upon, expats looking for homes in Hong Kong can expect to choose from a number of neighborhoods that are either expat-friendly or house a large number of expats.Areas and Suburbs of Hong Kong Island

The Mid-Levels are one of the most popular areas for single expats and young couples relocating to Hong Kong. The area is sought-after due to its close proximity to the Central Business District and entertainment of Soho and Lan Kwai Fong. Additionally, expats with families can find many good international schools and hospitals nearby. Attractions in the area include the Zoological and Botanical gardens and the Mid-Levels escalator.

North Point is a good neighborhood for expats looking for more reasonably priced accommodations and more integration with locals. Although there is little entertainment in this area, there are many supermarkets, traditional wet markets and restaurants for expats to visit. However, the largest draws for expats are the budget-friendly apartments.

Repulse Bay is another Hong Kong neighborhood that is popular for expats. The neighborhood is inhabited by wealthy residents and has close proximity to beaches and excellent international schools. Expats and their families can also enjoy excellent banking facilities, medical services and shopping areas throughout this area. One negative for this neighborhood is that it is located further from the main Business District, taking a half hour at least to get back to the city.

Happy Valley is one of the most popular expat areas because it offers a wide variety of accommodations for expats. Residential areas in this neighborhood include anything from low-rise complexes to modern apartments. Additionally, this neighborhood caters to expats seeking short-term leases. Happy Valley offers a good quiet area still within easy reach of downtown, making it one of the areas of Hong Kong most heavily inhabited by expats.

Areas and Suburbs of Kowloon

The Kowloon peninsula, located on the tip of Mainland China, is an area slightly north of Hong Kong Island and just south of the mainland, or New Territories. Although previously regarded as an inconvenient location, many expats now consider the area a viable option.

West Kowloon is home to many high-rise apartments that attract expats in their droves. Although there are still older apartment blocks that lack modern amenities and facilities, there is plenty of affordable space in this area for expats to live. Additionally, the Mass Transit Railway (MTR) services this area, providing a quick ten-minute commute into town.

Kowloon Tong is a place where many expat families have begun to settle as well. There are many notable international schools in this area which also offers a variety of housing options such as single-family homes, low-rise apartments and gated communities. This area is also connected to town via the MTR, which provides a twenty-minute commute to the main Business District.

The New Territories house approximately half of all Hong Kong residents. Expats also flock to a number of these neighborhoods due to the vast amount of space available and unique areas in which to live.

One of these areas is Sai Kung, a small fishing village that offers a peaceful living environment for expats and their children. Easily accessible islands surrounding this area are often visited by expats on weekends and the Sai Kung Country Park is another popular spot for backpackers, hikers and campers. Expats that choose to live here sacrifice a simple commute for this affordable and green area of Hong Kong.

Lanteau Island is one more popular area for expats and their families. Home to Disneyland, the airport and the country’s largest park, Lanteau Island is home to Discovery Bay, a popular expat neighborhood. This area is significantly less developed in comparison to Hong Kong Island, drawing many people who want to live apart from the fast pace of life in the city. The island is well connected by the MTR and ferry services, however, making this area a good option for expats.

There is no one, sought-after area for expats living in Hong Kong. However, much like joining expat clubs, living in close proximity to others who are also expats poses numerous benefits for adjustment to a new culture and expanding business ventures. Thus, many expats choose to move into areas already heavily populated by others like themselves. With this mindset, adjusting to a Hong Kong lifestyle seems to become a more minor task, facilitating great success in a new location.