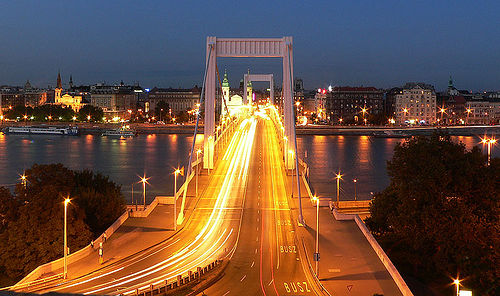 Since its return to a free market economy in the 1990s, and especially since its entry into the European Union in 2004, Hungary has attracted large numbers of expats from across Europe and the world. Its location, right in the centre of Europe, offers great access to almost the entire continent, and Hungary itself offers a wonderful combination of both Eastern and Western European culture. Budapest in particular has a large expat population, but there are now expats across the country.English is widely taught as a second language in Hungary, and it’s therefore easy enough to find someone who has at least a basic grasp of the language, especially among the younger population and especially in the big cities. However, there will inevitably be some situations in which you’ll need to communicate in Hungarian, and if you’re living in or travelling through the countryside, this is even more likely.

Of course, the best thing to do as an expat, no matter where you are, is to actually learn the local language. Knowing a list of phrases makes some amount of sense for a tourist; but as an expat, you’ll need to have a variety of interactions with locals very regularly, and a knowing only handful of phrases will not take you very far in any of these situations. Even being able to speak broken, badly pronounced Hungarian can truly take your expat experience to a new level.

In the meanwhile however, here are ten basic phrases that will hopefully see you through.

Szia! – Hello/Bye!
Almost everyone in Hungary will understand you if you say “Hi” or “Hello”, or even “Bye”, but since this is such a simple greeting, why not learn it? Like “Bye-bye”, you can also double it – use a casual and affectionate “Szia-szia” with your friends.

You of course need to introduce yourself in most conversations, and even when it’s not essential, it can hardly hurt. Making the effort to introducing yourself to the other person in Hungarian is even better!

There’s no reason why you can’t be polite when speaking the little Hungarian you know.

A handful of phrases in Hungarian won’t get you very far, and frequently enough you’ll need to explain to someone that you don’t understand what they’re saying.

This is another useful phrase for when you don’t understand what the other person is saying. If you prefer another language than English, simply replace “angolul” with whatever language you’re looking for. It won’t be perfectly phrased, but it’ll do the job. (German is the language you’re most likely to find spoken in Hungary, besides Hungarian itself.)

You’re likely to use this one a lot in Hungary. The country has fantastic wine, some great local spirits and liqueurs, and some good beer too.

After all, you have to eat too. Being able to communicate that you’re hungry is very important.

Nagyon finom volt – It was delicious

Equally important is being able to say that you enjoyed the food you were served. Whether you’re eating at a restaurant or at someone’s home, this is a useful phrase. If you can’t remember the entire thing, you can just say “Finom!”

Ez mennyibe kerül? – How much is this?

Shopkeepers and vendors often speak English, especially in Budapest and the other big cities, but this is always a handy phrase. The fact that you’re trying to speak Hungarian might also get you a better deal!

You’ll need directions every now and then, and not everyone you ask will speak English. Simply remember this phrase and tack the place you’re looking for on to the end of it. For example, “Hogy jutok el Gresham Palace?”

Before you actually use any of these phrases, it might be a good idea to practice them with someone you trust and get the pronunciations right. Pronunciation is particularly important in Hungarian – something as seemingly minor as a change in the length of a vowel can completely change the meaning of a word.