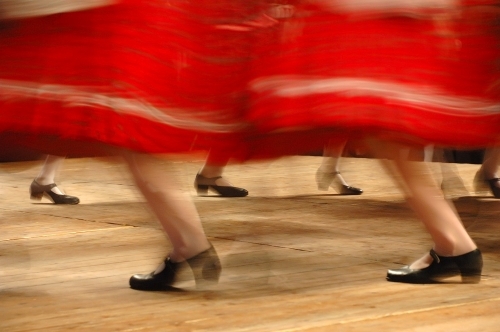 One of the easiest and most enjoyable ways to explore a new culture is through its music. With traditional music, this is particularly enriching and rewarding – contemporary music today tends to incorporate a lot of familiar, global sounds, but the traditional music of almost any country is often rather unique, giving you considerable insight into the local stories and ethos.
The traditional folk music of Hungary ranges from soft, gentle tunes to rambunctious dance styles to aggressive marches, and plenty more. There is Hungarian peasant music, Hungarian Romani music, and even modern classical music that borrows heavily from the traditional tunes. Here are a few artists you should check out.Béla Bartók: One wouldn’t call Béla Bartóka a folk musician, but he is without a doubt among the most influential figures in Hungarian folk music. Bartók was not only one of the greatest Hungarian composers, but arguably one of the greatest composers of the 20th century. In addition, he is considered to be one of the founders of ethnomusicology, a field in which he did a huge amount of groundbreaking and influential work. Bartók had an early interest in Hungarian folk music, but during his middle age he became more actively involved in tracking it down and recording it. The influence of Hungarian and other folk music on his own compositions also became stronger during this period.

Fono Folk Band: If you want to listen to high-quality recordings of traditional Hungarian folk music being played with traditional instruments and arrangements, the Fono Folk Band is one of the best options. The band has been performing together for nearly 20 years now, and like many prominent Hungarian folk musicians, they also do a great deal of professional work in the field of ethnomusicology. This access to and familiarity with authentic folk music, combined with their technical skill and access to modern technology, means that you can actually hear modern recordings of Hungarian music that is essentially over a hundred years old. The band also conducts educational concerts and workshops for children; another thing to keep an eye out for.

Márta Sebestyén: Although Márta Sebestyén isn’t purely a Hungarian folk singer, she’s one of the more widely known contemporary musicians working within that space, and is therefore a good place for an outsider to begin exploring this music. Sebestyén’s work has been influenced by many different styles from around the world, and she has collaborated with plenty of musicians, ranging from the Hungarian folk band Muzsikás to the electro-world music duo Deep Forest. While her work with Muzsikás is more firmly in Hungarian folk territory, the collaboration with Deep Forest has also been well regarded, and even received a Grammy Award in 1996. Sebestyén has also contributed to the soundtracks of several international films, the most famous of which is probably The English Patient.

Irén Lovász: Like Sebestyén, Lovász does much more than Hungarian folk music, and the Hungarian folk music that she does play is usually not completely traditional in style. However, because of her extensive experimentation and collaborations on the international stage, her music is relatively easy to track down. Lovász has done a lot of excellent contemporary, jazz, and world music, but if you’re after Hungarian folk, the albums to look out for are her collaborations with the Makam Ensemble, a Hungarian folk group. The three albums she did with them – SkanZen, 9 Colinda, and Sindbad – are comprised of ethno-jazz interpretations of old Hungarian folk songs.

Mónika Juhász Miczura: If you follow Beyonce, you may have heard about the recent accusations over unauthorized samples in her song Drunk In Love. Well, the singer whose work was allegedly sampled is Mónika Juhász Miczura, a Hungarian Roma singer who has much more to her credit than this legal case. Miczura, also known as Mitsoura (which is also the name of the ensemble she plays with), was originally part of Ando Drom, a widely renowned Hungarian Roma ensemble dedicated to both preserving and further developing their traditional music. Miczura’s music after Ando Drom is a more contemporary mixture of sounds including jazz and electronica, but the Hungarian and Roma influences are still strong. She has also collaborated with several Roma-based international bands and contributed to a number of film soundtracks.