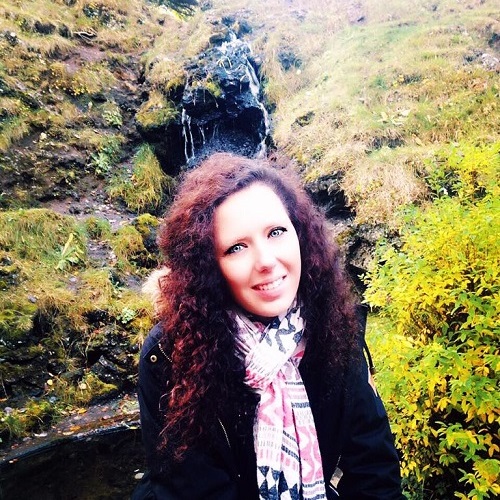 I’m Crystal, an American figure skating coach working in Iceland. I’ve travelled through 24 countries and write about my various adventures and even more clumsy mis-adventures.Where, when and why did you move abroad?

I first moved abroad to study literature at Queen Mary, University of London during the 2014-2015 academic year. In addition to falling in love with the UK, I became obsessed with travelling, visiting 18 European countries during the year abroad. One of my favourite countries was Iceland. Just before I graduated university in December 2015, I applied for a job coaching figure skating in Iceland. I received the job offer and moved to Reykjavik about two weeks after graduation.

Everything happened so fast! I was preparing the extensive paperwork for my Icelandic visa in the middle of my last finals week of university. I packed up and drove my car between Colorado and Pennsylvania, then flew to London in early January, and a few days later flew to Reykjavik. While most of my students speak English, many of the youngest ones do not, which was a big challenge. In order to better communicate with them, I started learning Icelandic.

I arrived at the darkest time of year and it was hard to adjust to short hours of daylight. When I first got here, the sun wouldn’t rise until 11:42 AM which made it feel like it was 6 AM. I was practically nocturnal for a few weeks staying up until 5 AM and waking up at noon. In the summer, the sun never really set fully and there were just a couple of hours of twilight between midnight and 2 AM, which was just as hard on my sleep schedule! But the biggest challenge of all was a totally unexpected type 1 diabetes diagnosis in September! Fortunately, the health care in Iceland is top notch and I have amazing doctors. 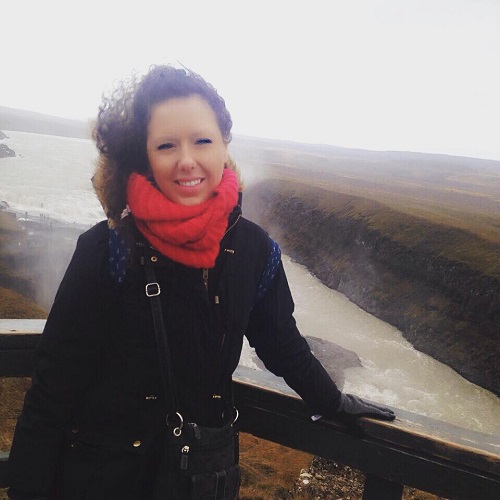 I live in a suburb of Reykjavik, called Grafarvogur, where there aren’t many expats. I’ve only met a few and most them work with me. Most of the expats I know are either married to Icelanders or attending university in Reykjavik. There aren’t many expats I know of with a working visa. Iceland has a policy that job openings must first be filled with Icelanders, then Europeans, and then elsewhere. I am lucky that I had a company willing to sponsor my visa.

The landscape is absolutely beautiful! Nature is so raw and harsh, with glaciers, geysirs, waterfalls, black sand beaches, and the northern lights. It’s really amazing. For such a tiny country, it also has a lot of culture. There are always holidays and festivals like the Winter Lights Festival. For example, two days before Lent, they have “Bolludagar”, which in English is “Cream Puff Day.” On this day, you are supposed to go around with a paddle and if you hit someone, they are supposed to give you a cream puff! Right now, they have “Jólabókaflóðið” or “Christmas Book Flood,” where there is an increase in book publication in preparation for the Christmas Eve book giving tradition. As an aspiring novelist, I love that Iceland publishes more books per capita than any other country! 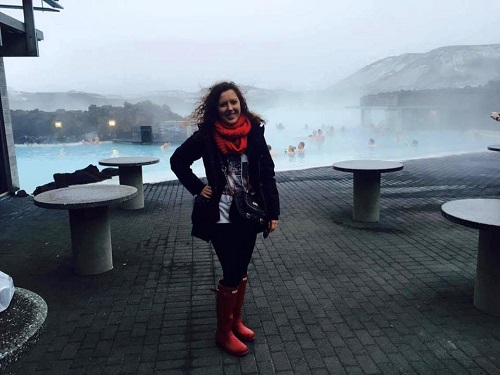 Having four places I’ve lived for extended periods of time, in three countries, I am no longer fully at home anywhere. No matter where I am, there are always people I care about and places I love that are not there. That said, I’ve had the opportunity to see many places and meet many people because of my lifestyle and I wouldn’t trade that just to have one home base.

Iceland is regularly ranked as the world’s safest country and due to the small population and low crime rates, the children have a lot more independence. Icelanders famously will leave their napping babies outside of a café in their strollers. When I first moved here, I was concerned when I saw two of my 10-year-old students alone at the grocery store after dark (which in Iceland in the wintertime in 4 PM). I asked them if their parents knew where they were. They told me they walked to the store on their own. That would be like American children walking to the local Wal Mart at night! Even my youngest skaters will ride the bus alone. I have one 7-year-old who regularly gets taken to the rink by her 9-year-old brother. Once on the bus, I saw two girls not more than 8, with a toddler on the bus.

Make sure you actually visit Iceland before you move here. I visited Iceland for the first time in a cold and dark February so I knew I could handle the terrible weather like the harsh wind, sideways rain, and sidewalks coated in ice. I actually like the terrible weather, it enhances Iceland’s charm, but just know what you are signing up for! I’d also suggesting starting the preparations for the move, earlier than I did, if you can. There is so much to do and learn and I really could have used a few extra weeks.

Once I am done with my time in Iceland, I will coach back home in the States. I have a children’s book set for publication so I will be busy promoting that, as well as doing some type 1 diabetes advocacy. I have been involved with the Miss America Organization for nearly 10 years and will compete in Miss Colorado for my final year of eligibility this June. At some point in the future, I’d love to do a work and holiday visa to Ireland, Australia, and/or New Zealand.

You can keep up to date with Crystal's adventures on her blog, Stranger in a Strange Land.