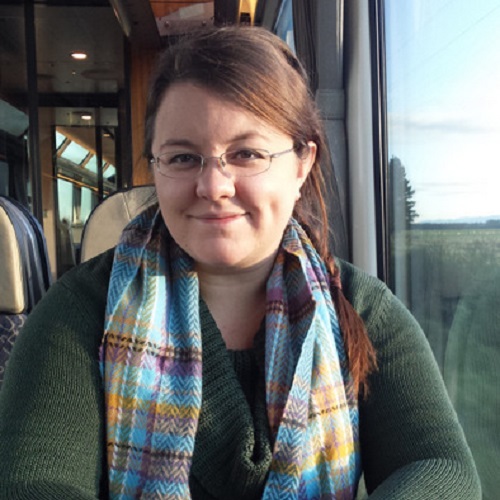 As a travel-addicted dreamer – although it’s hard to tell from my developing English accent – I originate from New Zealand, also known as Aoteoroa, Middle Earth, Hobbitland or Land of the Long White Cloud. As a country, we are known as ‘Kiwis’; not necessarily the small furry-skinned brown fruit, but named after a small flightless bird who lives in our forests.Where, when and why did you move abroad?

I left New Zealand for a variety of personal and career reasons, but mostly for a brief taste of the exciting expat life that I had read about and was hoping to quell my yearning for exploration with. I had only intended to live away from home for 2 years, but 10 years, a husband and a small tabby cat later I’m very settled in my adopted home.

One of the easiest things about moving to England was settling in – which I think is unusual – but I came from a Commonwealth country with a common (well, common-ish there were more differences than I thought) language and strong links with the United Kingdom, so strangely it felt like home almost immediately. One of the biggest and most unexpected challenges was making really good friends – most people tend to (understandably) have really well-established roots and no need of a pesky Kiwi adopting them into her tribe.

With a booming population London is a melting pot of expats, culture and languages, expats and residents who speak with a melange of accents, but starting up my blog and joining social media really was the incendiary device to meeting new people and forming meaningful relationships. The problem with such a large city is that people are spread all over the place and it can be hard to settle into a community even when you’re prepared to commute just to see everyone.

The sheer wealth of opportunity. If you are cheeky enough to step over the usual bounds of behaviour and have the confidence to ask, it is amazing where you can find yourself. Also, the foodie scene in London is flourishing to say the least, the ability to travel easily and extensively is amazing (I’ve even been to Paris for lunch) and the wealth of history still astounds me to this day (for instance we got married in a 1000 A.D. Norman Church. Crazy, no?)

Mostly that New Zealand is such a long way away. Unfortunately that’s what happens when you disappear and fall in love with a city on the other side of the world, but we try and visit for the biggest milestones and video chat for everything else. In many ways technology means that as a family (who has lived split amongst different New Zealand cities for years) that we probably communicate more that we might have otherwise.

At this point, I honestly don’t know. Having passed a landmark birthday recently I’m deciding what career road to venture down (or whether to stay my course) and travel is ever crooning my name (wanderlust never seems to die down) but I do know that I’ll forever be trying to plan as many adventures as I can fit into the calendar.

You can keep up to date with Emma's adventures on her blog, Adventures of a London Kiwi.