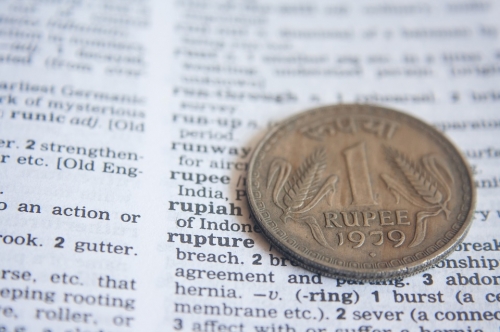 In their place are new 500 and 2,000 rupee notes, which have new security features and the government says a new 1,000 rupee note, the most popular note in the country, will be redesigned and reintroduced at some point in the future.But let’s not forget the millions of Indian expats dotted around the world, who may be holding the redundant notes for use when they return home.

When the measure was unveiled in November 2016, the banks almost immediately ran out of cash as Indians rushed to exchange the notes for new ones – which sparked a frenzy, since the two notes account for 85% of cash that’s in circulation.

It is important to appreciate that the Indian economy relies heavily on cash, particularly with low income people, as well as traders, and not many people use debit cards or smartphone apps for transactions.
While the move was aimed at tackling tax evasion and corruption, there was also a restriction imposed on how much people could withdraw in cash from ATMs.

Over the coming days and weeks, lengthy queues at banks were a common sight across the country, while Indian expats around the world had to find money exchanges that had been supplied with the new notes. For Indian expats in the Middle East, for example, they also had to contend with the problem of exchanges quickly running out of the new notes they had.

To help complicate matters, the government also imposed a deadline for the exchange of these bank notes, which was set at 30 December.

However, the government also made clear that Indians could deposit the old notes in their post office or bank accounts until 30 December, without a limit being imposed, but they were limited to daily withdrawals of 10,000 rupees or 20,000 rupees a week.

Since most Indians do not have post office or bank accounts, this meant they had to exchange the money for the new notes and also show proof of identification when doing so.

Indian expats living overseas also had the opportunity to place the banknotes into non-resident, rupee denominated accounts – though British banks and Indian banks in the UK made clear they would not accept the notes.

Many foreign banks also refused to accept the old notes which meant that Indian expats were faced with the prospect of travelling back to India, just so they could exchange the notes in person.

However, the government relented in the face of growing criticism from Indians living overseas and they have until 30 June 2017 to exchange their notes.

There are a number of issues that expats living in India need to appreciate and there are more of them as the country grows in popularity for its expat opportunities.

One of the obvious downsides to the Indian government’s move is that expats and tourists in the country also struggled to exchange the notes and find cash for everyday use, since the banks and ATMs were tied up with locals trying to beat the deadline.

Also, according to an HSBC survey, expats working in India are the third best paid in the world, earning an average of $145,057, so these well-paid employees would struggle to enjoy their hard-earned rewards.

In addition, around 89% of these expats enjoy at least one financial benefit as part of their employment and 44% say they are managing to save for investments and the future.

The one thing that these expats and Indians will need to appreciate is that the regulatory developments have also affected how they can send money from India to another country.

Also, because the Indian government has a range of financial regulations that limit how much cash can be remitted, it has also imposed restrictions on the purposes for the money as well as. There isn’t space here to go into the details of the Foreign Exchange Management Act which regulates all foreign-exchange transactions, but expats should learn more about the regulations, to avoid falling foul of them.

The basic issue for expats is that it’s generally more difficult for them to remit money out of the country, than it is to remit it in and expats are now restricted to bringing just Rs.25,000 (£298/$367) per person into the country. This is obviously an issue for Indian expats looking to exchange their old rupee notes.

Also, old notes must be declared at the airport as well as India’s other entry points.

There’s no doubt that the new laws were poorly planned and implemented, since just one third of the money removed from the country’s financial system had been replenished by the end of December, and just 40% of India’s 220,000 ATMs have been able to distribute cash regularly.

There’s been a boom in digital payments since the new rules came in, but many people have been struggling with cash shortages, particularly those in rural areas.

The upside of the move comes from the Reserve Bank of India, which has revealed that 12.6 trillion rupees have been deposited with banks since the banknotes recall was announced, which is far more than the government had predicted – and also points to the fact they have seriously underestimated how much untaxed wealth was being held by its citizens.

It has also been revealed that far more people are now paying tax because of the move – which is impressive in a country where just 1% of Indians pay income tax.

Finally, for all expats living and working in India, the current situation isn’t quite over yet since they need to be aware that there are moves in the country’s parliament, that will make holding the old banknotes a criminal offence from April 2017.