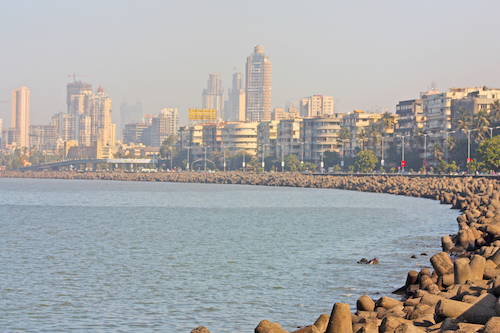 Everyone who enters India must arrive using the correct visa for the purpose of their visit and their intended length of stay. Migrants are allowed to work in India, but only if they have an employment visa (known as the E visa).In order to obtain an employment visa, you need to make a formal application, pay the non-refundable application fee and provide all required supporting documentation. Ideally, this would be done via the Indian Embassy in your home country before you arrive in India.

Employment visas are only issued for jobs which have a salary in excess of $25,000 per year, and which require a high level of specialist skill and expertise. For example, this means that a doctor or a senior manager would be accepted subject to all conditions being met, whilst an administrator would not.

What Types Of Jobs Are There In India?

The Expat Focus article ‘Moving To Bangalore? Learn What Makes It Such A Great Expat Destination’ explains that the city offers job opportunities in the fields of accent training in call centers, translation, real estate, banking, biotechnology, aviation, animation, gaming and automotive manufacturing. There are plenty of companies in Bangalore that employ expats in management positions.

The better paid jobs – for which you will need your Employment visa – will be located in cities. They may involve travel to rural areas depending on your specific job role, but cities are where head offices and major facilities are located.

A second Expat Focus article, ‘Will India's Smart Cities Plans Bring More Expats To The Country?’, discusses India’s Smart Cities development plan, which hopes to modernise 100 mid-size and satellite cities across the nation with modern infrastructure and technology at its heart. Expertise in everything from water and sewerage systems to clean energy and transport design will be in demand.

There is demand for English teachers in India. However, if you don’t have teaching qualifications, you will find it difficult to secure paid work. Instead, a number of companies can place you in volunteer roles, although payment from you is typically required for these positions. The website Go Overseas lists a number of examples of these projects.

International Schools in India are popular. They employ a mix of Indian and international staff, who are paid for their services, and may have their accommodation arranged by the school.

To be employed by the school, you need to hold good general qualifications and be a qualified teacher. Some school vacancies are filled through job recruitment companies, while other schools will recruit from the applications sent direct to the headteacher.

Other Aspects To Consider

Before heading off to an exciting opportunity in India, consider the kind of environment you want to live in and any other issues that will affect your quality of life there.

Canadians Deborah, Jon and Myles moved from their expat home in London out to Bangalore. They told ExpatFocus about their reasons for moving, demonstrating the importance of family and friends in the decision to relocate.

“Deborah had been director of a campaigning charity in London and was looking for more opportunities to build something ‘on the ground’ rather than fighting politicians. Jon had recently received an MA in Creative Writing and was craving time to write on a full-time basis. Myles was old enough to appreciate living abroad and young enough to move without too many home ties.

“We chose Bangalore (after many other considerations) because it offered Deborah the most opportunities and was affordable enough to allow Jon to write. Also, we have a very good friend here who made our transition much smoother than it would otherwise have been.”

Eli, an expat from Norway, moved to Mumbai with her teenage children so her husband could take up a job there. The company helped them with many practical aspects, such as finding an apartment. However, Eli told ExpatFocus that finding a new set of interests was important to her as she suddenly became a spouse without a job.

“For me, leaving behind a life where I worked full time, to being ‘just’ an expat wife and mum was a huge change of scenery. However, there are a lot of activities to join in in Mumbai, and it is an exciting city to explore. The difference between rich and poor is huge, and that reflects my life here. I am a volunteer in an NGO and work with education for kids from low-income families, and I also do activities like yoga, writing, tours, dancing and so on.”

Elizabeth Huesing moved to Chennai following a visit to an ashram in Southern India. As a divorced mother of two who had travelled widely, finding a job that financially supported her but also allowed her to strengthen her spiritual path was the key aim. However, hers was a move that also brought a surprising and romantic result.

“I am a former suburban soccer mom and technical writer from Boulder, Colorado who has plunged headfirst into a dizzying new life and high-tech career in the chaotic city of Chennai, but I am managing to keep one foot in the ashram that brought me here in the first place.

“I have also met and married my new husband, who is British, writes books on Indian saints and has lived near the ashram I initially visited for the past 36 years.”

These real-life expat experiences in India are a good reminder that seeking work is only part of the equation. Work brings in income, and the right job will strengthen your skill set and CV. However, have a think about what your overall aims are, and how all the other members of your family will be affected. If you understand what you are looking for, you have a better chance of your new job and life working out well.

In some Indian states, you can face a prison sentence of up to 10 years for the possession or consumption of alcohol. Others allow expats and non-resident Indians to buy a 30-day alcohol license.

This means that you shouldn’t assume that all your colleagues or employees want to enjoy a drink after work, or that a bottle of wine is the best gift when attending a private dinner party. Even if the household is not Muslim, the consumption of alcohol is not to be assumed.

Recreational drugs are illegal in India. If you are caught in possession of a small quantity for personal use, you will spend at least six months in an Indian jail cell. For a larger amount, you will face up to 10 years in prison. To make matters worse, you could spend years in detention before your case even gets to court. Your case will not be fast-tracked, or the sentence reduced, just because you are a migrant or the important employee of an Indian company. At the end of your sentence, you would be immediately deported.

Homosexuality has recently been decriminalised in India. However, many people still hold conservative values, especially outside the big cities.

You might join a group of colleagues on a trip to the cinema one evening as part of a work social outing. Since November 2016, it has been a legal requirement for every cinema to play the national anthem at the end of each film screening. All members of the audience will stand when this happens, so don’t get caught out sitting down!