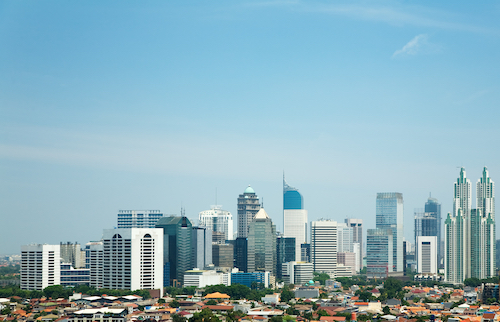 In Indonesia, formal education is compulsory and is divided into three levels: primary, secondary, and tertiary. There are plenty of public and private options for expat children in Indonesia. Here is an overview of what the Indonesian education system is like and how to choose the best schools for expat kids.Education for a child in Indonesia can be either formal or informal. Informal education defines those classes children take to prepare them for formal education including playgroups, kindergarten classes, Pesantren or Islamic boarding school, and homeschooling.

Formal education, on the other hand, begins from primary to secondary level. Attaining university education is not mandatory and most Indonesian students are employed immediately after graduating from secondary school. The quality of education also varies with the region. Schools in urban areas have higher standards of education than schools in the rural areas.

Schools in Indonesia are either privately owned or are public education institutions run by the government. The public schools are sponsored by the free education program established by the Indonesian government. Private schools are more beneficial at the primary and secondary level; they offer a high-quality education standard that surpasses government education.

School sessions officially begin in mid-July and end in mid-June the next year. Classes begin at 7 am and end at 1 pm; this may vary with private schools running their own curriculum. All students receive about 40 hours of classes each week, although again this may vary between schools.

Pre-school education in Indonesia comprises of kindergartens, or Pendidikan Anak Usa, and is designed to prepare children to join an elementary school. Pre-school in Indonesia is available for children aged 7 years and below; most start at the age of two. Children are taught basic skills like reading, writing, and counting. Almost all pre-schools in Indonesia are privately owned.

About 93% of the established elementary institutions are run by the government. The Indonesian government provides free elementary education for 1st graders aged between 6 and 7 years, and 3rd graders aged 14 to 15 years joining Junior High.

Classroom sessions in elementary education begin in July. It is important that your child registers in early April to be considered for the July session. For public elementary institutions, the principal reserves the right to enroll a student in their school. In private schools, the board and parent’s association also take part in enrolling new students.

Your child has to be between the ages of 6 to 11 to join an elementary school. Subjects taught to students include maths, history, geography, art, and physics. Local languages are taught at the elementary level as well, the mandatory one being Bahasa Indonesia. Other co-curricular subjects include physical education, information technology, and religious studies.

All subjects are taught in the national language, Bahasa Indonesia. English is introduced later in the fourth grade. As an expat parent, it will be advisable to enroll your child for Bahasa classes before they join formal schooling. This will help them fit in and cope better.

Indonesia is partly an Islamic nation. Indonesian natives who practice Islam have their own version of elementary school known as Madrasah ibtidaiyah. The curriculum taught is based on Islamic religious studies. Students who attend madrasah also graduate by the end of the elementary level and are eligible to join secondary education.

Secondary education, or Sekolah Menengah Pertam, is the final stage of formal education. After graduation from junior high, Indonesian students either are absorbed into the job market or willingly choose to pursue university education. Students between the ages of 12 and 15 are eligible to join junior high school.

The curriculum taught at the secondary level is similar to the one in elementary school. Junior high students are taught an advanced level of math, physics, history, geography, the arts, and Bahasa. Advanced levels of education beyond secondary are not compulsory. The student then has the choice of attending senior high school or vocational training school.

Senior high school, or Sekolah Menegah Ata, is designed to prepare the student for university education. Vocational training school, or Sekolah Menengah Kejuruan, is designed to teach the student a specific skill that helps them get absorbed by the job market. Since the government does not mandate students to pursue university education, there are fewer senior high schools in Indonesia than there are vocational training schools.