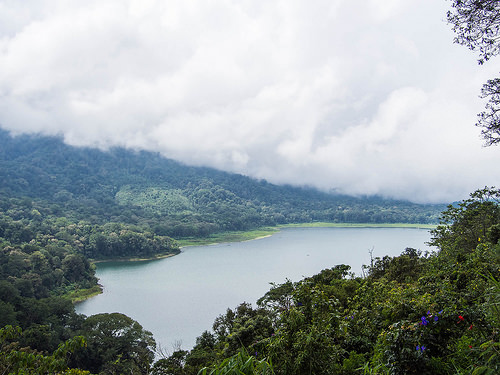 Indonesia, the fourth most populous country in the world, is a land that is blessed with abundant natural resources. In earlier times, the Portuguese, English and Dutch all tried to establish their control due to the country’s rich store of valuable spices. Indonesia emerged from Dutch occupation and achieved independence in 1945, and today it consists of numerous ethnic and linguistic groups that have developed a shared identity.Indonesia attracts its fair share of expats, and many are concentrated in the popular tropical destination of Bali, while others live and work in the bustling capital city of Jakarta. Here are some of the reasons why Indonesia is considered an expat paradise.

Indonesian food is diverse and flavorsome, and available in numerous restaurants and street stalls. For expats craving a taste of western fast food, from Burger King to Pizza Hut, Indonesia has several of these eateries too, located across the big cities. International cuisine is also on the menu in a number of excellent restaurants catering to different budgets. The sale of alcohol is subject to strict regulations and is also quite expensive, but there are many reputable clubs and bars that serve it. In spite of the rather strict religious and social norms, expats can especially look forward to the nightlife in Jakarta city. This modern city never seems to sleep, and a great variety of music, art, and culture is showcased in the form of frequent festivals and other events. Shopping is a popular pastime in Indonesia, and the country is home to several upscale malls that offer most major international brands. There are also local markets that sell everything from hand printed textiles to local crafts.

Expats accustomed to the cold and overcast weather that usually dominates winters in many western countries will experience Indonesia’s tropical climate as a pleasant surprise. Throughout the year, daylight occurs for approximately the same duration, with sunrise at 6 in the morning and sunset at 6 in the evening. Indonesia has a monsoon season from November to March, but the climate stays warm and rainfall occurs for only short periods. This type of tropical weather usually means a lack of chilly or dry days.

Indonesia has plenty of great places to eat out, and expats will be treated to a colorful, diverse and spicy cuisine during their stay in Indonesia. There’s always something new to try due to the sheer variety of regional specialties originating from Indonesia’s many islands. Most of the dishes are focused around rice, and nasi goreng (fried rice) is considered the country’s national dish. It is found throughout the country, in restaurants, dinner tables in homes and food carts on street corners. Other popular Indonesian dishes include satay (chicken or lamb skewers), different types of sambals and eis cendol, a dessert made with shaved ice, coconut milk and tropical fruit.

While public transport in many countries may be easily affordable, the taxis tend to be quite expensive. But Indonesia is an exception. Taxis are widely available in the cities and the fares are extremely cheap. Taxi drivers are also willing to wait for you while you complete your chores, if you leave them a tip. Not many expats drive in places like Jakarta, as they prefer to employ a driver with a good knowledge of the area. This can be a huge advantage in this busy city since it can take a while to reach any destination. The other benefit of taking taxis is that you don’t have to be concerned about finding a parking space and it also saves on expenses such as gas and repairs. Most of the taxi companies that operate in the country are licensed by the government. There may be a shortage of taxis during heavy rain showers.

Indonesia has a thriving expat community and there are quite a few established associations that meet regularly and organize various events. The expat community can be a source of support and companionship for new expats. Many expat organizations also offer advice on common issues expats face as they adjust to life in a new country. Some of the expat organizations in Indonesia include the British Women’s Association, Australian & New Zealand Association (ANZA), British Chamber of Commerce in Indonesia (BritCham) and the Nordic Club.