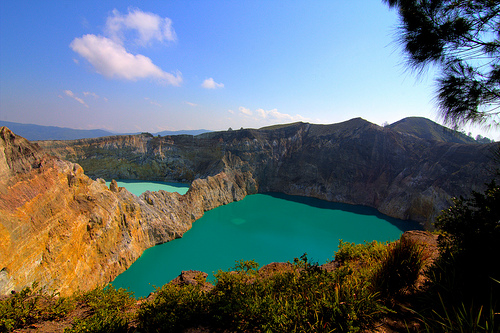 Indonesia is one of the fastest growing countries in South-East Asia, with a vibrant local culture and a rich history of dance, music and crafts. Due to its economy and industry, Indonesia is also home to a rapidly growing expatriate community and has many things to offer newcomers. However, like moving to any other country, moving to Indonesia comes with its own pros and cons. These are a few of the things that you should keep in mind while living in Indonesia.Pros

Travel: Living in Indonesia gives you the opportunity to travel around South East Asia, to places such as Malaysia, Vietnam, and the Philippines. Indonesia itself offers a lot of things to see, including visiting the island of Bali, the Komodo and Rinca islands, and Sulawesi. If you are a surfing enthusiast, there are some great options open to you. Sumatra and Bali offer the best beaches for you to indulge this hobby. You can also visit UNESCO world heritage sites such as the Borobudur Temple Compounds, Sangiran Early Man Site and the Ujung Kulon National Park.

Food: With more than 17000 islands making up the country, Indonesia has a very vibrant local food culture and if you have an adventurous palate, there are a number of local specialities for you to enjoy. Redang, nasi goreng and satay, some of the mainstays of Indonesian food, have been voted amongst the world’s 50 most delicious foods in a global reader survey by CNN International in 2011. Other Indonesian delicacies include sambal, soto, laksa and and bakso.

Easy language to learn: The national language, Bahasa Indonesia, is relatively easy to learn since it uses the same alphabet as English and the verbs aren’t conjugated as they are in English. You should start learning the language before you get to Indonesia so that you can try out both your vocabulary and accent when you arrive!

Nightlife and culture: The best place for thriving nightlife is the capital, Jakarta. A number of the nightclubs feature international acts performing there and you may even find a band from home performing there! Dance is a very important part of Indonesian culture and there are number of hotels, especially in Bali, that offer shows of traditional dance forms such as the Legong, the Baris and the Cecak or the Monkey Dance.

Corruption: This is one of the main problems plaguing both the government and expats doing businesses in Indonesia. The government is now taking steps to counter corruption in the civil and justice systems but progress is slow.

Traffic: Despite being a very populous country, the infrastructure in Indonesia leaves a lot to be desired. The roads are not maintained even in large cities, such as the capital, Jakarta, and sometimes going even a relatively short distance will take you a long time.

Imported products: If you are craving any favourite supermarket commodities from your home country, these will probably be quite expensive. As a result, it would be best if you tried to find local substitutes or have friends who are coming to see you bring these items for you.

Healthcare: While you will find that most medical problems can be tackled in Indonesia, you may still have to visit nearby Singapore for world-class facilities for major illnesses. You may also find that Indonesia has lower standards of sanitation than other places you have lived so far, and dengue fever and diarrhoea are rampant in the country. As a result, you should ensure that you drink bottled water and be careful about the food you eat so that you don’t have stomach problems.

Conservative environment: Indonesia is a secular country by definition, but it is also the world’s largest Muslim country. Over the past few years, there has been a slide towards conservative Islam, and this has had an effect on the arts and culture of the country. There have also been some instances of extremists bombing places with a large population of Western tourists.