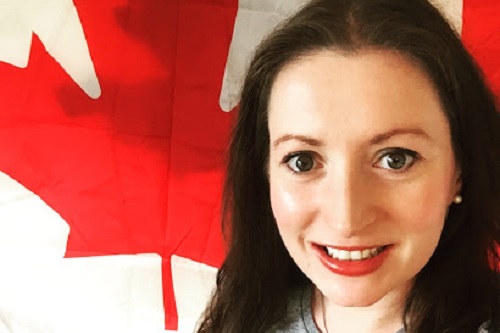 My name is Grace Taylor, and I am a Canadian expat currently living in Ireland.

My first international move was to the US, where I finished my university degree and ended up working after college for several years.Then my most recent move was to Ireland, which was via a transfer with my company. That was just over a year ago.

The move itself was very simple, as I have a pretty minimal number of physical possessions. The challenges have arisen mostly in the realm of immigration and related restrictions, like when I found out that Irish banks wouldn’t allow people with my visa type to take out a mortgage, dooming me to renting in Dublin’s overpriced market!

There are quite a few; Dublin is a pretty diverse city and I’ve met a fair number of expats both within my company and elsewhere. But there aren’t so many expats that it’s been difficult finding local friends. It’s a good mix.

I like the walkable scale of Dublin, and the ease of access to the rest of Europe via so many affordable flights. I also really enjoy the overall culture of the city; it’s friendly and there’s always something to do.

It’s not easy being in a time zone 8 hours ahead of my friends and family back home, and the flights back to Vancouver are also fairly costly and time consuming. And, while this is far from specific to expat life, the housing crisis in Dublin does pose its own challenges.

The overall cultural differences between Canada and Ireland are pretty minor, but sometimes that’s what makes the small differences all the more noticeable! For example, I find Irish people are generally more open to socialising with people they’ve just met, whereas at home you might be more likely to just stick to your group of friends on a night out.

I would say, if someone has an interest in expat life, they should seek out opportunities and jump at any chance they get! I actually don’t even think it’s necessary to be super selective about where you go. I didn’t specifically seek out Ireland but when the opportunity presented itself, I took it, and I’m so glad I did. The experience will be what you make it, and that’s largely dependent on having a positive attitude and being adaptable.

I plan on exploring as much of Europe as possible, and eventually moving towards location independence. Instead of formally moving back home, I’d like to try living with a few different home bases around the world. There are too many great people and interesting places to choose just one!

You can keep up to date with Grace's adventures on her blog, Gracefully Expat.