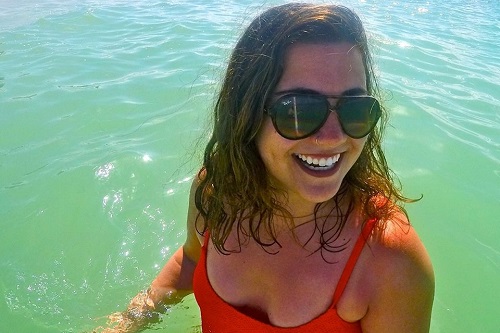 I moved to Dublin about a year after I graduated college.My friend found out about the Working Holiday visa that allows recent US college grads to live and work in Ireland for a year and knew I was the only one crazy enough to move abroad with her. It was great timing for me – I was in a job I really didn’t like, my lease in my apartment was ending soon, I had no pets, no boyfriend, not much furniture (what I did have I handed down to my little brother starting college), and it was really just a perfect time in my life for me to do something like that since I didn’t really have anything tying me down in Louisiana.

I landed in Ireland with basically nothing lined up. I had a hostel booked for 2 nights and then a Homestay booked for a week (which we ended up having to extend to 2). I had no job, no place to live… nothing. And there was a lot I had to do upon arrival. Get an immigration card, open up a bank account, get a cell phone… the first month flew by because there was so much to do and set up!

I do find that there’s quite a few expats in Dublin, but not many American ones… at least not many that I’ve encountered, anyway. There are a lot of Canadians on the Working Holiday visas, though. There’s also a lot of Brazilians, Italians, and Spaniards in Dublin studying English. Dublin’s becoming a very multicultural city! 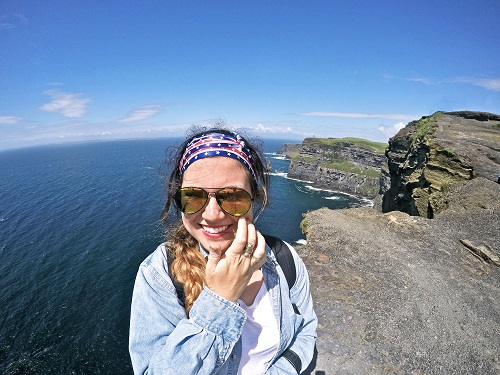 There are so many things I love about being here. First, I love the Irish people and culture. People are very friendly, very laid-back, very proud to be Irish. I’ve never lived in a big city like this before, so I just love how there’s ALWAYS something going on (especially during the summer). There’s never a dull moment of city life! I’ve also been watching everything happening in the US – from the presidential campaign to shootings to racism – from way over here and it puts a totally different perspective on everything. You don’t have any of that here. It’s a much simpler, much more drama-free way of life.

I’ve had to miss multiple friends’ weddings, big reunions, Thanksgiving, Christmas, and Easter with my family, Mardi Gras… and that’s hard. There were also some points where I called home crying because I thought I didn’t have any friends here. I’ve made friends here, but it took a lot more of an effort. At home it was so easy to make friends because you just naturally become friends with people from your hometown, from high school, and then from college… and those friendships just happen organically from being around them, having mutual friends/connections. Here, I had to REALLY put myself out there and really make an effort to try and make friends, which I’ve never had to do before. I had to try to get in with groups of people who have known each other for a long time, who have a history together. I’ve made some great friends here, but it’s easy to feel lonely at first in a big city where you don’t know anyone.

ACCENTS. I know people here speak English, but when I first moved here I basically had no idea what anyone was saying. I’ve gotten much better at it now and don’t really notice the accents anymore for the most part. But every now and then I’ll encounter someone with a super thick accent and I’m back to square one! On top of the accents, it took me a really long time to get used to all the slang/colloquial terms.

Don’t be afraid to step out of your comfort zone. Join Facebook groups. Actively make conversation with people in those groups. Join a club or an interest group. Moving to a foreign city, you’ve got to make an extra effort to make friends, or else you’ll start to get extremely lonely. I would also suggest really opening yourself up to different viewpoints and opinions. People here have different opinions on everything from fashion, politics, religion, etc than I did at home. But instead of being quick to judge, I’ve been open-minded and it’s been amazing.

Well, right now I plan to stay in Ireland for another 2 years. After that, maybe I’ll get my visa extended again, or maybe I’ll decide to go back to the States. It’s hard for me to say at this point in time. But I CAN say that right now I’m having the absolute best time of my life, and deciding to take this leap was the best decision I ever made. My more short-term plans are to enjoy the rest of the summer/decent weather in Dublin while it lasts, go to a few more music and food festivals, go home for Christmas, and hopefully take a trip to Iceland by the end of the year!

You can keep up to date with Sara’s adventures on her blog, Sara Sees.