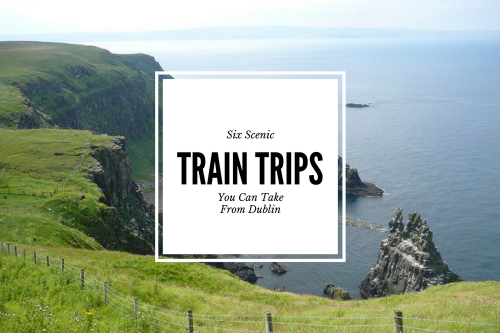 Today Dublin, the capital of and largest city in Ireland, serves as a corporate gateway to the rest of Europe. Its booming IT industry attracts expats from different parts of the world, especially the United States and Europe. Lucrative jobs are also available in the many major pharmaceutical companies that have set up headquarters or manufacturing offices in the city. Living in the capital city can be expensive, and accommodation is difficult to find, but expats are also paid well in Ireland.Those who are able to secure good jobs in Dublin receive high salaries that enable them to enjoy a good quality of life. Over the years, Dublin has become a cosmopolitan city, but still retains its unique charm and traditions. Expats moving to Ireland will find that the healthcare system is highly efficient. The country also has many reputable international schools, while public schools are free to all residents.

Dublin is an interesting city with numerous attractions, and expats will soon find that there is much to see and do in the city. Those who are new to the city can obtain a Dublin Pass, an official sightseeing card that is affordable and allows access to several of Dublin’s main attractions. Ireland is a small country, and the best advantage of this is that weekend getaways are quite convenient. The River Liffey divides the city of Dublin into two regions. Dublin is an old city, and its history goes right back to the days of the Vikings. It still has many remnants of the old, such as broad streets and narrow alleyways. Dublin’s public transport system allows for easy access to different parts of the city, and also to areas beyond the city. For this reason, many locals and expats do not feel they need to own a car.

For expats looking to get away from the city for a bit, here are six scenic train trips you can take from Dublin.

The Dublin Heuston Station opened in 1844 and was the headquarters of the Great Southern & Western Railway. It is now the official principal station of Ireland’s national railway company, Iarnród Éireann. The train trip departs from Dublin Heusten Station at 7 in the morning. The route travels south-westerly through the city’s western suburbs and through the lush countryside of County Kildare, which is best known for its roots in horseracing. Kildare is the home of the Irish National Stud at Tully and is the location for some of the major horseracing meets in the country. The journey continues on through the Curragh, renowned for the Curragh Racecourse and its many stud farms.

The train stops at Thurles, a vibrant town in North Tipperary, and the place where the Gaelic Athletic Association (GAA) was founded. The Association promotes Ireland’s national sports such as hurling and Gaelic football. Passengers are escorted as they change trains at Limerick Junction, and take the Limerick bound train. Limerick city was chosen as Ireland’s first National City of Culture for the year 2014. It is a city that is even older than London, as its charter was granted in 1197 AD. As the train crosses the country’s longest river, Shannon, glimpses of King John’s Castle can be seen to the right. The train passes the GAA grounds, Thomond Park and the rugby stadium.

Next comes Bunratty Castle and Folk Park. The castle was built in 1425 and has been recently restored. Passengers can explore the folk park here. Next up is the county of Clare. Passengers stop for lunch in Doolin and then proceed to the Cliffs of Moher, one of the highest sea cliffs in Europe, and one of the most popular of Ireland’s attractions. From here on, the train goes along the coast road to Galway, with a stop at The Burren national park, which is home to a wide, diverse range of flora. Continuing along to Black Head and passing the charming little coastal villages of Ballyvaughan and Kinvara, the route heads to Galway with enough time to explore the city. Departure is from Galway back to Dublin, but along a different route that passes through Athenry, Tullamore and Athlone, and crossing the river Shannon once again, before returning to Dublin Heuston Station.

The Ring of Kerry

This rail trip departs from Dublin Heuston Station, travels through Kildare and the Curragh plain, and heads southwest via Portlaoise, Thurles, Limerick Junction and Charleville, to arrive at the Mallow junction station, where passengers change trains to Killarney. From here onwards, there are plenty of stops for tea, lunch and photographs along the Ring of Kerry. The correct name for the Ring of Kerry is Iveragh Peninsula. It is a 179-kilometer long circular tourist route in southwest Ireland. It is an unspoilt region with spectacular landscapes and is ideal for outdoor activities such as golf, cycling, riding and water sports. It also has some of the best beaches in Europe.

The Ring of Kerry also provides glimpses into the country’s ancient heritage, which is apparent in the Iron Age forts, old monasteries and scenic views that emerged from the natural changes that occurred during the last Ice Age, around 10,000 years ago. Ireland’s highest mountains are located in Kerry and Carrauntouhil, which can be seen along the way. There is a stop at the Kerry Bog Village Museum where passengers can gain insight into the livelihood of people of rural Ireland in the 18th century. If the weather permits, there are fantastic views of the Skellig Islands, where the most recent Star Wars was filmed. There are several opportunities to take pictures, and there are also be stops for lunch and at the remote and relaxed village of Sneem.

The tour travels around the MacGillycuddy Reeks, weaving through the passes and valleys along Dingle Bay and Kenmare Bay. The return is via Ladies View, the lakes of Killarney and the oak woods of the National Park at Killarney. Return to Dublin is from Killarney with a change of trains at Mallow.

From Dublin Heuston Station, this tour heads along Kildare and the Curragh, and approaches Cork station via Ireland’s longest railway tunnel. From here passengers take the tour coach to Blarney Village, the home of the historic Blarney Castle, built nearly six hundred years ago. Rolling countryside surrounds the village and dotted around the main square are several shops, restaurants and bars. There is also a scenic walk that travels by the Old Round Tower of Waterloo and along the Muskerry Tram’s old railways.

The Blarney Castle is a global landmark and one of Ireland’s best-known attractions. The castle was built by Cormac MacCarthy. This is also where people kiss the Blarney Stone or the Stone of Eloquence, which is believed to bestow the gift of eternal eloquence. The stone has attracted the likes of literary personalities, international statesmen and actors, who have made the pilgrimage up the steps to touch or kiss the stone. The stone is set in the wall under the battlements of the castle. Passengers can shop and stop for lunch at Blarney, after which they return to Dublin.

After departing from Dublin, this train trip goes through the county of Carlow, where William Dargan, the father of the Irish Railways, was born. It then enters the county of Kilkenny, referred to as the Marble City, located on the river Nore. Kilkenny is the smallest city in Ireland in terms of population and has a population of just about 25,000. It lies 75 miles southwest of Dublin. Most of the interesting sights are located to the west of the river Nore. Kilkenny is a beautiful city with buildings of limestone, giving it the nickname of ‘Marble City’. From April to October, guided tours of the Kilkenny by road train are available.

Departing from Kilkenny, the train then arrives at Waterford, located on the banks of the river Suir. It passes Jerpoint Abbey, a ruined Cistercian abbey from the second half of the 12th century. At Waterford Station, there are guided tours at the Waterford Crystal Visitor Center where one can see local craftsmen practicing the traditional art of crystal glass blowing and cutting. Visitors can eat at the visitor center or wander off to one of the local pubs and bars for a quick bite. The train then moves west through the Suir Valley and through the county of Tipperary. You will need to change trains at Limerick junction and take a Dublin-bound express back home.

The Giant's Causeway & Glens of Antrim

This is a full-day train and coach trip from Dublin to Northern Ireland where you can courageously cross the Carrick-a-rede rope bridge and take in the sight of the extraordinary basalt columns of the Giant’s Causeway. The train departs from Dublin’s Connolly Train Station and arrives at Belfast Central Station. From here passengers take a coach along the Causeway Coastal Route, along the Antrim Coast. Here awaits one of Belfast’s most famous landmark, the two Samson and Goliath cranes (officially called Harland & Wolfe Cranes). These shipbuilding gantry cranes are prominent against the Belfast skyline. The cranes are relatively new to the city but have quickly become a symbol of Belfast.

The next stop after Belfast is the town of Carrickfergus for a quick photo stop. Then it’s onwards to the north to the fishing village of Carnlough, and further on to the villages of Glenariff, Cushendall and Cushendun. Passengers can feast their eyes on some delightful views of the sea to the right and the Glens of Antrim to the left. On clear days, one can even catch glimpses of the Scottish coast. Lunch is at the Bushmills Distillery and then passengers move on to the next stop, the renowned Carrick-a-rede rope bridge. The bridge was built by fishermen over a wide chasm in order to check their salmon nets. In recent times, the visitors come to the bridge to take on the rope bridge challenge.

The tour heads to Dunluce Castle for some photo opportunities and arrives at the Giant’s Causeway, which is a UNESCO World Heritage site. There is a two-hour stop here. The Giant’s Causeway is comprised of nearly 40,000 interlocking basalt columns that emerged from an ancient volcanic eruption. The hexagonal stepping-stones are actually the tops of the columns leading from the cliff to the sea. From the Giant’s Causeway, it’s back to Belfast, and then to Connolly Station in Dublin.

As the train travels south from Dublin’s Connolly station towards Arklow in the county of Wicklow, passengers get an elevated view of the city of Dublin and its fantastic landscape. This is one of the best train routes in Ireland. The train inches close to the coastline as it travels towards Bray and Greystones. From Arklow, passengers take a coach to Avoca Handweavers where they receive a tour of the oldest working woolen mill. Now, it is simply referred to as Avoca and is a clothing, retail and food business. In addition to being one of the world’s oldest manufacturing companies, it is also the country’s oldest surviving business. Lunch is at a local pub, Fitzgeralds of Avoca, where there is some delicious traditional Irish fare on offer. Avoca is referred to as Ballykissangel, as it was the filming location for the BBC television series.

The next stop is Glendalough, a glacial valley in Wicklow, known for its early medieval monastic settlement. The Glendalough Valley is located in the Wicklow Mountains. There are a number of attractions here, such as the Monastic Site with Round Tower. It also houses some great walks and trails such as The Wicklow Way. The tour moves to the Upper Lake of Glendalough, the original site of the monastery. There is a walk back to the city where there are church ruins and a graveyard. There is more of the spectacular Wicklow landscape to witness as the train heads to Bray station for the journey back to Dublin.