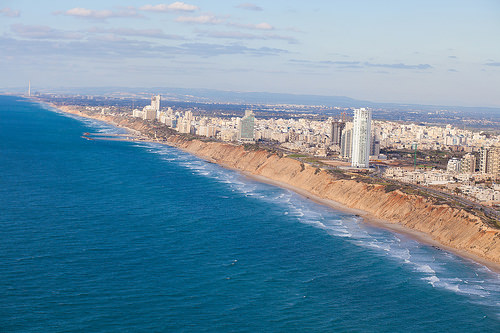 Israel is an interesting country to visit and to live in, and is also a land of great contrasts. The landscape is much more diverse than most people realize – there’s the desert of course, and mountain ranges, fertile valleys, rivers, and then the low-lying plains and coastal areas, which is where more than half the population lives.The population is of course incredibly varied, with people from almost every country and of almost every ethnicity in the world. However, one of the most striking contrasts in Israel is that it’s a highly modernized country with a booming technology industry, a highly educated population, and a thriving economy. At the same time, religion and tradition are extremely important for a large part of the population. There are even a lot of superstitions that are surprisingly common – spitting to ward off bad luck, for example, and a long list of superstitions around pregnancy.

Navigating such a complex country can be rather tricky, not just because there are a lot of dos and don’ts, but because it’s difficult to know in which situation they do and don’t apply! Nonetheless, here are a few things that you should definitely avoid doing in Israel.

Don’t be careless or extravagant with your water usage

Israel doesn’t have a severe water shortage any more – the desalination projects, combined with a few other factors, have mostly made up for the shortfall, which was quite severe till only a few years ago. However, partly as a matter of habit and partly because they’re aware of how precious water is, most Israelis are very conscious of their water usage. You should adopt the same attitude, at least while you’re living there. Don’t leave taps running if you’re not actually using the water – for example, while you’re soaping the dishes. You’ll also find that flush tanks have large and small handles, so that you have the option to not empty an entire tank of water every time you flush.

Don’t get involved in a protest

While you’re living in Israel, there’s a good chance that you will encounter a protest by chance or perhaps be invited to one by a friend. To be safe, it’s best to avoid protests. Clashes with the authorities are quite frequent at these events, and other violence can also erupt. If you feel you really must get involved, watch out for any suspicious activity or signs of violence, and leave if things seem to be taking an ugly turn. You should also carry your ID and other papers with you. However, this last bit applies universally across the country – because of the security situation, not having any ID can get you into a lot of trouble.

Most Israelis don’t, and it’ll be easier for you if you just get used to this. It’s not that queues are never formed, but that they’re usually seen as somewhat optional. The sight of someone cutting a queue or a bunch of people simply all crowding a counter doesn’t usually bother the locals.

In most situations in Israel, and especially if you live in Tel Aviv, you can dress however you like. In some of the more religious and conservative areas though, you’ll need to cover up somewhat. If you’re going sight-seeing, you’re almost certainly going to visit a lot of religious sites, and it’s important to dress conservatively here. Clothing should cover your arms and legs, and women should also cover their heads, for which a scarf is sufficient. (Like many other places in the Middle East, you might find it convenient to always have a scarf in your bag in Israel, just in case you need it.)

Be careful where you light a cigarette

Many Israelis do smoke, but Orthodox Jews and a few other religious people don’t, and it’s best not to smoke around them. Smoking is also forbidden in and near to many religious places, especially on the Sabbath or Shabbat, which is from sundown on Friday to sundown on Saturday. There will often be signs at places where smoking is not allowed, but apart from this, it is up to you to keep track of the day, keep an eye out, and be considerate.