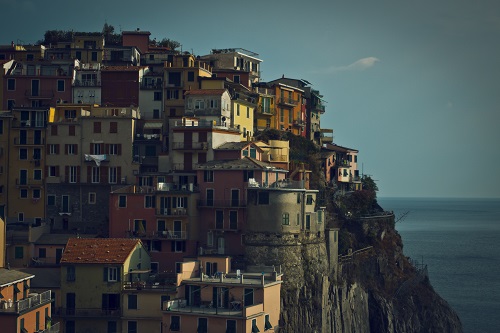 The courses are known widely by their abbreviations as follows:

CILS and CELI tend to be predominately focused around proficiency in order to gain entrance to Italian higher education courses and universities.

PLIDA is a diploma based around a more communicative approach and real life tasks that offers a more practical solution for day to day life and integration than the academic centric CILS and CELI certificates for purposes of study.

CIC is designed for those who already have a basic knowledge of Italian, who are currently already working in or are looking to work in a corporate environment.

The issuing academic bodies for each certification are:

These certificates can be taken at the above Universities, or alternatively, there are approved language schools/establishments in various regions where the exams can also be taken:

Sardinia
• One World Language School (Viale Regina Margherita, Cagliari) for CILS.
• Centro Mediterraneo Pintadera (Vicolo Adami, 41 – Alghero) for CILS.
• I like it (Via Garibaldi, 4 – Olbia) for CELI and CIC.

These adult courses are open to everybody on payment of a small fee and cover numerous types of courses, including Italian for foreigners at various levels. Due to government cuts the number of these courses has been reduced, at the moment it is unclear exactly when and where new enrolments for these courses will take place.

Normally enrolments for these courses take place between June & July and then again in September, while the courses themselves start in October / November and end in June of the following year.

They used to be called CTP, or Centri Territoriali per la formazione permanente. The title may have changed now but the courses are offered under the ongoing adult education programmes of the Ministry of Education.

The courses are held in public / state school buildings and the teacher who is responsible for the courses held in the school is also in charge of all official exam enrolments. This includes where non-native students would have to go to take the CILS exams, which may not be in the area where the state school exams are held.

The CILS and CELI both cover six similar levels, however the CELI exams have an additional two levels specifically designed for and exclusively aimed at immigrants and adolescents.

PLIDA covers six levels but also has a specific “junior” certification for ages 13 – 18, as well as covering a commercial business certification with three levels.

PLIDA is comprised of the same four sections as the CELI exams.

The CIC exams for business language offer only two levels (intermediate and advanced).

Levels in compliance with the Common European Framework of Reference

The levels of proficiency are often conversely referred to as “Basic, Independent and Proficient” or on occasion “Elementary, Intermediate and Advanced”.

Basic/Elementary level demonstrates basic comprehension and conversational skills with prompting and communicating effectively areas of immediate needs/relevance (such as surroundings and personal information). Able to produce and understand simplistic text.

Independent/Intermediate level demonstrates the above and in addition the ability to communicate abstract topics and interact with some level of fluency with spontaneity, and the ability to converse with native speakers without prompting. The ability to produce and understand more complex and specific text is also required.

Proficient/Advanced level demonstrates fluent and spontaneous conversation in social, academic and professional settings. This includes being able to express yourself fluently and precisely, differentiating finer shades of meaning and understanding conversations with ease. Learners who achieve this level are able to understand and produce long complex text and recognise implicit meaning.

On paper they are broken down into levels which are compared below to the CEFR guideline levels.

CEFR is the “Common European Framework of Reference”, which is a guideline used across Europe for the study of languages:

A1 CEFR
Equivalent to CELI Impatto, CILS A1 and PLIDA A1.

The level of proficiency accepted for residency purposes (such as an EC permit) is A2 CEFR and for entering higher education is B2 CEFR.

Corporate proficiency will largely depend on company standards and is usually down to the employer’s discretion.

CILS is open to all Italian residents abroad and non-Italian speakers upon paying the registration fee. Applicants can be of any age.

CELI is available to all foreign applicants who wish to take the exam upon paying the registration fee. CELI have specific exams for under 18s.

PLIDA exams can only be taken by non-native Italian speakers upon paying the registration fee.

CIC exams can be taken by any adult upon paying the registration fee, though a prior understanding of the Italian language is highly recommended.

Registration fees vary depending on the level of the examination you will be sitting.

Generally the enrolment and registration for the examinations needs to be completed 40 – 90 days beforehand. The specific exam dates are released every year.

The CILS exams are held twice a year in June and December.

There are three CELI exams a year in March, June and November.

PLIDA exams are held twice a year in May and November, although the separate “Commerciale” certification is held in June.

CIC exams are held only once a year in June.

Aside from learning text and reading comprehension via preparatory courses for the exams, one can continue to broaden knowledge and understanding of Italian through the world of literature.

This can be through the classical literature route such as the likes of Dante, Petrarch and Boccaccio or more contemporary authors such as Mario Fortunato, Paolo Giordana and Dacia Maraini.

This is particularly helpful with idioms; for example, whilst the literal translation of the phrase “Good Luck” would be “Buona fortuna”, the more common phrase in Italy is “In bocca al luppo” – “Into the mouth of the wolf”.

So, Good luck, buona fortuna or in bocca al luppo in your endeavours of studying the Italian language!

Have you learned Italian for an accredited certification? Share your experience in the comments!