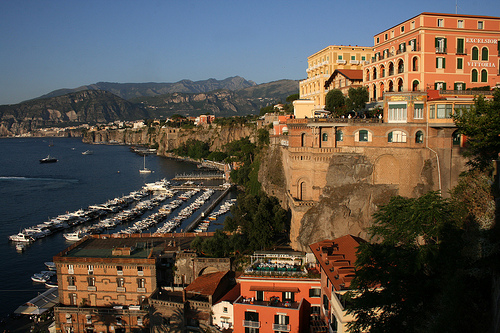 Tipping etiquette can be a bit tricky to figure out as an expat, as it differs from one country to another. While some cultures do not believe in leaving anything more than what they have being charged, others may voluntarily pay up to 20% of their bill for good service. When it comes to offering any kind of gratuity or bonus, people must consider whether it is necessary or even acceptable, and how much should be given.At times, visitors and expats who have just moved to Italy can actually end up offending the locals by leaving additional compensation. To avoid any such problems, read this short guide on basic tipping etiquette in this country.

Restaurants: Since most restaurants in Italy levy a service charge on food and beverages, the Italians rarely leave a tip for the waiter unless they receive exceptional service. However, they are likely to give a few extra Euros if they are celebrating an occasion (like an anniversary or a birthday) at a posh (Michelin-starred or five star) restaurant. Many locals check their bills, and if the service charge hasn’t been levied, they leave around 10% of the bill. The gratuity never exceeds € 20 even if the bill is very high. Alternately, those who frequent the same restaurant over and over may give an additional compensation to their regular servers. The amount varies according to the place, the bill, and the service, but is nowhere close to the 20% that Americans typically pay. For example, if the bill for dinner is around € 100, they will only leave around € 5 to € 10, which is enough to keep the staff happy. This tip is mostly paid in cash, even if they use their cards to pay the bill. Never give anything extra to the owners of the establishment or their family, even if they provided excellent service.

Taxis: Italians don’t tip taxi drivers, or at least they never used to. Up until a few years ago, a cab driver could only expect an additional amount if he helped the passengers with their luggage or was willing to wait for them for a short period of time. This practice is now undergoing a change because of tourists and expats. Taxi drivers have gotten used to receiving a few additional Euros (not more than € 5) over their meter charge. They also have the habit of rounding up the meter reading when they quote their fare. For example, if your meter reading is € 9.10, your cabbie may ask you to pay € 10. At times, they may not return small amounts of change to customers unless they are asked for it. However, most of them don’t get offended if you ask them to give the change back.

Hotel Staff: As with most Italian establishments, hotel employees in Italy are only used to receiving tips from foreigners. Porters who help guests with their luggage receive around € 5 while a concierge gets no more than €2 or €3. For room service, housekeeping staff, and valets, € 2 will be more than enough. While this practice isn’t mandatory, it is highly appreciated and is likely to get you better service for the duration of your stay.

Beauty Parlors and Spas: Locals visiting these establishments don’t tip the staff unless they receive an additional service like a 10-minute free massage. However, hairstylists and beauty professionals often receive up to 10% gratuity above the bill amount from foreigners.

Tours: Guides are probably the most frequently tipped professionals in Italy, since it is mainly only foreigners who take tours. Visitors from other parts of Europe may not leave a tip, depending upon their culture. Predictably, it is the Americans who leave the highest additional amounts, usually € 5 for a half-day tour and € 10 for a full-day tour.

While the Italians will advise foreigners to avoid leaving any kind of tip for most services, the etiquette varies from region to region. Professionals in Rome deal with tourists on a regular basis and often expect some form of gratuity. On the other hand, no one leaves a tip in Sicily, even if they receive exceptional service. Tipping is in fact a common faux-pas made by foreigners who visit this region.