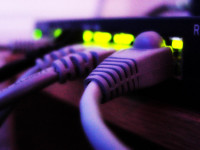 Twenty years ago, the idea that you couldn’t survive without the internet was a strange prospect. Nowadays, however, we’re connected all the time: chatting to friends on Facebook, emailing documents to clients and contacts, checking newswires and weather forecasts. Moving to a new country can be daunting when it comes to choosing a broadband provider who can actually deliver a fast service without too many hidden charges.

Unfortunately for those who don’t speak the language, the vast majority of ISPs’ websites are written in Italian. In terms of choices available, the range of services are much the same as they are in the UK or US: wireless, cable, DSL and dial-up are the four options to choose from. Of course, dial-up isn’t ideal and if you’re moving to a remote area you’ll need to check that broadband is available and that speeds aren’t prohibitively low. In general, however, you’ll find a similar speed of service to those you’re used to elsewhere; the infrastructure is well-developed and connection problems are relatively few. Now all you need to do is choose where your bills will be coming from, and when everything is new and confusing, that is easier said than done. We’ve put together an overview of some of the available services.The first thing to check before you even move to the country is that your area has a phone network; some rural places still don’t. If there are phone sockets in the house you’re looking at, then you’re probably OK. The next step is to search for internet services nearby; most Italian websites will refer to broadband as ADSL, though some will use the term banda larga.

The main providers for cable broadband are Alice, Tiscali and Tele2. All have their advantages and downsides, but if you need someone to install a phone line for you, Alice is the only place that’ll do it for free, and also the only one that will provide a free modem. The cheapest basic package you can get is will be through Fastweb or Tele2, so if you’re just looking for a basic service that won’t cost you too much, those are the ones to choose. Alice, Wind, Fastweb and Tiscali all offer speeds of up to 20mb, although of course the faster the speed, the more expensive the service.

If you’re worried about being penalised for transferring your service at some future point, or if you want to make sure there’s no time limit on your package deal, the best companies to go for are Tiscali, Wind, Vodafone and Fastweb. Fastweb provides the most inclusive service here, with home network setup, mobile phone, secure browsing and television all included in their premium package.

By far the most popular type of service in terms of Italian internet use is fibre to the home, or FTTH, with almost three million households subscribing. This has largely been down to a joint initiative from ISPs Vodafone, Fastweb and Wind, who aim to connect as many people as possible to a fibre-optic service by 2015. Currently, FTTH is not available in rural areas, which instead have to rely on slower broadband methods, and in some cases the far less popular dial-up.

Metroweb, owned by state-backed financing agency CDP, is currently in talks with other providers to extend the FTTH network even further, in an initiative that would ensure that fibre-optic cables would be installed in thirty Italian cities. At the time of writing, a technical model for transmission has been agreed between the companies, making their aim at least plausible. Currently the main setback is Telecom Italia’s reluctance to share its fixed-line network, which would mean building a whole new high-speed broadband infrastructure, costing billions of dollars which the companies must jointly raise. In the meantime, Telecom Italia, who previously had a monopoly on telephone and internet deals across the country, is aiming to offer high-speed broadband to 50% of the nation by 2018.

In other words, there are loads of broadband options if you’re moving to Italy, and they’re getting better all the time. The only thing to watch out for is if you’re moving to a rural place: make sure there’s definitely a phone network serving the area, and you’ll be fine.