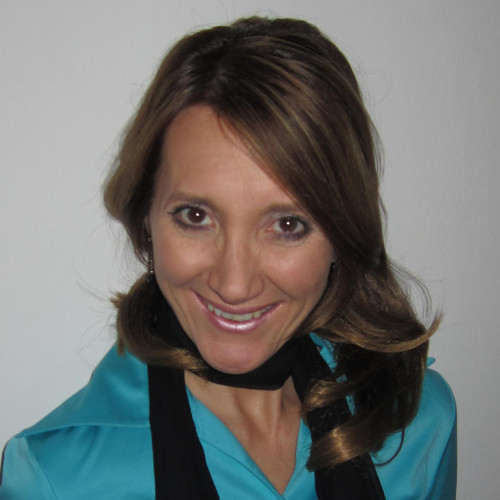 Ivanka, tell us a bit about yourself and how you came to be an expat.

I worked in the financial industry in Toronto and got laid off due to re-structuring. Before I found another job I convinced my husband to take a year off and live in Italy. At first he was reluctant but then when his company unexpectedly moved outside the city, he decided this may just be our chance. Then we fell in love and are still here 9 years later!Your book, A Zany Slice of Italy, is available to buy on Amazon. Tell us a bit about the book and its intended audience.

This light, lively book takes place in Italy, with hilarious anecdotes about the author and her husband’s trip to visit his family in Abruzzo and finally their escape to Tuscany.

Her own expectations were shattered when she embarked on la dolce vita. She envisioned drinking unforgettable Brunello by candlelight and discussing art and history with elegant dinner guests. Instead, dinner discussions revolved around how to avoid a “bad wind,” whether the Mafia runs IKEA, and bizarre theories on why the Chinese in Italy never have funerals. Now she drinks Zio’s own “unforgettable,” almost undrinkable, wine, as he pays long-winded tributes to the vile liquid as if it were an elixir of the gods. Celebrate with our author—for mere mortals, or their livers, could not have lived to tell the tale.

My book will appeal to those who want to experience the true Italy told via hilarious, quirky stories. While on occasion I cannot help but mention the wonderful food, fashion and people, my account of our year in Italy includes an unusual angle. Frances Mayes did not have what I have; relatives! Without them, this novel would fail to capture the realities and true essence of life here. Hence while Frances Mayes was dining by candlelight, my glass candle holders were doubling as tomato holders; each one had a freshly picked tomato balanced on top; courtesy of my mother in law visiting.

What advice would you give to someone who wants to write their own book?

Since mine is a humorous memoir, when funny things would happen I would jot down notes (behind the backs of many a relative) and then later write a story based on these notes. So for memoirs, I would recommend keeping some sort of notes to begin with. You can add and edit later but the important part is having something to work with.

What did you find the most challenging when you first moved to Tuscany?

For the first 7 months we lived in Abruzzo and I had to learn to adapt and to be easy going; like when I invited 8 people to dinner and ended up with over 20. Something normal for the south of Italy, but not for us. Then when we moved to Tuscany we had to learn to deal with passionate bureaucrats, finding work and finding a home. My husband and I both found it devastating to learn that we were considered “old” by Italian standards when it came to looking for work. At 38, we thought we were still young!

What is your favourite thing about living in your new home?

The fact that I love coming home. No matter how charming other places are, the beauty that lies outside my window always makes me glad to be back.

If you could give one piece of advice to people who are considering their first move abroad, what would it be?

To do their research first so as to avoid any disappointments (like finding out 38 is too old to find work in Italy!) and then once they arrive in their new destination to stop comparing everything to how it was back home.

Finally, what do you like to do in your spare time?

I love to write zany stories, (the second book in the Zany series will be out soon as well as a third – My Zany Life will be out this summer.) I also love to read, to go for walks through the rolling hills of Tuscany and I delight in hosting fancy dinner parties.

You can buy Ivanka's books on Amazon, and keep up to date with her adventures in her column.