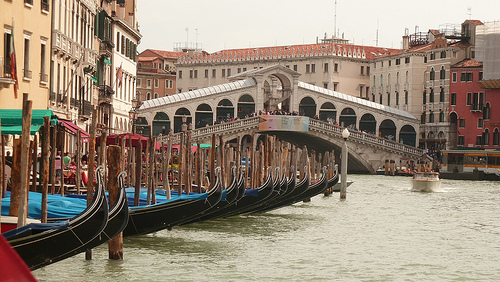 Italy is one of the most intriguing and attractive countries in all of Europe, if not the entire world. It does many things remarkably well, but especially excels in food, art and fashion. Italy is the birthplace of Spaghetti Bolognese, Antipasto and Tiramisu. It is the land where Michelangelo painstakingly painted the ceiling of the Sistine Chapel. It’s also the place where some of the world’s leading fashion labels, from Gucci and Fendi to Dolce & Gabbana, are headquartered.Once you visit Italy, you will want to keep coming back, and in fact, many people do exactly that. Over the years, many expats have made the decision to move to Italy. Apart from the fine food and culture, Italy offers its residents many practical benefits such as good healthcare, affordable education for children, and a high quality of life. Here are some of the reasons why Italy is often perceived as an expat paradise.

Italy is known to have one of the best climates of all the European countries. The climate here is quite varied depending upon where you are living. In the winter months, the regions near the Alps experience crisp, cold weather with plenty of snow. This is the perfect time and place to get in some quality skiing.

If you live in Milan or near the Po Valley, it may be damper. Excellent mild winters are the hallmark of places like the Amalfi coast, Sicily and Sardinia. In the summer months, it gets hotter as you travel southwards. Apulia, sometimes called the ‘heel of Italy’s boot’, often experiences temperatures of 82 degrees Fahrenheit in August.

Many architectural styles have originated in Italy, the most important being the Renaissance, Baroque and Neoclassical styles. The result is that many of Italy’s cities and towns are densely dotted with beautiful buildings and monuments.

If you’re living in Rome, you are likely to pass by the grand Colosseum quite frequently. In Venice, there is Saint Mark’s Square or ‘the Piazza’, one of the most architecturally brilliant squares in the world. There’s also the famous Leaning Tower of Pisa in the city of Pisa in Tuscany.

Italy also has many picturesque small towns that attract expats, such as Alberobello, known for its unique trulli homes; Neive, a town that offers the best sunset views; and Colletta di Castelbianco, an ancient village made entirely out of stone.

Italy is among the top ten countries on the World Health Organization’s list for quality health services. The public healthcare system provides affordable medical care that adheres to high standards. Italian doctors are highly qualified and the medical staff at public and private hospitals is well-trained. Even in rural areas, it is easy to get access to doctors and specialists. EU nationals can access Italian public healthcare due to the reciprocal health agreements that are in place. Non-EU nationals can apply for a health insurance card once they have their Italian identity card.

Although many expats prefer to send their children to international schools, it is worth knowing that Italy enables students to receive a well-rounded education that is completely free. Primary and secondary state schools are free, and so is university education. Foreigners living in Italy can also avail themselves of this benefit. Many of the state schools make an effort to help expat children adjust to life in Italy by planning cultural activities and offering Italian language classes.

The Italian public transport system is comprehensive and efficient. There is an extensive rail network, and most people do not need to use other modes of transport, both within the cities and also from one city to another. Italy’s high-speed train system, Alta Velocita, is popular among business travellers because of the speed and comfort of the trains. They provide a cheaper alternative for travelling between cities such as Rome and Milan than airplanes.

There are also buses and ferries that can be used to travel between cities and to the towns and islands on the coastline. Many Italians and expats in Italy own cars, and driving is easy on the well-maintained highways. Expats can bring their own cars to the country, but remember that foreign cars often have to be adjusted according to Italian requirements.

Those are just some of the reasons why Italy is a great place to be an expat. Add your own thoughts in the comments!