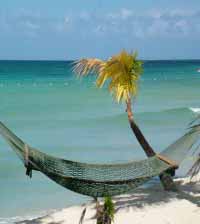 Jamaica is a popular hotspot for many expats and retirees due to its booming tourism industry and natural beauty. But this small island nation, often referred to as a Caribbean paradise, has another side to it. Bureaucratic corruption, poverty and high crime levels can be an unpleasant surprise for many expats.

Jamaica faces a daily problem of extensive criminal activity. This includes drug trafficking, especially a thriving cocaine trade, and gang-related offences. Thefts, robberies and violent crimes of different types are also serious issues that face the residents of Jamaica.There is also widespread corruption within the administrative structure of the country.

Jamaica’s crime and safety report of 2013 indicates that violent crime is a serious problem particularly in the capital of Kingston. There have been proactive police measures in recent years and as a result the rate of crime dropped in 2012. However, Jamaica figures among the top five of the highest per capital homicide rates in the world, given its population of about 2.7 million and the rates of violent crimes.

There is no reason to believe that such activity targets foreign citizens, and much of the crime takes place due to factors such as poverty, politics, gang culture and drugs.

Expats in Jamaica do not feel that they are targets of the criminal activity in the country as most of it involves organized criminals and gangs in conflict with one another. However some crimes, such as theft and sexual assault, are not entirely restricted to the criminal underground and do remain unreported for fear of retaliation. Areas which see a lot of tourist activity, such as Montego Bay, Ocho Rios and Negril, witness a high incidence of pickpocketing and petty theft.

There is considerable police presence in certain areas, such as tourist hubs, while other areas are neglected due to shortage of manpower and training. Victims of crimes also feel that the police response is often lacking.

Protests and demonstrations can take place at any time and place, although they are not so frequent in Kingston. These events can turn aggressive and violent in some cases. During such times, even bystanders can be harmed due to the use of rubber bullets, tear gas, stone throwing and other such activities.

Since the police are unable to patrol all neighborhoods properly, there are also instances of burglaries. Wealthy residents are even known to employ private armed guards to keep away criminals. Home break-ins are known to occur even in gated neighborhoods and it is important for occupants to use proper security systems. Expats should also exercise caution by not carrying too many valuables around and avoiding walking on the streets at night, especially in rougher neighborhoods. It’s a good idea to inquire from colleagues or trusted locals about which areas to avoid. Avoid parking your car on the street and instead choose a residential compound parking lot where there is an attendant to supervise things. At shopping areas, it’s better to park close to the shop entrance.

Remember not to leave any valuables in plain sight inside the car and check the locks of the doors and windows. A common problem in Jamaica is credit card skimming, wherein a copy of your credit card information is made when you use it at restaurants or shops. Make sure to pay attention to the person who is handling your card. ATM rigging is also common, and it’s advisable to use ATMs located in safe areas.

Many expats have successfully made the move to Jamaica and settled into the culture and lifestyle. There’s a lot to like about the country – the tropical weather, creole culture and the music. It’s also easy to do business in Jamaica because the official language is English, although the locals speak Jamaican patois. Many expats are able to find good employment in a variety of industries. Jamaica was listed among the top 90 out of 154 countries in the World Bank’s Ease of Doing Business report for 2013 and featured at an impressive rank of 21 for its ease of starting a business. The capital of Kingston, in spite of the issue of crime in certain areas, is a vibrant city with an active nightlife and many excellent restaurants. It continues to attract a steady stream visitors every year.