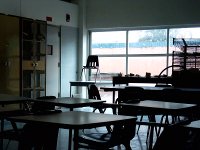 Japan has a range of reputed international schools that offer diverse curricula for students. Expats often choose to send their children to these schools because they provide international education such as the International Baccalaureate, or they may follow the national curriculum of their home country. The fees at international schools can be high and there may be waiting lists due to limited spots. The application process should ideally begin at least six months beforehand in order to get all the documents ready. Each school may have different entry requirements, and most have these up on their websites. The following is a list of some of the international schools in Japan by location.• Hokkaido
Hokkaido International School
This day and boarding school in Sapporo has around two hundred students and was started in 1958. It offers the International Primary Curriculum at elementary school level, the International Middle Years Program for grades 6 to 8, and the American Advanced Placement Program in high school.

Marist Brothers International School
This is an international Montessori school in Kobe that goes up to Grade 12 and has been accredited by the Western Association of Schools and Colleges. There are about 300 students from Japan and different other countries enrolled, and it is the only international Marist Brothers school in the globe. It was founded in 1951 and follows the American curriculum.

• Sendai
Tohoku International School
A co-educational school in Sendai, Tokyo International School has about 100 students enrolled from kindergarten to grade 12. The philosophy of the school is centered on learning and ‘preparing for life in an evolving global society.’

• Tokyo
American School in Japan
This is a private international school in Chōfu, Tokyo that has an elementary school, middle school and high school. It also has an early learning center for children between the ages of 3 and 5 years. The school follows an American-style curriculum. A considerable percentage of the students come from different countries and many of them are children of overseas citizens on temporary assignment in Japan.

The British School in Tokyo
The British School in Tokyo in central Tokyo enrolls students aged 3 to 18 years that have received an ‘Excellent’ rating in all categories evaluated by the Independent Schools Inspectorate. There are above 850 students from more than 50 different nationalities and a third of these are neither Japanese nor British. The school follows the National Curriculum and fluency in English is a basic requirement for admission.

Tokyo International School
Founded in 1997 and located in the Tamachi area, this school consists of a pre-school, elementary school and middle school. The students and teachers represent various nationalities and the language of instruction is English. It follows the curriculum guidelines of the International Baccalaureate Organization. Each class is limited to just 16 students.

• Tsukuba
Tsukuba International School
The English-speaking community of the area founded this private, non-profit school in Tsukuba, Ibaraki, in 1992. There is a pre-school, elementary school, middle school and high school. Currently, there are nearly 127 students enrolled throughout the 13 grades and the faculty consists of 17 full-time teachers and 6 part-time teachers.