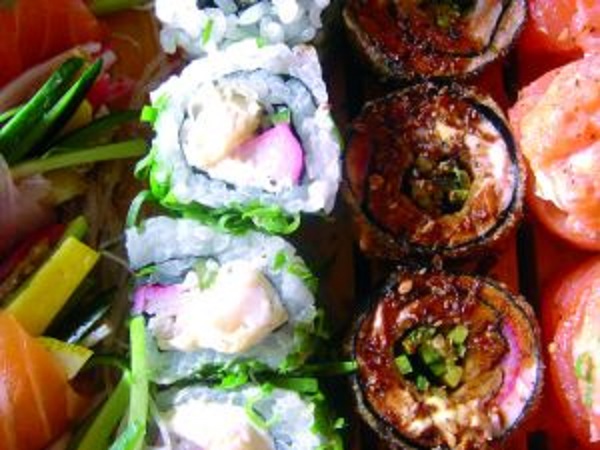 Japanese cuisine enjoys an excellent reputation around the world. While sushi may be the most popular Japanese dish in many parts of the globe, the country also produces many other delectable foods. Sampling Japanese cuisine in Japan itself is a memorable experience, and while there are a variety of must-try dishes; here is our list of the top five Japanese foods you must not miss out on when in Japan.

Tempura are delightfully light battered and deep-fried seafood and vegetables. It was the Portuguese traders in Nagasaki who introduced the dish. Tempura has evolved over the years and today is a quintessential Japanese food.Apart from succulent seafood such as prawns, tempura also includes soft tofu, seaweed and okra, all served with soup or a sauce. You can sample tempura at any of Japan’s many restaurants. It can be served both as a side dish and main dish. It also serves the purpose of a topping in case of rice or noodle dishes. Some of the most popular types of tempura include ebi (shrimp or prawn), which is present in almost all tempura dishes; and sakana (fish), which may include Japanese whiting or whitebait.

Tonkatsu is a deep-fried breaded pork cutlet that has European influences. Like tempura, it is a hugely popular dish in Japan. The breaded and deep-fried cutlet is often part of a ‘set meal’, which also includes a serving of cabbage, rice, soup and pickles. Tonkatsu is a hearty dish and also quite inexpensive. Served on its own, it is usually accompanied by a thick sauce. There are two main types of Tonkatsu, hire (pork fillet) and rosu (pork loin). The pork is seasoned with salt and pepper and lightly coated with flour. It is then dipped into beaten egg and covered in breadcrumbs before deep-frying. Tonkatsu also serves as a sandwich filling or as an accompaniment to Japanese curry. In the city of Nagoya, it is served with a miso-based sauce.

These Japanese dumplings come with a filling of ground meat or vegetables and are wrapped in thin dough. Gyoza were first introduced in China, where they are called jiaozi. Traditional gyoza comes with fillings of ground pork, green onion, chives, cabbage, ginger and garlic. They are also flavored with soy sauce and sesame oil. Today gyoza is available in many different varieties in Japan. You can find them at restaurants and ramen shops. They are also some shops that specialized in gyoza. These dumplings are best eaten with a dipping sauce prepared with vinegar, soy sauce and a hint of chilli. The most common type of gyoza is Yaki gyoza, which are pan fried before a mixture of cornstarch and water is added. Once the pan is covered, the mixture steams and cooks the dumplings.

Sukiyaki is a sweet and salty hot pot dish that is flavored with soy sauce, rice wine and sugar. It contains thinly sliced beef, Japanese leek, tofu, shiitake, shungiku green and noodles. Sukiyaki is served on special occasions in Japan such as birthdays and other celebrations. The most popular variety of sukiyaki is beef sukiyaki, which also includes an assortment of vegetables and is served with rice or glass noodles. This dish is prepared in different ways in various parts of the country. In eastern Japan, a sauce known as warishita is served along with it; while in western Japan, soy sauce and sugar is added on top of the meat for flavor. The cooked sukiyaki beef or vegetables are also dipped in raw egg, which helps to enhance the taste.

Shabu Shabu is a type of Japanese fondue where slices of beef are cooked in a boiling broth right at the table. The simple broth is made with kelp. Shabu Shabu is less sweet compared to sukiyaki and is usually served with an accompaniment of cabbage, onions, seaweed, mushrooms and a serving of rice. Once the meat slices are cooked by stirring them in the boiling broth, they are then dipped in ponzu or sesame seed sauce before eating. A common practice in Japan is to mix the leftover broth from the pot with rice. This is usually eaten last in the meal.