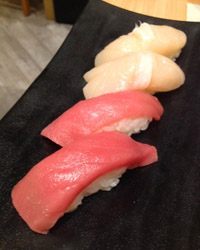 Japan is a country of contrasts with its serene natural beauty and many Buddhist temples on one hand, and on the other, the high technology and innovation for which its cities like Tokyo are world-renowned. The country also has a plethora of places to explore and things to do, making it quite an exciting place to live in. If you’ve just moved to Japan or have been living there for a while, here are 5 things you really should do.

A side of fish with your morning coffee

If you’re living in Japan, you must be aware that the Japanese breakfast is very different from a typical American or English breakfast.It traditionally consists of dishes like miso soup, steamed rice along with a variety of small side dishes such as grilled or broiled fish, pickled vegetables and natto (fermented soy beans). Since these usually serve as lunch or dinner foods for many westerners, it may take a while getting used to such savory dishes first thing in the morning. The upside is that a traditional Japanese breakfast is a well-balanced and substantial meal that provides the energy you need to get through the day. Instead of your usual cup of coffee, have a cup of freshly brewed green tea.

The view from the 52nd floor

The New York Bar at Tokyo’s Park Hyatt Hotel is quite popular especially among foreigners ever since it featured in the film Lost in Translation. It sits 750 feet high in the sky at the very top of the hotel in Shinjuku. Keep in mind though that this experience comes at a price. But the view of Tokyo lit up at night is a spectacular one and from so high up, you can even see the curvature of the earth. You can avoid shelling out the nightly cover charge by getting there in the later afternoon or early evening just to enjoy the view.

The Shibuya Crossing is a pedestrian crossing outside Shibuya Station. It is also called a scramble crossing since traffic halts in all directions and pedestrians are able to walk in all directions. It is one of the busiest intersections in the world. In the evenings the place is mostly crowded with commuters, students and shoppers. It is an interesting experience to watch the moments of organized chaos that follow when all traffic lights turn red at once. Pedestrians spill out from all sides and head into the station or into the nearby Shibuya 109 mall, a hotspot for shoppers. There’s also the Tokyu Food Show linked to the Shibuya station, where you can feast your senses on an array of delicacies like fried pork, grilled eel and seafood and rice wraps.

Witness first-hand the level of technological invention that comes out of Japan by visiting the Toyota Kaikan Museum on the outskirts of Nagoya. It is located at the company’s main plant and a tour to the museum also gives you a chance to visit Toyota’s production line where several rows of huge robotic arms work in perfect synchronicity, performing different tasks on the assembly line. In the museum there is also the display of the Toyota Partner Robot, the first robot to be able to play the trumpet. Be sure to catch a performance while you’re on the tour!

Visit the Peace Memorial Park and Museum at Hiroshima
This memorial park was created in honor of the victims of the atomic bombing that took place in 1945. The reminded of the horrific power of nuclear weapons looms large as you gaze upon the frame of the A-Bomb Dome, one of the structures that survived the destruction. The Children’s Peace Monument is another haunting reminder of the aftermath of the event, which rendered many children ill with leukemia.

If there’s one thing you shouldn’t do in Japan, its probably entering a home with your shoes on. Businesses and homes in Japan usually have a place at the threshold to store the shoes of their guests. They are hospitable enough to also provide you with a pair of slippers for you to wear inside. But remember that slippers are not worn over the traditional tatami mats as they can scrape the mat.