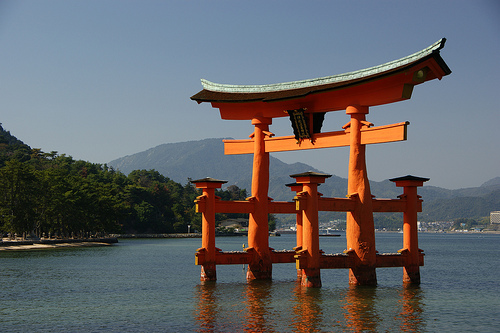 Japan has a reputation for being exceptionally safe. The crime rate is incredibly low, and various international studies have placed Japan right at the top of the list of safe countries, along with places like Canada and Iceland. Japanese citizens reportedly have the lowest levels of safety-related anxiety in the world – people leave their homes unlocked and their keys in their vehicles, children walk to and from school on their own, and women often feel comfortable enough to be out late by themselves.Of course, a low crime rate doesn’t mean there’s no crime at all. Moreover, foreigners tend to stand out in Japan, and therefore attract attention – and some of this attention can be negative. Sometimes this can be merely awkward, such as a stranger asking for a quick English lesson when you’re out shopping. At other times, things can get a little more dangerous, since criminals tend to perceive foreigners as vulnerable, easy targets. Foreign women are the most frequent targets of crime, ranging from sexual harassment to theft to a variety of scams that rely on the assumption that the victim will not know how to respond.

Here are a few safety tips for expat women in Japan.

1. Don’t get complacent. Japan’s reputation for safety (which is quite heavily promoted by the media and the authorities) tends to make people lower their guard. As a result, if ever you’re unlucky enough to be the target of a crime, you may not notice the subtle warning signals that you would back home until it’s too late. Listen to your intuition, respond to the warning bells in your head, and don’t worry about being silly or paranoid.

2. Learn the language. You’ll be better able to ask for help or deal with the police if necessary. You’ll also be less likely to be distracted or confused by someone trying to scam you in the street. Knowing Japanese will also give you more confidence, and the truth is that confidence shows and will make you seem less like an easy target.

3. Take all the same precautions you would back home. Lock your house and your bicycle, don’t leave your keys in your car, don’t take unnecessary risks. There’s no need to live in a constant state of fear; however, remaining alert is an advantage.

4. Understand the culture. Japanese culture is in many ways so unique that outsiders often find it difficult to identify what’s “normal” and “abnormal” behavior. Try to understand Japanese culture and behavior as well as you can, so that you learn to distinguish between cultural clashes and real threats.

5. Adjust your behavior too. Many things that you would do back home without thinking twice are probably best avoided in Japan, except in very specific situations – for example, talking to a man at a bar, or smiling at a stranger in the street. Such behavior can be misinterpreted, and may lead to unpleasant situations.

6. Don’t be afraid to say ‘no’. If you’re uncomfortable with someone’s behavior or requests, whether in the street, in a shop, or absolutely any situation, remember that there’s you’re under no compulsion to suffer through it simply because you’re an outsider in their country. Politely but firmly say ‘no’ and remove yourself from the situation.

7. When travelling by train, especially during rush hour, take the dedicated female carriages. There are frequent incidents of groping on the trains.

8. When you’re at a bar, watch your drink. This is advice to be followed anywhere in the world, but it’s worth mentioning here, because there have been reports from several cities of women’s drinks being spiked.

9. Get to know your neighbors. Japanese people tend to be reluctant to get involved in sticky situations, whether on the street or in their neighborhood. Find a safe neighborhood to live in, and form relationships with the people around you.

10. Report issues to the police before they get out of hand.

Those are our top safety tips for expat women moving to Japan. Have you lived there? Share your thoughts and experiences in the comments.