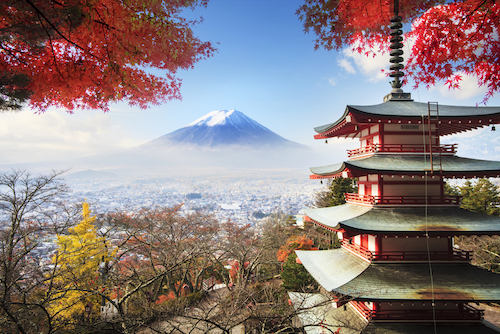 Welcome to Japan, or should we say, 日本へようこそ (pronounced Nihon e yo-koso).

For the past 1,400 years or so, the world has referred to Japan as Nippon, the land of the rising sun; and for those who have decided to take that leap and emigrate, the sun will be rising over pastures new. More and more people are choosing to take advantage of the Japanese government’s eagerness to attract migrants to their beautiful country. But why is Japan so eager to attract an estimated 340,000 high-skilled and low-skilled foreign workers over the next five years?Japan’s population of approximately 127 million (126,945,005, which is equivalent to 1.64% of the world’s population in 2019) has been on the decline since reaching a peak of 128,566,650 in 2009. This number is predicted to continue shrinking, with the possibility of a population of just 88 million by 2065. The decline is thought to be linked to a post-war baby boom between 1947 and 1949, followed by a prolonged period of low fertility.

At the present moment, more than one in four people in the country are over the age of 65, while the number of those aged between 15 and 64 decreased by four percent between 2000 and 2010. It is predicted that over 65s will account for 40 percent of the population by 2060. As Japan’s population gets older and smaller, the government is struggling to balance its own deeply conservative views on immigration with the need for new, younger workers. New immigration regulations, due to come into force on 1st April 2019, will help the Japanese government to combat these imbalances.

So now we know why Japan wants us, but what is it that is driving thousands to relocate to this East Asian country?

From incredible architecture and abundant employment opportunities to exquisite healthy food and amazing people, there are many reasons to move to Japan. The usnews.com website conducted a survey of more than 20,000 people from around the world to decide the Best Countries Report 2019. Japan was voted overall second place out of 80 countries, which is up three places from fifth place in 2018. The country also placed first in entrepreneurship and forward thinking, and was placed highly for green living, cultural influence, power, education and quality of life.

Rankings were based on the ways in which global perceptions define countries in terms of a number of qualitative characteristics, plus impressions that have the potential to drive trade, travel and investment as well as to directly affect national economies. Other countries, categories and ranks can be found here.

Known for being the third-largest economy in the world and one of the world’s most literate and technically advanced nations, as well as being the birthplace of sumo wrestling and sushi, Japan is a long archipelago made up of almost 7,000 islands. Hokkaido, Honshu, Shikoku and Kyushu are the four main islands. Rich, well-educated and safe, this country is a great option for those who want a secure job in a good country, and is amongst the world’s largest producers of motor vehicles, electronic equipment and steel.

Japanese citizens experience one of the lowest crime rates on earth, achieving a remarkably safe society compared to other industrialised countries, and they incarcerate far fewer people than for instance the UK, which has a prisoner rate three times higher or the US, which is 13 times higher.

Living in Japan is expensive, especially if you are based in Tokyo or Osaka, but it is a land of increasing opportunity, where you can have a rich and beautiful life. Citizens feel safe carrying large amounts of cash due to the low levels of criminal activity. Money can be withdrawn from the ATM machines that can be found inside most of the 7/11 convenience stores that are located all over the country, even in the countryside. Tokyo and Yokohama are world-renowned centres for fashion, art and Michelin star food, making them a perfect metropolis. There are also many major hospitals in Tokyo, so seeing a doctor is an easy task.

However, there is no cultural shock quite like moving to Japan! Being happy there depends on whether or not you can get accustomed to all aspects of Japanese culture, meaning it is important to try to get to grips with Japanese culture before you settle. There is a term in Japanese “read the air”; if you cannot do this, you will be considered very rude. Respect the atmosphere, watch carefully what others are doing in that particular situation and copy how they are behaving. There are so many different sides to this exotic country. In places it can be ultra-traditional, rich in culture and history, while other areas are modern and technologically advanced.

Many of those interested in moving to Japan panic about the language barrier. But fear not, most Japanese city people and those of a younger generation tend to speak at least a little English, since all Japanese students study English for a minimum of six years in secondary school, and many students and adults also take English-language classes after school or on weekends. However, Japanese people respect those who make a conscious decision to learn about the culture and language and who try to using basic Japanese words and phrases.

Throughout the year, you can enjoy traditional festivals and seasonal celebrations, which makes for a great way to learn about your new country and make new friends. Some popular festivals in Japan include Setsubun, which takes place in February. This event happens every year to celebrate the arrival of spring. It is celebrated by residents throwing soybeans on the temples and around the homes.

Peace and tranquillity can be found in the many temples and gardens in Japan, while you can visit the Kotoku-in Temple in the city of Kamakura to see the bronze Great Buddha statue. Japan is also home to more than a dozen UNESCO World Heritage sites.

Have you lived in Japan? Share your thoughts in the comments below, or answer the questions here to be featured in an interview!