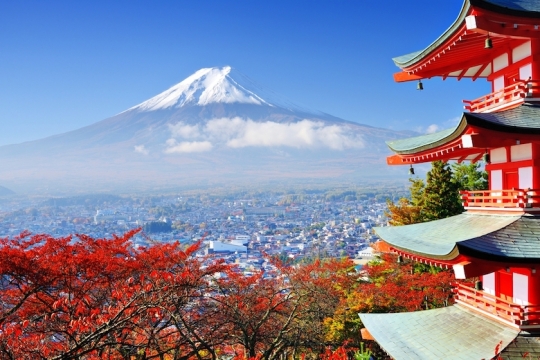 In the past, Japan limited working visas to people with professional knowledge and high skills, such as doctors, lawyers and teachers. However, on the first of April 2019, new rules regarding the foreign workers bill were introduced, making it easier for all types of workers to migrate to this beautiful, rich country.You would be forgiven for thinking that this is all some kind of April fool’s day joke, but Japan, which was once known for its strict immigration laws, welcomed the revised Immigration Control and Refugee Recognition Act. The bill has been designed to attract low skilled and unskilled foreign workers into the country, in an attempt to plug up the acute labour shortage with new and younger workers.
This labour shortage is thought to be linked to a variety of issues, both historical and current. These factors include the post war baby boom of 1947 to 1949, which was followed by an extended period of low fertility levels and so resulted in an aging population, with more than one in four people in the country being over the age of 65.

The number of Japanese people aged 15 to 64 fell by 4% between 2000 and 2010, and the population has been on the decline since peaking at 128.08 million in 2008. The National Institute of Population and Social Security Research predict that the population will fall below 100 million by 2053 unless more people can be encouraged to migrate to the land of the rising sun.

So how do these changes affect those wishing to migrate to Japan?

The Japanese government have created a new residency visa status called the Specified Skilled Worker (tokutei gino), which they are hoping will attract up to 345,150 international workers in five years. These migrants will be able to work in 14 labour-hungry sectors such as nursing, cleaning, factory work, construction, hospitality, agriculture, fisheries and restaurants. However, the target for the first year is a much more modest 47,550 workers.

The new immigration status differs from the much-criticised Technical Intern Training Program, in that migrant workers are considered regular employees and the visa includes a path to permanent residence status. Another difference is that applicants need to pass both a language test and a skills test to qualify for the new visa status.
The new residency visa is split into two types.

A Type 1 Specified Skills visa can be renewed for five years. Applicants must pass an exam, showing that they have a certain skill level in the field where they want to work, although they are barred in principle from bringing their families to Japan.

A Type 2 Specified Skills visa can be renewed indefinitely as long as you are employed. People employed under this category will have higher skill levels than Type 1 visa holders and are permitted to bring their spouses and children along.

Holders of both visas can only work within the 14 designated sectors but are free to change jobs as long as they stay in the same industry.

The government maintains that the overhaul does not represent an “immigration policy” as it doesn’t allow the workers to immediately bring their families to Japan on a permanent basis, under a national policy intended to “maintain” the population.

About 390 people have already sat the first round of employment specific visa exams for the accommodation industry, which were held at seven test sites including Tokyo, Nagoya and Osaka. The exam involved a paper test concerning knowledge of the service industry, a customer service skill test and a Japanese language proficiency test. The results will be announced on May 25th 2019, and the hope is that those recruited will ease the manpower shortage at hotels, especially those in rural areas, which could lead to a further increase in tourism.

Successful candidates will likely be granted the visa in the summer at the earliest, according to the Japan Tourism Agency, while more exams for other industry areas have already been planned. An exam for the food service industry is scheduled in Tokyo and Osaka later this month.

While the Technical Trainee visa, which was introduced in 1993, is not disappearing. Workers currently on this type of visa will be allowed to apply for the new visa, with fewer restrictions than those applying from outside Japan.

An action plan with guidelines that focus on creating a better living environment for international residents lists 126 steps that the government plans to take, such as improving language education, encouraging newcomers to enrol in social insurance programs and increasing multilingual services at hospitals, schools and municipal offices.

The Justice Ministry will ask all workers entering the country on the new visas to submit a medical certificate that confirms they are capable of working in a stable and continuous manner. The test includes checks on blood pressure and other conditions as well as tuberculosis testing. The requirement for tuberculosis testing comes as the disease is spreading among migrants in Japan. A total of 1,530 people developed the disease in 2017, an increase of about 1.4 times over the past five years.

Forms for the medical certificates will be available on the ministry’s website in 11 languages, including Japanese, English and Vietnamese. These certificates need to be submitted to a government immigration agency.

There are plans for ‘one stop’ consultation centres for non-Japanese residents in around 100 municipalities to help those who don’t speak Japanese complete their paperwork. The country already provides consultation services and stations in English, Portuguese, Spanish and Chinese. In addition, there are variety of mobile apps available to help you learn the Japanese language.

The language test appears to be a nod to local concerns about integration of new immigrants. The specific requirement is for the new visas is Level N4 or higher in the Japanese Language Proficiency test. This level requires applicants to be able to read 167 kanji characters, understand some basic sentences and have some elementary listening skills. The question is whether people will take the exam (approximately six months of study would be required) with the specific goal of fulfilling the requirements of the new visa.

If it works, it could lead to a modest influx of international workers who will be in need of housing, health and other support services, which in turn creates yet more jobs and attracts new business to Japan.

Have you lived in Japan? Share your experiences in the comments below, or answer the questions here to be featured in an interview!