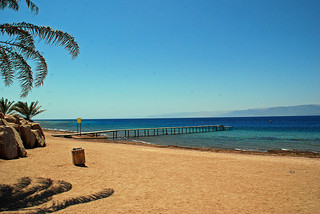 Jordan is one of the most politically liberal nations in the Middle East. A young country that sits on ancient territory, Jordan has historically been home to many civilizations and is also a significant part of biblical history. The country was a part of the Ottoman Empire and after 1918, became a mandate of the United Kingdom. Independent since 1946, Jordan has faced its set of challenges, but peace and stability have always remained important goals.However, expats should be aware that Jordan shares borders with Iraq and Syria and is a member of the coalition that is engaged in air strikes aimed at ISIS terrorists. Advisories from the Foreign & Commonwealth Office of the United Kingdom as well as those from other nations, maintain that Jordan is a safe destination, but expats and travellers need to steer clear of troubled areas such as the Syrian border.

Jordan usually doesn’t figure among the top destinations to live, given its location in a conservative region. But expats will be pleasantly surprised to find that this Middle Eastern country is quite an attractive place, especially for its younger inhabitants. Here are five reasons why expat children love living in Jordan.

This one is more pertinent to expat parents, but is still an important reason when moving with family to a different country. The general perception of the Middle East is that it is a dangerous place, and while this is true for many of the countries in the region, it does not apply to Jordan. A friendly nation that maintains good relations with neighbors, it is the safest Middle Eastern destination. Expats will experience a sense of security across the country, enabling them to be more at ease when it comes to their children’s safety. The streets are largely considered safe and it is common to see young children walking to and from school by themselves.

Children are likely to feel right at home in Jordan because children, in general, are integral to Jordanian society. Many local families have up to four or five children and the people are kind and hospitable towards other families. Many expat families living in Jordan receive warmth from people everywhere in Jordan and many locals go out of their way to help others. From friendly assistance and direction if you’re lost, to invitations to home cooked meals, Jordanian society is supportive to expats and their families. The only danger children may face here is that of getting spoiled rotten!

Nobody loves adventure as much as children, and Jordan has no shortage of adventurous experiences. The desert landscape offers great opportunities for trekking. Children can also enjoy exploring the territory on camelback. In sharp contrast to the dusty desert scenery is the Red Sea, which will delight kids and parents alike due to its sea creatures and coral reefs. Children will especially enjoy snorkeling as a way to catch precious glimpses of the sea life. The boats carry equipment in children’s sizes along with life jackets. Jordan is also home to Petra, one of the world’s wonders. A visit to the ancient location involves a 90-minute walk during which children can explore 2000-year-old tombs and buildings.

Floating on water and camping in the desert

The saltiest water body in the world and also the earth’s lowest point, the Dead Sea enables you to effortlessly float on the water due to its high salt content. Children will be thrilled with this Jordanian experience. Just be aware that since the water is so salty, any cut or scrapes on the skin will really sting! If your children enjoyed the Dead Sea experience, they will absolutely love camping in Wadi Rum under a couple of enormous rocky peaks. This also involves camel rides and a traditional Bedouin barbeque, where food is cooked in a pit deep in the ground.

Schooling is an integral part of an expat child’s life, and Jordan steps up to the plate here too. When it comes to education, Jordan is miles ahead of other Middle Eastern countries. Some of the leasing international schools in Jordan include American Community School in Amman, Cambridge High School, Aqaba International School Jordan and Modern Montessori School.