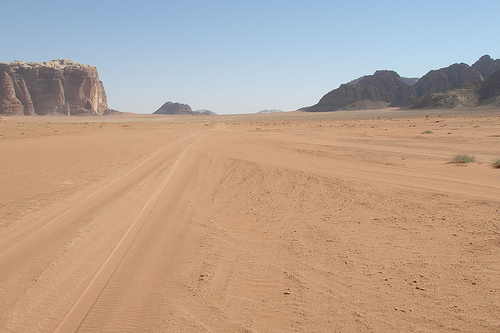 One of the things that most people who relocate to Jordan are constantly surprised by is how modern the country actually is. It is one of the safest places for expats to gain an idea of what the Middle East is really like in terms of culture and everyday life. While it is important that you are respectful of Jordanian culture and customs and should make every attempt to be sensitive, don’t worry too much.The Jordanians will overlook most mistakes if they can tell that you mean well. Here are a few things that you should keep in mind to help you settle down and be a part of the local culture in Jordan faster.

Men can shake hands with each other without any hesitation, and this is the case for women as well. Wait for a member of the opposite sex to offer their hand first – do not offer yours. Arab men will not touch a woman that they are not related to, and could also offer you their elbow. It is also usual for women to greet other women that they are fond of with kisses on either cheek. If a Jordanian woman shakes your hand at the beginning of the meeting and leaves kissing your cheek, it is safe to assume that the meeting has gone very well!

Jordanians are a very hospitable and generous people and it is likely that you will soon be invited to someone’s home for dinner. If you accept an invitation, always bring along a token of your gratitude for their hospitality. Sweets or gifts for the children would also be deeply appreciated.
When the food is served, eat with your right hand only. Serve yourself from the part of the platter that is directly in front of you, and do not reach across to serve yourself. You may also find the best bits of the meat being put in front of you by your host. Serve yourself from this selection, because this is your host’s way of honouring you and it is rude to refuse.

You should also keep in mind that Arabs traditionally view food as an important part of their goodwill towards you and will insist on overfeeding you. Eat slowly, because not only will you be given more food when you stop, but also because the rest of the table will also stop at the same time. Allow enough time for the meal to finish.

The coffee ritual is a very important part of Jordanian culture, and it would be considered very rude to refuse to partake in this ritual when invited to someone’s home. As soon as you are seated, you will be offered a very small amount of coffee. Drink this in a single gulp so that the conversation can continue. Once you are done and you don’t want any more, shake the cup quickly from side to side to indicate as much. You will also be served coffee and sweet black tea after the meal.

It is rare to see any public displays of affection between members of the opposite sex in Jordan. In accordance with this, do not indulge in any shows of affection, even if you are with your spouse, in public. This will be frowned upon by the locals and may also attract the kind of attention you’d rather keep away. Bear in mind that if you are a woman and are visibly upset or angry with your male companion, it is likely that local men could “come to your aid” and make a bad situation much worse.

Jordan is a conservative country, and it is best for female expats in particular to dress modestly. It is possible to respect the culture of the country without compromising on who you are. While you may not need to cover your head, ensure that you aren’t wearing clothes that display deep cleavage or are unnecessarily revealing. Wearing pants and long skirts is a good option for women. Leggings and T-shirts are both best avoided. For both men and women, shorts are considered underwear, and hence unacceptable clothing. If you must wear shorts, do so in the privacy of your own home. Men should not wear clothes that expose their upper arms and shoulders.