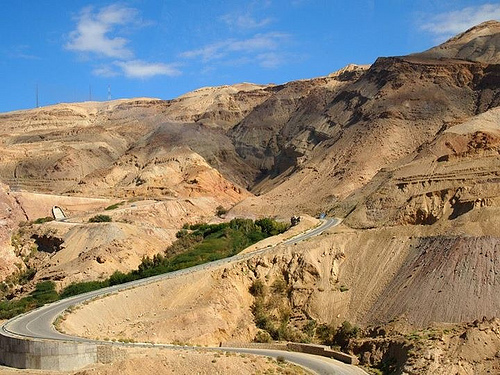 Moving to a country in the Middle East may seem daunting at first, but a growing number of people are choosing to spend their retirement years in Jordan as it offers many benefits to retirees. There are several expat hot-spots including Amman, which is the capital. Here are ten tips for expats retiring to Jordan.

There’s no need to learn Arabic

When moving to a new country, it is often advantageous to learn the official language.However, many westerners find it tough to learn Arabic as the pronunciations and characters of the language are completely different from most western languages. If you have problems learning Arabic, you need not worry; while Arabic is the official language, English is widely spoken as it is a compulsory subject in schools. Social, commercial, and business dealings and transactions are often carried out in English, and you will not face too many communication problems. However, familiarizing yourself with the basics of the language by listening to instructional CDs and learning basic phrases is a good idea.

Rent before you buy

One of the perks for expats retiring to Jordan is that it is relatively simple to purchase property. The only requirement is a reciprocal agreement between Jordan and the expat’s country of origin. An expat who buys property cannot resell for a minimum of five years. Therefore, it would be wise to rent a place in the neighborhood of your choice for a minimum of eight months to make sure that you will be happy with your purchase. As a buyer, you will have to pay a government transfer tax of six percent of the purchase amount of the property. You will also have to pay an annual property tax, so you need to factor this into your financial plans.

Don’t shy away from public healthcare

The police and military often set up checkpoints on roads, and so it would be wise to carry an ID card while travelling. The police are generally polite and helpful, and will usually wave you on as soon as you show them the required documents.

Be prepared for traffic congestion

Traffic congestion has become a serious problem in Jordan in the last couple of decades. While many of the larger cities experience severe congestion during peak hours, the capital sees the worst of it. Illegal parking is a common problem which results in bottlenecks, and this causes traffic jams and increased congestion. Poor road conditions are another common problem – it is the cause for many of Jordan’s major accidents. If you are unused to the driving conditions, it would be best to avoid a private vehicle and instead use the public transport system which is very efficient.

Religion is a very sensitive topic in Jordan. While the Muslim inhabitants are tolerant towards those of other faiths, they are not comfortable with debates about their faith. Conversion from Islam to any other religion is a serious crime, and the Islamic courts hear these conversion trials; if a person is convicted of apostasy, he/she faces dire consequences.

Pension for expat retirees is not taxed

Residents and non-residents of the country are not required to pay taxes on money that is not earned in the country. This means that the pension that you receive from your country of origin is not subject to taxes.

Many cafes and restaurants allow smoking

If you are a smoker, you will probably enjoy visiting the cafes and restaurants that allow smoking. Unfortunately, if you are a non-smoker and are bothered by smoke, you will need to enquire about a restaurant’s smoking policy before you book a table.

When inviting a Muslim to visit you, inform him/her if you have a dog

Dogs are considered to be unclean by many Muslims, which is why it is rare for Muslims to keep pet dogs. While you may consider your dog to be part of your family, do not be insulted if your guest is unwilling to come over because of your dog. If such a situation arises, you can suggest meeting in a restaurant or coffee shop to avoid awkwardness.

Alcohol is not forbidden

Unlike Saudi Arabia and other middle-eastern countries, alcohol is readily available in tourist areas, restaurants and hotels, especially in the more developed cities. While senior members of the Muslim community may frown upon their youngsters drinking alcohol, they do not expect people of other faiths to forgo alcohol.