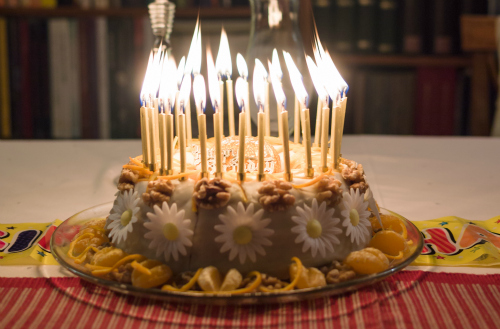 Moving to a new country can be a daunting prospect. Not only is there the logistical nightmare of packing and shipping your entire life around the world, but there is a whole new language and culture to get to grips with.

A good phrasebook will teach you how to ask ‘where is the police station?’, but it won’t tell you what to do when the cops come looking for you for breaking laws you didn’t know existed.Your crime may seem like a trivial misdemeanour, but in your new home it could be a major felony. Thanks to religion, culture and curious quirks of history, statute books are chock-full of ridiculous rules. Don’t even think about keeping a sleeping donkey in your bathtub in Oklahoma, or feeding the pigeons in Venice.

Almost as bizarre are the things citizens are allowed to do, like shooting Scotsmen with a bow and arrow (perfectly legal but only in York on a Sunday) or marry your cousin (only in Utah if you are both over 65).

Countries around the world have some ludicrous legislation; here are a few examples that prove just how confusing the law really is.

France – It is illegal to name a pig Napoleon (sort of)

When George Orwell wrote his classic satire of revolutionary communism Animal Farm, he depicted the hypocrisy and brutality of a supposed ‘workers’ paradise’. But as the animals overthrow the malicious human oppressors, French readers could be outraged by the leader of this rural revolution, Napoleon.

The problem is, Napoleon is a pig. Many in France believe it is illegal to name a pig after the Emperor of France. When translating Animal Farm, French publishers changed the power-hungry porker’s name to Cesar.

Technically, this law, “offense au chef de l’Etat”, applies to any insult against the current head of state, and to protect the secrecy of their private lives. Recent French leaders haven’t seen fit to enforce the law, with Francois Hollande’s extra-marital affairs garnering front-page coverage.

There are rumours that Charles De Gaulle, war-time leader of the free French, used the law over 500 times during his post-war presidency.

In a country where political satire is a national pastime, any leader not able to laugh at himself is unlikely to last long. Whilst the law is still on the books, it doesn’t apply as most people believe it does, making this yet another tall tale about the little emperor.

Probably the most sensible of the oddball laws on this list, there are many henpecked husbands around the world who would rather face a judge than their outraged significant other. Jail could be seen as protective custody in these circumstances.

The history of this law is a little fuzzy but various trustworthy sources insist on its validity, with many suggesting that it was once used to drive down the wife-on-husband homicide rate.

It’s actually a pleasant change to the law working in favour of the ladies for a change; many of the statutes discovered whilst researching this artist are flagrantly misogynistic. For example, Russia’s Code 253 prohibits women from 456 types of work, Israeli law prevents women from filing for divorce and Madagascan women are banned from working night shifts.

This law seems trivial in comparison to true equality, but at least Samoan women can look forward to birthday gifts while the rest of the legal system catches up.

Switzerland –Is it illegal to flush toilet after 10pm?

Much like France’s law about pig names, this is loo-based law is not as straightforward as it seems.

It’s a widely held belief for many, including some Swiss residents, that flushing the toilet after a nocturnal call of nature is against the law. It’s not. But it could be against the rules of many apartment blocks.

Whilst not a matter for the police, the Swiss Homeowners’ Society (HEV) enables landlords to enforce their own rules on tenants. So you could find the chairman of the housing association flushed with rage about your boisterous bog flushing.

The nocturnal noise pollution caused by multiple flushing toilets throughout the night can cause sleepless nights for residents of older high-rise accommodation. Consequently ‘house rules’ are known to be enforced about the playing of loud music, slamming of doors and, yes, the flushing of toilets.

It seems the Swiss are keen on their peace and quiet, with similar codes used prevent the mowing of lawns on Sundays and local laws banning noisy pressure washers from some towns.

Japan – It is illegal to be overweight

It seems odd that the country famous for its super-sized sumo warriors should pass laws to ban bulging bellies. As strange as this law sounds, it is on the books and rigidly enforced.

Obesity is a growing problem around the world, with the most prosperous nations hit the hardest. One study found that 60% of Australians are overweight and 25% are dangerously obese.

Whilst lawmakers in other countries have slapped warning labels on fatty foods and taxes on sugar, Japan is targeting individuals.

Japanese people aged between 40 and 74 have mandatory health checks, which include a measurement of their waists. Men who bulge over 33 inches and women over 35 inches are ordered to attend counselling and diet advise clinics.

The penalties for individuals might not seem harsh, but employers can face fines they fail to ensure participation or reach set targets for weight loss among staff, their families and retirees. Computer manufacturer NEC was facing a $19 million levy after failing to hit targets.

The law, dubbed ‘Metabo’ has had mixed reviews in Japan, raising awareness of healthy eating, but having little effect on current figures. Outside the country observers are even more consumed by the strict policy, as Japan is one of the healthiest nations on Earth, with only 3% obesity.

Imagine the scene: a plane touches down in Singapore and its passengers wait for their luggage to reach the carousel. As bags appear one man looks markedly nervous. The more bags appear, the more uncomfortable he seems.

He’s sweating profusely by the time by the time he scoops up his suitcase and marches quickly toward the exit looking at the floor. A customs sniffer dog comes near and he flushes red before trying to hurry away. He nears the exit and freedom, a hand clamps down on his shoulder. The customs officer snaps on the handcuffs and opens the man’s suitcase, pouring out…. minty fresh chewing gum.

Since 1992 the gooey substance has been a restricted substance, regulated by the same legislation that controls alcohol and tobacco.
Singaporeans caught with gum face fines and imprisonment; smugglers are named and shamed.

Special exemptions exist for nicotine and special dental gums, but these can only be bought from pharmacists who must then report the names of buyers.

Singapore has faced a mix of criticism and ridicule over the strict ban, which was brought in after complaints about the sticky chewy goo creating stubborn litter in the city. Singapore is a house-proud city with laws preventing littering and demanding that citizens flush after using public bathrooms.

Some of us are better at it than others. A few of us will do it daily, many weekly, and a lot of us keep forgetting about it entirely. Calling your parents can be a chore.

In China it’s illegal to ignore your parents. The ‘Elderly Rights Law’ came into force in 2013 to counter a rise in the number of lonely old folks whose adult children have moved to faraway cities for work.

The legislation insists that the older generation should never be snubbed or ignored, their spiritual needs should be looked after and offspring are required to ‘visit often’. This sound simple enough, but how often is ‘often’?

Lawmakers acknowledged the law was vague, describing it as ‘an educational message.’ Despite this, one woman was ordered by the courts to visit her aging mother at least twice a month.

With an aging population and China’s long history of single-child families, most of the country’s workforce is financially supporting two elderly relatives and using meagre leave allowances to visit them.

Much of this article is made up of laws and rules that have actively created. This section is all about a law not existing.

In most countries there is a law stating the minimum age both parties need to be to get married; in England and Wales this is 16 if parents consent. In the Kingdom of Saudi Arabia, however, there is no minimum age.

Saudi Arabia juggles legislative law with the Monarch’s executive power and the word of Islamic clerics. It’s the clerics who hold sway on marriage laws, endorsing weddings involving girls as young as 8.

Charity groups and campaigners have supported repeated attempts to enshrine 15 a legal limit on marriage, however the legislation has been defeated on multiple occasions.

UK – It is illegal to handle salmon in suspicious circumstances

It’s pretty difficult to image what the circumstances are which would make salmon handling suspicious. It’s easy to imagine unusual salmon scenarios, but none seem all that fishy.

Luckily The Salmon Act (1986) can easily be found online, so that legal eagles and fish fiends alike can ensure their salmon-related circumstances remain suspicion-free.

It’s a confusing piece of legislation that never sets out the exact terms in which it’s OK to handle the fish, but violation of the act can result in two years of prison time.

In 2008 a pub landlady in Wales was convicted under the act and ordered to pay £1,000 after a wild salmon was found in the pub’s freezer. The 12kg fish cost the landlady only £40 rather than the usual £200, which is apparently enough to make it ‘suspicious’.

Colorado, USA – It is illegal to collect rainwater

In the Wild West movies gunslingers fight of the honour of women, to protect their cattle and nobly expand the frontier. The truth is less exciting and involves more lawyers than you might expect.

This is why Colorado residents do not have right to collect the water that falls on their property: thanks to the state’s constitution it already belongs to someone else.

As settlers headed across the west, they bought up rights to land, gold, grazing and water. Thanks to a principle known as ‘prior appropriation’ the water on your land may already belong to the farmer next door, so must be allowed to flow onto his land.

Germany – It is illegal to stop on the Autobahn

Germany’s highways are famous amongst petrolheads for being free from speed limits. Car enthusiasts can pull on to the Autobahn network and push the pedal to the metal without fear of Der Polizei.

Of course, those who guzzle too much gas and come crawling to a halt with an empty tank are in serious trouble. It is illegal to stop on Germany’s fast-flowing freeways for anything other than an emergency, and in the eyes of German lawmakers setting off without enough fuel isn’t an emergency. It’s just a very silly thing to do.

Of course, there are occasions when drivers are legally obliged to stop. Germany operates a ‘duty to rescue’ principle; if your fellow traveller is in trouble you must pull over safely and help. With a first aid kit in every car and emergency training as part of the driving test, every drive should be able to make a difference.

Despite these attempts to improve safety the Autobahn network is the 6th most dangerous motorway network in the world.

What unusual laws and social customs exist where you live? Let us know in the comments!