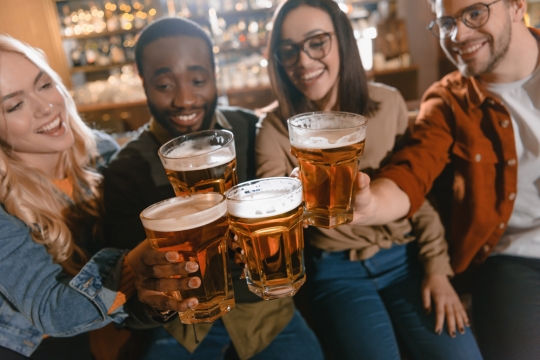 Being an expat can be a lonely existence; living in an unfamiliar culture, grappling with a new language, feeling far from friends and family. It can be challenging to transform colleagues and neighbours into the supportive friends that you need to stave off that loneliness.Luckily, as with everything in the digital age, there is an app for that. We’ve written before about Meetup, the online service that connects you with groups who share similar interests. Browsing through the listings can be illuminating as you’ll find listings for everything from book clubs to bondage workshops.

Whatever your hobbies and interests, Meetup can help you navigate your unfamiliar new home to find like-minded souls. You might want to join a running club, try a bit of business networking or sit in a café and play board games.

When you are far from home and your friendships, it can be a comfort to know you can go window shopping for kindred spirits.

Luxembourg isn’t the biggest country on the map, nor is it the strongest draw for expats. Those living in the tiny nation can find it difficult to find those who understand what they are going through. Fortunately, Meetup is there to help.

Browsing the listings reveals events for web developers, Frisbee players, LGBT activists, start-up entrepreneurs and outdoor adventurers. For such a small country, Luxembourg packs in a lot of events and entertainments.

Surrounded by other, larger European nations, Luxembourg has adopted several tongues in addition to the native Luxembourgish. Expats attending events may have to learn French, German or Flemish. Luckily, Meetup is also packed with events helping language learners practice their linguistic prowess.

Anyone heading to Luxembourg would do well to explore Meetup and fast-track their social life. You’ll meet new friends, learn new skills and push your boundaries.


Technically in Germany, Trier is a short hop by train over the border, which shouldn’t be a problem for most expats.

This city boasts a long, vibrant history, extending back to its ancient Celtic founders. Since then, the Holy Roman Empire, Karl Marx and various princes of the Prussian nation have made their mark on this city. There’s Roman ruins with UNESCO World Heritage status, as well as castles and forts that have sat on different sides of various borders over the centuries.

As well as having a fascinating city to explore, the meetup group has over 450 members you can chat with to get their take on living in the borderlands.

The group likes low-pressure events, favouring bowling, cinema trips and cocktail nights. Attendances can vary from ones and twos to dozens of users.

Once you join the group, there’s nothing to stop you proposing events of your own.

The Luxembourg Expat (And Repat) Meetup

A monster group with more than 7,000 members, this gang aims to introduce migrants working in the capital city to local people who have also worked overseas. There are also a healthy number of Luxembourgers who just want to meet adventurous souls and show off their city.

With so many members, it is not uncommon to find more than one event running at once. This group could become your entire social calendar, seeing you run from one event to another.

One Friday, for example, has a Pilates class, board game party and cinema trip planned, all with plenty of users attending each event.

This group really does seem to have an open-door policy, welcoming anyone with the right attitude to join a wide range of activities. The blurb on the web page explains it nicely: “the concept is to meet people and make friends, so various types of activities are possible”. It goes on to suggest: “book clubs, salsa, football, cycling, picnics, meals, drinks and club nights.”

This is one for the culture vultures who really want to get under the skin of Luxembourg’s arts scene.

This group tours art galleries and takes in theatre performances. Expats are invited to: “take a leap of faith and join some of our events. Or even better, propose some!”

A well-read local will be there to guide you through the confusing bits of Luxembourg’s cultural scene, while the group focuses on making friends. “This is what it’s all about, meeting people and growing.”

Expats with a taste for the finer things can see a performance of Chopin, while those who enjoy a bit of silliness can join the Zoolander screening.

Pretty much as the name says, go to a café and chat with a stranger. Nothing complicated or stressful.

There’s a bit of a structure, intended to break the ice and make introductions, but the organisers are keen just to let things flow and for the members to dictate what they want.

Crowding into a popular café in Luxembourg city, the group is often found deep in conversation, with coffee cups, teapots, beer bottles and the occasional dog.

Although this group has some pretty strict rules about joining, requiring a picture on your profile, it has some fun activities planned.

With over 2,000 members, the group is all about: “adventure, adrenaline and trying new things” with other expats. Nothing cements friendships more than a shared dose of white-knuckle terror. This group provides plenty of opportunity for excitement.

The group page is filled with images of people sporting walking trousers, rucksacks and the wide smiles of those who have just scared the heck out of themselves.

How do you meet people in Luxembourg? Share your thoughts in the comments below, or answer the questions here to be featured in an interview!