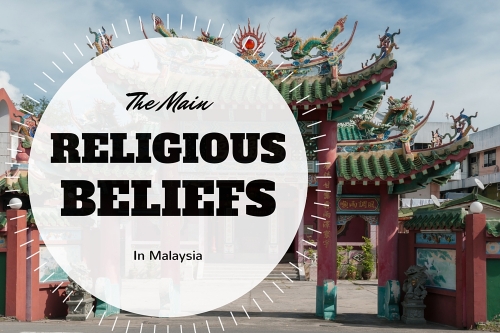 Malaysia is a multicultural country in Southeast Asia inhabited by a population of over 31 million people. Expats find it to be a welcoming place to settle with a healthy work/life balance and a friendly culture. According to the 2016 HSBC Expat Explorer report, Malaysia ranked as the 14th best country worldwide for expats to relocate to in terms of overall lifestyle experience and quality of life.The survey found that 64% of expats living in Malaysia integrate well with the native people and culture and 65% found it easy to form new friendships there.

While it is a multi-religious society and the constitution guarantees freedom of religion to its population, Islam is recognised as the official state religion of Malaysia and is practiced by over 60% of residents. It is also the legally-presumed faith of all Malays, the largest ethnic group in the country, comprising over half the total population (14.7 million people which was 50.8% of the Malaysian population as per the 2010 census).

Along with Islam, almost all of the world’s religions are followed in Malaysia, including Buddhism, Christianity, Hinduism, Confucianism, Taoism and other traditional Chinese religions. There is a strong correlation between religion and ethnicity, as most of the Muslims are Malay, Hindus are largely from India, and most Buddhists originate from China. A small percentage of the population accounts for other faiths such as Sikhism, animism and folk religion. There aren’t many self-proclaimed atheists to be found in Malaysia, and it’s noteworthy that human rights organisations have found evidence of discrimination against them by the state.

However, the various religious groups are generally quite tolerant of each other and groups have been set up to promote understanding amongst them. Malaysian politicians are keen to maintain religious harmony and national holidays are declared annually to celebrate multi-ethnic occasions such as Christmas, the Chinese New Year and the Indian festival of Deepavali along with Islamic holidays such as Hari Raya Puasa (the Malay translation of Eid al-Fitr) and Maulidur Rasul (Birthday of the Prophet). So here is a brief look at the history, traditions and customs of the main religions found in Malaysia that expats should acquaint themselves with.

The official state religion and the predominant faith of the region, Islam is practiced by about 61.3% (approximately 19.5 million people) of the Malaysian population according to official 2013 figures. The religion is thought to have been introduced to the land as far back as the 12th century by Indian and Arab traders, and was certainly the dominant faith of most of the population by the 15th century during the time of the great Malacca Sultanate.

The official code that is strictly adhered to in Malaysia is the Shafi’i version of Sunni Islam, and the practice of other forms of the religion are banned or heavily restricted. Mosques are a common sight in all parts of the country and adhan (call to prayer) can be heard from minarets five times every day. Most public spaces have allotted areas called Surau which are used for performing prayers, and workers are allowed two hours for Friday prayers in mosques.

The constitution of Malaysia provides that one must be a Muslim to qualify as a Malay, and in practice a Muslim cannot convert to another religion as claims are denied by the Sharia courts. A non-Muslim marrying a Muslim is legally required to convert to Islam. Schools are required to provide children with courses in Islamic religion, although non-Muslims can opt for ethics classes instead. The police strictly monitor the Muslim population and enforce Islamic law that prohibits any behaviour considered to be immoral according to the religion. Muslims are bound to follow the rulings of Syariah courts which enforce Sharia law in matters concerning their religion – such as marriage, divorce, inheritance, custody and religious conversion. The King is regarded as the nation’s upholder and defender of the religion.

The most iconic place of worship in Malaysia is the National Mosque located in the heart of Kuala Lumpur. Built in 1965, it has a capacity of 15,000 people and is surrounded by over a dozen acres of picturesque gardens. It also features a stunning sixteen-pointed star main roof and a 73-metre tall minaret. The mosque’s prominent location in the capital city highlights the country’s Islamic identity. As it is a state religion, many mosques and Islamic services are supported by the government.

The important Islamic holidays are all observed, including Maulidur Rasul (Birthday of the Prophet) and the pilgrimage to Mecca. Ramadan, the month of fasting, is strictly observed by the Muslim population and concludes with a grand celebration.

After Islam, Buddhism is the second most-widely followed religion in Malaysia, with an estimated 19.8% of the population (over 5.6 million people according to 2010 census figures) identifying as Buddhist. It is mostly practiced by the Malaysian Chinese community who follow the Mahāyāna traditions, but it is also prevalent amongst a significant number of Malaysian Sri Lankans and Malaysian Indians too.

Buddhism was introduced in the region as early as the second century BC by Indian traders and priests who were travelling maritime routes and brought with them, amongst other concepts, the spiritual teachings of the Buddha. The Buddhist faith flourished amongst Malays for many centuries, often synthesised with the indigenous Indian tenets of Hinduism, until the majority of Malays converted to Islam during the prosperous age of the Malacca Sultanate in the 15th century.

Many of the Malaysian Chinese, the largest Buddhist ethnic group in Malaysia today, practice a variety of faiths including Mahāyāna and other branches of Buddhism, Chinese traditional religions, Confucianism and Taoism. They often incorporate teachings and beliefs from several faiths into their daily lives even though they may identify themselves as Buddhist when asked to specify their religion. While the Mahāyāna traditions are popular amongst the Malaysian Chinese Buddhists, the Sinhalese and Thai minority communities mostly follow the Theravada branch of Buddhism. Mahāyāna services are usually conducted in Mandarin or other Chinese dialects, though some temples in urban areas do have preachers speaking in English too.

The Malaysian Buddhist Council is entrusted with the task of fostering close ties between the two sects and promoting the practice and study of the religion. Vesak day, commemorating the birth of the Buddha, is a national holiday in Malaysia and is jointly celebrated in Kuala Lumpur and Selangor by both Buddhist branches every year.

Most of the Mahāyāna temples in the country were built in the classical ‘Chinese Temple’ style of architecture and are stunning to behold. The Kek Lok Si Temple (“Temple of Supreme Bliss”), located in Air Itam in Penang, is one of the largest and most famous Buddhist temples in Malaysia. Built between 1890 and 1930, the Kek Lok Si complex is blessed with an impressive sea-facing view and features magnificent artwork and architectural examples such as the seven-storey Pagoda of Ten Thousand Buddhas. It is a major pilgrimage destination for Buddhists from Hong Kong, Singapore, the Philippines and other Southeast Asian countries.

According to 2010 census data, Christians account for just under ten per cent of the total Malaysian population (9.2%, or roughly 2.6 million people). The highest concentration of Christians is in East Malaysia, where in the two states of Sabah and Sarawak they account for 30% of the population. The major denominations are Anglican, Methodist and Roman Catholic, while Baptist, Brethren, Lutheran, Presbyterian, non-denominational and independent Charismatic churches are also found.

The origins of Christianity in Malaysia can be traced back to the arrival of traders from the Middle East in the 7th century who brought the religion with them. Catholicism was further introduced by the Portuguese in the 15th century, and the Dutch brought Protestantism in the 17th century. Protestantism gained popularity and surpassed that of Catholicism once the Portuguese influence began to diminish. Missionaries arriving during British rule in the 19th century widened the reach of Christianity and established it in East Malaysia. As missionaries spread further through the peninsula, they were prevented from converting Malays and instead directed their efforts on Indian and Chinese communities.

As the nation has become progressively more Islamic, Christianity has become more restricted. While existing churches continue to operate, the establishment of new ones is heavily restricted and is banned in certain areas, such as in the city of Shah Alam. Christians are not permitted to convert Muslims and any literature of theirs must be labelled as being for non-Muslims only. For instance, the 2004 film The Passion of the Christ was restricted to Christian viewers only by Malaysian authorities. The restrictions on distribution of Christian material are far less strict in East Malaysia as compared to the west. Good Friday is even a holiday in East Malaysia, though it isn’t one nationally. Christmas is a national holiday.

Hinduism is officially the fourth largest religion in Malaysia, with roughly 6.3% of the total population (nearly 1.8 million people) identifying as Hindus according to the 2010 census. Areas in the west of Peninsular Malaysia have the highest concentration of Malaysian Hindus, in states like Negeri Sembilan, Selangor, Perak and the Federal Territory of Kuala Lumpur. Most of the current practitioners of Hinduism in Malaysia are descendants of migrant communities from the Southern Indian state of Tamil Nadu, who arrived in the region to work on British rubber plantations. There also exist smaller communities from North India who are practicing Hindus.

Historically, Hinduism’s roots in Malaysia were established when Indians arrived in ancient and medieval times. As trade with India flourished, concepts of Hinduism, the Sanskrit language, Indian government and cultural traditions were prominent in Malaysia at the time. Hindu Malay maritime trading states were established in coastal regions and prospered here between the 2nd and 13th centuries.

More recently, settlers arrived from South India during the British colonial rule in the 19th and 20th centuries to leave behind conditions of famine and impoverishment back home. Many were employed alongside Chinese immigrant labourers in tin mines, coffee, sugar and rubber plantations, while the more educated acquired higher level positions. The living and working conditions of the Hindu immigrants were far from ideal and they were increasingly marginalised and forced to confine themselves to interactions amongst their own community.

Following Malaysia’s independence in 1957, many of the Indian and Chinese immigrants were denied residency and minorities were targeted in a streak of racial and communal riots in the following decade. As a result, the religion’s following decreased as many Malay Hindus emigrated to India in subsequent years. In recent times there have been claims of government sanctioned persecution of Hindus and demolition of several Hindu temples.

Nevertheless, Malaysian Hinduism is diverse in its presence, with many large urban temples devoted to particular deities. The Shaivite tradition, or worship of Lord Shiva, is a popular faith amongst the South Indian community, while many from North India are Vaishnava Hindus. The International Society for Krishna Consciousness (ISKCON) has a significant presence with temples present in Kuala Lumpur and across other parts of Malaysia. All temples conduct prayers and celebrate holy occasions and festivals throughout the year, such as Thaipusam (Lord Murugan festival), Pongal (harvest festival) and Navaratri (Durga festival). The main Hindu festival of Deepavali (festival of lights) has been declared a national holiday and Malaysian Hindus are known to open their doors to neighbours of all ethnic groups to share in their celebrations every year.

According to the 2010 Population and Housing Census, 1.3% of Malaysia’s total population practice Confucianism, Taoism and other traditional Chinese religions, 0.7% identified themselves as atheists or having no religion, and a further 1.4% practiced other religions or gave no information. Amongst the other religions, Sikhism has a following of about 120,000 people, and a small Jain community exists of around 2,500 people, mostly ethnic Gujaratis from India. The city of Ipoh is home to the only Jain temple in the region.