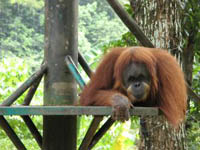 Malaysia has a rich and diverse history, and even today is home to a variety of people from many different ethnic groups. As a result, the languages spoken in Malaysia are quite varied too.

The most widely spoken language is Bahasa Malaysia, which is actually a dialect of the Malay language. There are several other Malay dialects spoken across the country, in addition to which you will hear Chinese dialects, certain Indian languages, and languages of some of the native tribes. English too is fairly widely spoken across Malaysia, especially in the cities and towns. In the bigger cities like Kuala Lumpur, it is even possible to get by on English alone.Learning local languages

Of course, most expats living in Malaysia want to do more than just get by. Learning a local language always makes it easier to navigate the country, settle in, find more acceptance with the locals, and feel a sense of belonging yourself. Of course, in a multi-linguistic country like Malaysia, the question is which of the local languages you should learn. In general, the combination of English and Bahasa Malaysia should suffice almost anywhere in the country. Bahasa Malaysia is spoken widely not only across Malaysia (it is in fact the official language here), but by people from many of the neighboring countries too.

In addition to this, depending on exactly where in Malaysia you are located and the circles you find yourself in, you may need to learn at least the basics of an additional language.

Although many Malaysian locals speak English, a large percentage of them speak a rather rudimentary form of it, which will often make it difficult for you to understand them and vice versa. It is therefore advisable to speak clearly, both in terms of enunciation and choice of words. In the business world, such issues are rare, but out on the streets, exchanges in English often lead to harmless but frustrating misunderstandings. In addition, remember that once you leave the big cities, you will find fewer English-speaking people. In the rural areas, English speakers are even rarer.

Because Malaysia is so multicultural, describing or adhering to any kind of universally accepted etiquette is rather difficult.

What is acceptable or not, what is considered formal and informal, will often depend on where you are and who you are dealing with. In general however, being mindful of the more common Asian customs is a good idea. Personal space, for example, is not as highly valued as it is in Europe or North America, and you will often find that Malaysians stand in quite close proximity during a conversation, and may even initiate physical contact. This is in no way considered aggressive, presumptuous, or rude. In fact, it is usually a sign of friendliness.

On the other hand, women in Malaysia will tend to maintain more physical distance, and will initiate and allow less physical contact. Eye contact too is less important in Malaysia than in most Western countries, and again, women will tend to have less eye contact, especially when talking to men.

Displays of affection, or even anger, are rare in public. Malaysians tend to be rather reserved and/or conservative, and such displays tend to be considered unacceptable. However, this applies less to younger Malaysians today, especially those in urban areas. For expats too, these rules apply less strictly, since the cultural difference is generally acknowledged and accepted.

In terms of what is said, Malaysians tend to be very respectful and reserved. Opinions, if offered, will often be offered very politely, and in what may seem like a rather roundabout or confusing way. On the other hand, you may often be asked questions that seem excessively personal, regarding your family, marital status, professional experience and so on. Once again, this is mere friendliness and curiosity – such questions are generally not considered rude, and the asker will usually be happy to provide corresponding information about himself. Malaysians are also always happy to discuss and introduce you to various aspects of Malay culture.

However, it is generally advisable to be cautious when making jokes or when talking about sensitive topics such as religion, politics, and sexuality. Such topics may not be considered polite unless you are with close friends.