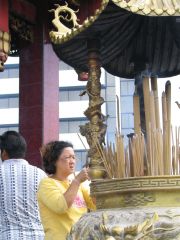 Sarawak and Sabah comprise what is known as East Malaysia, or Malaysian Borneo. In contrast to the major industrial and commercial centers of Kuala Lumpur and Petaling, the island territory is comprised of mostly lowland rain forests and is home to just about a fifth of the total Malaysian population. Many expats that choose to relocate to Malaysia for its low cost, but high standard of living settle in popular neighborhoods around Kuala Lumpur. However, this is not to say that there are not opportunities for expats on this island. Although travel can clearly be problematic, there are limited opportunities for expats that want to settle in East Malaysia.An Overview of Sarawak and Sabah

The administrative capital of Sarawak is Kuching, which is home to just around 2.5 million people. With most of the economic opportunities in Malaysia burgeoning around its thriving economy, the industries that drive financial independence on the island of Borneo in Sarawak are a far cry from the major cosmopolitan cities on Mainland Malaysia. While timber collected from the island provides a major export for the island, Sarawak’s economy is driven by tourism and agriculture. Unlike Mainland Malaysia, which has been transformed to an industrial, modern society, Sarawak is heavily focused on environmental policy and the travel industry, all of which pose very limited benefits for expats to capitalize on. Although the area is heavy in natural resources, expats looking for work in finance or the sciences should most likely remain within the boundaries of the Malaysian Mainland.

Sabah poses more opportunities for expats than does Sarawak, although the prospects are still fairly slim. The economy of Sabah profits primarily off of agriculture, tourism and manufacturing. There are hundreds of small and medium industries in operation throughout Sabah, offering more opportunities for expats who want to work but also want to avoid the fast-paced life that living on the mainland can sometimes entail. Many of the expats working in Sabah work for large multinational corporations in the oil and lumber industries. Some expats even work in the tourism industry, although most of these workers are sent from overseas companies as well.

Those living in Sarawak and Sabah can access the mainland via air flights and sea transportation. Although flights would be relatively short, expats should consider the limitations that such travel may place on their overall success in their business ventures. If working in an office is a must, then Sarawak and Sabah may not be the right area for an expat looking for a home in Malaysia. Restricting the movement and work of expats through this isolation, the relative economies of Sarawak and Sabah suffer heavily due to this fragmentation. With the government of Malaysia attempting to attract expats to build the economy, placing oneself in East Malaysia is impairing one’s own chances at a successful career.

East Malaysia vs. the Malaysian Mainland

Although the mainland is well connected to the territories on the island of Borneo, the area itself is simply less developed than most other parts of the country. Many expats find the mainland attractive because of the architecture, modern conveniences and opportunities to network and interact with the locals. Networking and making acquaintances is an important component of an expat lifestyle. Luckily for those wanting to settle in East Malaysia, there are enough expats in the territory to do so. In consideration of all other factors, however, the mainland does pose more potential success and prosperity for expats.

It is quite possible for expats to move to Sarawak and Sabah and live a fulfilling, prosperous life. However, the chances of this happening are quite slim in comparison with the Malaysian Mainland, or West Malaysia. Due to the centrality of cosmopolitan cities such as Petaling and Kuala Lumpur, expats are far more likely to secure employment around these central cities. Of course, this depends upon the industry in which an expat seeks to gain employment; however, a good framework is to stay in the West for work as an expat in Malaysia.