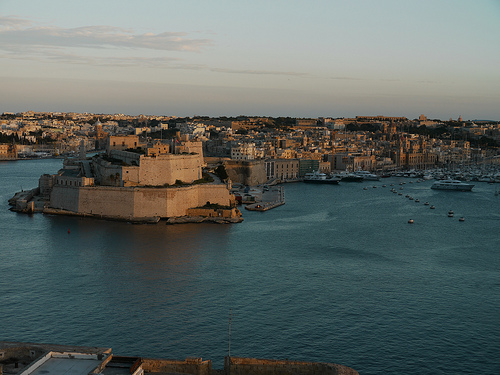 For over half a century now, Malta has been a popular destination for expats, especially from the UK and other European nations. The country entices foreigners of all ages, especially those who want to retire close to home.

Some of the main factors attracting expats to Malta include the following.

Low taxes: This is probably one of the main reasons why foreigners choose to settle down in this country. There are no wealth, inheritance or annual property taxes in Malta.Income tax also tends to be lower, with rates starting at 15% for people earning €8.5-14.5k and around 25% for those earning up to €60k. Any increase on this is charged at around 35%; much lower than many other European countries.

The weather: Malta has a Mediterranean climate – the summers are dry and hot, spring and autumn are pleasantly warm, and winters are short. On average, the temperature ranges between 12 degrees C (54 degrees F) and 31 degrees C (88 degrees F). During summer, the country receives around 12 hours or more of sunshine every day; in the winter, this drops to around 5-6 hours. This country is therefore ideal for those who prefer warm temperatures. However, winters can be quite chilly, especially if you happen to live in an old house which doesn’t have central heating. The country receives rainfall for fewer than 90 days each year.

Its proximity to other European countries: Situated in the southern part of Europe, Malta’s closest neighbours are Italy, Tunisia and Libya. It is also quite close to Germany, Greece, France, Portugal and Spain. By taking a flight from Malta, you can reach London in 3 hours or so, Berlin in about 3 hours, Athens in less than one hour, Paris in 2 hours, Lisbon in 2.5 hours and Madrid in around 3 hours. Many Brits travel from Malta to the UK by train and ferry so that they can get to see Italy on the way.

The language: The two official languages in this country are Maltese and English. While the national language is Maltese, more than 88% of the population speaks fluent English, 66% can speak Italian and around 17% can speak French. Most foreigners find it easy to communicate with the locals even if they hardly speak any Maltese.

Healthcare: The World Health Organization has ranked Malta 5th in the world for its medical standards. Anyone who pays national insurance in Malta qualifies for free healthcare, however with the rates for private healthcare being comparatively low, many expats choose this option.

Some of the other factors that attract expats to Malta include the high standard of living, low crime rate, great night life and the friendliness of the locals.

At the same time, there are a few aspects of living in Malta that may soon make you miss home. Some of the cons of the country include:

Finding imported products: Many expats often complain that they can’t easily find food items from their home countries in Malta. On the rare occasion that you do find imported items at the supermarket, be prepared to pay double of what you would back home.

Pollution: People from other countries like the US, UK, Canada, Germany, France and Italy often feel that Malta is very polluted and even use the term “dirty” while describing it. A clear lack of cleanliness can be seen in several areas, especially those that are frequented by tourists. The locals keep their homes spic and span but don’t think twice before polluting the streets. Even though Malta doesn’t have a large-scale chemical industry, the country is highly polluted because of power stations, waste tips, the construction industry, motor vehicles and sewage outflows.

Poor infrastructure: The Government has done little to improve public transport in the last few years. Most residents therefore use their personal cars for even small distances, which in turn increases traffic.

Laidback attitude: A relaxed approach is usually an advantage, but not everyone has the same outlook towards work. Most of the residents accept and perhaps even expect a lack of professionalism from everyone. For example, if you call a laborer to fix something at home, don’t be surprised if he shows up weeks after the appointment.

Those are our main pros and cons of living in Malta. Have you lived there as an expat? Share your experience in the comments.