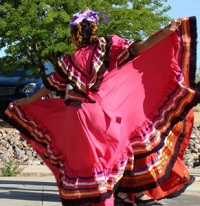 Despite Mexico’s proximity to the United States, life in Mexico is worlds apart from its northern neighbor. Yes, Mexico is a great holiday getaway with its exotic cultures and fascinating historical sites, but living in Mexico is a different story. Mexico has a rich cultural history and this means that there are plenty of regional customs, traditions and practices that will appear alien to most expats.

We are all brought up to be a bit ethnocentric, so cultural practices that are extremely different often come as quite a shock and may at times even be looked upon with derision or as offensive. This holds true when moving to any new country which is why it’s always a good idea to delve into the cultural background of the place you’re moving to. It becomes a lot easier to adapt and adjust to the local culture when you already have some idea about the local practices.Here are some cultural quirks that you should be aware of before you set foot in the country.

Most Mexicans do speak some English, but there are many who do not, especially if you move out of the bigger cities. While it isn’t necessary to learn Spanish it would help to have some basic knowledge of Spanish.

Understanding the local language will not just help with communication, but it will also help understand local signs, packaging information and prices.

Language however isn’t the only barrier to communication in Mexico. Mexicans are by nature extremely polite and helpful and like many other Latin American and Asian cultures they hate to let you down. Unfortunately, this sentiment is precisely what will let you down! All too often you will be given assurances about a delivery or task being completed by a certain time, even when it’s just not possible. If you know what to expect however, you will be better prepared and won’t feel as frustrated. Don’t try to fight it as this is just part of Mexican culture. Be particularly wary of affirmative responses that you get especially when conducting business transactions.

Mexico is known for its bureaucratic red tape and paper work. This is probably the biggest hurdle to expats because you will be faced with mountains of paperwork for almost every essential task from opening a bank account to buying and renting property. The sheer number of documents required and signatures to go with those documents will leave you feeling completely overwhelmed. Almost all paperwork will require an official stamp for it to have any legal value and make sure that you have an efficient filing system because you will probably be expected to produce some random piece of paperwork somewhere down the line. This is one of the biggest complaints from most expats in the country and its one that an issue that gets the locals all riled up too.

Public transport in Mexico is cheap and efficient but it is extremely disorganized and chaotic. Automobiles are affordable and private transport is therefore the best and most popular choice for expats. Be warned that traffic discipline is poor and it would be best to drive carefully, slightly under the speed limit. Always be cautious and be on the lookout for drivers who flout various driving laws like those concerning lane discipline, speed limits and overtaking. Expats should also be wary of hitchhikers and avoid stopping for broken down vehicles as these are often ploys used by criminals to extort or rob foreigners.

Mexicans really are that friendly

When expats talk about the warmth and hospitality of Mexicans they really aren’t exaggerating. Locals are extremely friendly and will often strike up conversations at random. They are polite and amiable and you will often have strangers greeting you and wishing you well. As is the custom in most parts, if you’re not sure what to say just go with a simple thank you, which in Spanish would be ‘gracias’.

Mexicans are extremely religious and although their population is overwhelmingly Catholic they are very accepting and tolerant of all faiths. Their religious life often spills over into public life as there are plenty of festivals that are celebrated with processions and carnivals that disrupt traffic and businesses. This can be irksome to new expats, but you will have to learn to plan your schedule around such festivities.

Mexican culture is warm and welcoming, so don’t be dissuaded by the cultural differences, as you will grow to accept, if not appreciate them over time.