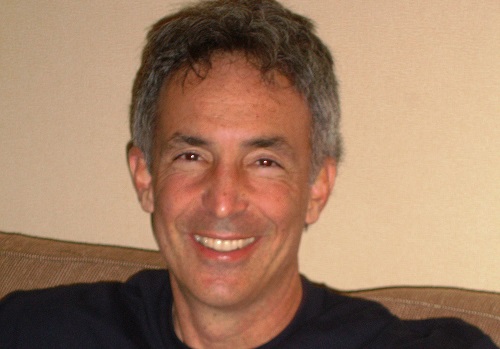 Chuck, you're VP Business Development at Best Places in the World to Retire. Tell us a bit about your role – what does a day in your life look like?

Thanks, Scar, for the opportunity to be interviewed for Expat Focus. It’s an honor.

In broad terms, I’m responsible for bringing content to our site that is high quality and useful to people considering moving abroad, as well as managing our business relationships.I’m also in charge of getting our content distributed to the largest possible audience, and we’ve been very fortunate to have articles by or about us appear in Forbes, Marketwatch, Yahoo, Next Avenue, The Street, and lots of others.

Recently, I’ve taken on the role of a writer, which was not what we originally planned. Last year, my wife and I sold, gave away, or put into storage everything that wouldn’t fit into a big, white van, and with our two dogs, set out on a year-long road trip through Mexico, to visit the most popular expat destinations and generally experience Mexico as complete newbies. We spoke very little Spanish, and had never been to almost any of the places we visited.

Along the way, we wrote about what happened, which turned out to be very useful for people like us who were considering moving abroad. We recently published an eBook about it: Our Year on the Road & Living in Mexico—Adventures, Challenges, Triumphs, and Lessons Learned.

What challenges for expats does your website aim to address?

Like Expat Focus, our objective is to provide balanced, credible, usable information for those considering moving abroad. There are three main parts to our site:

At the heart of our site is a Questions & Answers area, with more than 9,500 answers to the most often asked questions about living abroad, all answered by expats already there. It’s a great research tool. One of the more popular features of this area is that each question is generally answered by several expats, which is important because there can be more than one perspective on a question. For example, your opinion of the quality of the shopping in Panama may be different than your mother’s or father’s. Our site provides multiple viewpoints.

We have more than 300 Expat Stories, where expats tell about their life abroad. Some stories are funny, some are cautionary tales, and others just give you a feel for day-to-day life abroad.

Visitors to our site can also use our online, real-time software tool called the Location Advisor that will consider the preferences our visitor enters, and then makes an immediate suggestion as to the best place for them to live. Our visitors love it.

Which countries have you found are the most popular places to retire to, and why is this?

Our site is in English and our visitors are mostly Americans and Canadians. We’re a relatively new site and adding countries all the time. We started with Panama, then added Nicaragua and Belize, then Portugal, and our most recent country is Mexico. We plan to add Ecuador and Costa Rica next.

Each country and region within a country has pluses and minuses and of course, no one country or region works for everyone. For example, many of our visitors like Belize because the official language is English and it uses British Common Law. However, while Belize has stunning islands and beauty, most of it is relatively close to the sea or flat, which means that some people would consider it to be too hot to live year-round, which is an issue it shares with Nicaragua. But if you like surfing, the Pacific side of Nicaragua can be spectacular.

The advantages for Panama are that it has mountainous areas like the famous expat village of Boquete, where the temperature is in the 70s most of the year, as well as Caribbean and Pacific beaches, and it uses the US dollar. Portugal is not as popular with Americans and Canadians as it is with Europeans, although it has lots to offer, including a good cost of living and generally good infrastructure.

Our most recent addition, Mexico, is a large country with lots of diversity. It appeals to people who like everything from new beach resorts to old colonial cities, to mountains and coasts. Like Portugal, Mexico has great food. The unique advantage Mexico has over the other locations is that Americans and Canadians can and very often do just drive there.

You've recently conducted a survey of expats in Mexico – tell us about the survey and its aims.

We are always looking for high-quality, actionable information for our visitors, so in addition to our Q & A, Expat Stories and Location Advisor mentioned earlier, we looked for a broad-based research study of expats in Mexico to present to our visitors. Unfortunately, we couldn’t find one, so we decided to do it ourselves.

We had already done three research studies on Panama, Nicaragua and Belize, so we had a good amount of practice on how to do it right. We interviewed more than 1,100 expats already living in Mexico and asked them questions such as “Why did you move to Mexico / what were you looking to accomplish?”, followed by what they found when they got to Mexico. We could then compare the two sets of responses in order to judge how successful the expats were. We also asked about what they were afraid of and which fears came true, and what surprised them.

We tried to reduce or eliminate the most common biases. We don’t view ourselves as cheerleaders for any country or region, but rather, as providers of balanced information. The study has a margin of error of + / – 2.9%

We broke out the results for women vs. men, the age of the expat, how long they lived abroad, what was their country of origin, where in Mexico they moved, marital status, etc., to see what was the most interesting. The study also has hundreds of comments provided by the expats themselves, as well as analysis by us.

The results were fascinating, especially because we were able to compare the results against the research studies we did on Panama, Belize and Nicaragua.

Broadly, what did you glean from the survey's results?

Here are some of the more surprising findings:

The item that most surprised the expats was the quality of the healthcare in Mexico.

Playing against type, women were less afraid than men on most measures.

The expats in Mexico were much less likely to have problems than expats who moved to Panama, Belize, or Nicaragua. We discussed why we believed this to be so.

Not surprising to us or to people who live in Mexico was that the expats who already live there find it quite safe.

We found the locations within Mexico where the expats were most happy and successful and we discovered the expats’ biggest complaint.

Do different countries suit different styles of retirement? Could you sketch for us a couple of options and the differences between them?

Except in broad terms, I would be reluctant to characterize an entire country in terms of style of retirement. For example, Mexico has almost an infinite quantity of styles available, from shoeless beach bum to museum-going and foie gras eating urban sophisticate. In each of the countries we cover, if an expat chooses to, he or she could live in a gate-guarded expat community where it would be difficult to know that they weren’t still in the US or Canada, or they could live amongst the locals or even in a very rural setting, almost like camping. All these styles and everything in between is available, if you know where to look.

If you could give one piece of advice to someone who's thinking of retiring abroad, what would it be?

This is a very important question, and I’m very glad you asked it.

Moving abroad is just like moving within your own country, only more so. Your attitude will be by far the largest determinant of your success or failure. If you view differences as an opportunity for growth and to learn, the chances are that you would love moving abroad. If you view differences as bad, you will most likely be unhappy abroad. I wrote an article about this titled “Exposed: the Move and Live Abroad’ Industry Is a Sham, a Scam, and a Fraud.” (http://nws.mx/2r0ScQK) I believe this article is a “must read” for anyone considering moving abroad.

I also wrote an article on how great moving abroad can be for anyone with the right attitude: “How Traveling and Living Abroad Gave Me a Better Perspective on Time and Happiness.”

Finally, when you're not working, what do you enjoy doing in your spare time?

Consistent with that saying about the busman who goes on holiday, when I’m not working, I enjoy traveling. I guess it’s in my blood now.

You can download Chuck's eBook, Our Year on the Road & Living in Mexico—Adventures, Challenges, Triumphs, and Lessons Learned, for free here.

All the studies mentioned in this article are available for free download here.