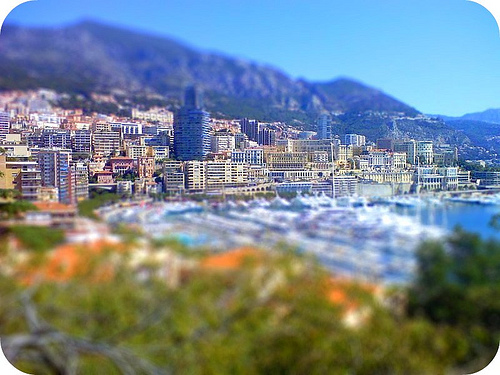 Monaco is an expat haven for many reasons, perhaps the main one being that residents don’t have to pay taxes on the income they earn worldwide. The country also has some of the most luxurious properties in the world. Monaco ranks highly when it comes to security; crime rates stay low and the local police force is efficient. Businesspersons love Monaco for its strategic location, being a convenient place from which to travel to other European destinations.Monaco’s education system follows the French curriculum, but bears an international focus. Students learn English from the age of three, and included in the curriculum are subjects such as the history of Monaco and the Monegasque language, which is taught to students in primary and secondary schools. Religious instruction is also part of the curriculum, although it is subject to parental approval.

The education system in Monaco makes schooling obligatory for children aged 6 to 16. Nursery schooling can begin at the age of three. Monaco’s public and private schools are recognized as French educational institutions abroad, and the teaching programs, schedules and examinations are in accordance with those set by the French national educational authority. French is the language of instruction for school lessons. In order to assist students who do not speak French, some schools also include it as a Foreign Language section.

The principality of Monaco has different types of schools that adhere to the obligatory educational requirements. Public schools do not charge any fees, since state education is free. Monaco has six nursery and primary schools that are run by the State. There is also a collège, which is a secondary school for students between 11 and 15 years; a general and technological school lycée, for students aged 15 to 18; and a vocational lycée. Private schools under contract are required to meet the same educational requirements concerning schedules, programs, teacher appointments and examinations. These private schools are subsidized by the State, but are categorized as different from public schools. Private schooling that is not under contract with the Monegasque State is provided through international schools. These schools have autonomy with regard to teacher recruitment and educational programs.

Expat parents often prefer to send their children to international schools. In Monaco, many overseas residents that live and work in the principality as diplomatic staff, executives in multinational companies and as staff in NGO’s, find international schools to be a convenient solution for their children’s education. International schools located across the world adhere to similar educational standards, enabling students to make an easy transition between schools, when the family relocates back to their home country, or to a different country.

The International School in Monaco opened in 1994 with just 34 students. This is a non-contracted school in the Principality. Today nearly 550 students, between the ages of 3 and 18, belonging to almost 48 countries, study at the school. Lessons are taught in both English and French. ISM provides fully accredited international bilingual education. Students are prepared for the International General Certificate of Secondary Education (IGCSE) and the International Baccalaureate Diploma.

The teaching staff at ISM have full teaching qualifications from their home countries and most of them also have several years of experience. The majority of the teachers are fully bilingual in English and French, while some also speak a third language. The school has an active Staff Development program, which imparts I.B. training courses and conferences to the teaching staff.

The school premises, which were recently renovated, are air-conditioned and consist of two adjoining buildings. The Early Years and Primary Schools have their own outdoor playground, adjacent to the school. An outdoor sports area for students of the Middle and Secondary Schools is situated at Monaco-Ville, a brief walk from the school. Recently, a 500-square meter sports area and playground was also built, adjacent to the school. The annual fees at ISM can be quite high, and may get be high as 23,000 Euros by the time a child reaches Grade 13.