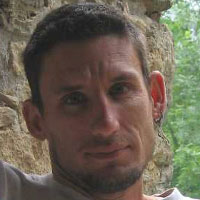 Over a dozen horsemen come bearing down on me at a gallop, rifles raised above their heads. Just as I start to panic, they rein in hard and bring their horses to a skidding halt no more than two metres from me, simultaneously firing a volley of shots into the air. Welcome to Morocco…

I’m in the dusty countryside, watching the “fantasia” – a traditional harvest celebration, where groups representing different villages compete in these displays of horsemanship. As another volley of rifle shots explodes into the air I’m reminded of the fact that ‘Lawrence of Arabia’ was filmed in Morocco.

As we walk around the display ground with Will, one of our HomeStay hosts, I can see we’re the only Europeans here. There are smiles from the men, shy glances from the women, and open stares from the children.Then everyone’s attention is grabbed by the next group galloping at full tilt across the open area surrounded by spectator tents, one for each village. It seems impossible that the horses will stop in time and will go crashing into the spectators, where I’d been foolish enough to stand a few minutes earlier, but of course they master their horses in a plume of dust and rifle smoke.

Back home afterwards, Will shows me around and explains the complex irrigation system that keeps their avocados, lemon trees and grapevines watered – and tell us exactly how you go about digging a 58-metre deep well! The fruit production is just a hobby, but his passion for it is infectious, as he guides me through avocado and lemon trees that are literally bowing under the weight of their fruit.

Andrea and Will have both taken early retirement (she was a university lecturer, he a doctor) and built a house on five hectares of land they bought in the Moroccan countryside. Their son, Michael, is back from university in their native England. Andrea treats us all to a large platter of oven-roast vegetables – with some Moroccan-style spices. We talk about the massive investments in infrastructure that are obvious since my last visit to Morocco 16 years ago – 3000 km of motorways built in just three years; brand new railway stations with sumptuous Arab architecture; the country’s first high-speed rail link. Andrea and Bill put it down to the unity and stability Morocco’s monarchy provides. They feel the new King has used that wisely to attract modernising investment.

The following day, the chergui is blowing – a hot east wind that feels like being in a tumble dryer. Will declares that it’s too hot for him to work, so instead he takes me to the souk, an informal market about a kilometre away, where you can buy everything from fruit to second-hand clothes, from durum wheat to salvaged laptop parts. Water sellers in bright red robes stroll around, ringing their bells and pouring glassfuls of water from goatskin gourds. Once again, I’m the only tourist. Will had asked me to be discreet about photographing people here, but I can’t resist snatching sneaky pictures. We buy melons and oranges, plus straw hats against the heat. Most of the women are in traditional robes and headscarves – with the addition of baseball caps to shade their eyes!

Over a copious vegetarian couscous, Andrea tells me about her voluntary work helping local women generate more income as part of a women’s cooperative. She and Will are obviously well integrated into the local community, helped by the fact that they both speak good French and some Arabic.

My couple of days with them have proved to be the highlight of my stay. Being with real people has given me insights into today’s Morocco that I couldn’t get from staying in a tourist hotel and eating in restaurants. And staying with British expats has helped me not to make any cultural gaffes, as well as not having to struggle with a language barrier.

I make my way to my flight home and I sit typing this while surfing the free WiFi at the airport, waiting for my plane from Casablanca back to London. I have a flash of Humphrey Bogart in my head – “Play it, Sam” – but as my hosts have helped to show me, this is far from the country it was in 1942. The benefits of being a HomeStay guest are not to be underestimated. “I think this is the beginning of a beautiful friendship,” says Bogie in the last line of the movie. Well, Andrea and Will have an invitation to visit me when they’re back in England, and I’m quite certain it won’t be another 16 years before I’m back in Morocco.