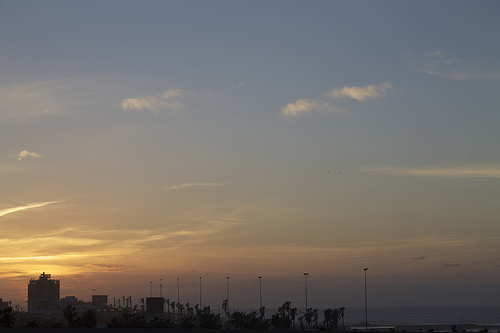 Morocco has been attracting investors as well as professionals from all over the world, mainly because of its stable and growing economy. Many expats with expertise in the fields of technology, training, communication and business management have taken up jobs or assignments in this country.

When it comes to doing business with people of a different nationality, it is important to learn about their work ethics, customs, beliefs, attitudes and etiquette. This will also help make your transition into your new professional environment much easier.The business world in Morocco is greatly influenced by French culture. There is a lot of emphasis on respect, formality and courtesy. Personal relationships play an important part of the work culture. Moroccans tend to take a while to trust someone and are mainly comfortable dealing with people they know.

Below is a short guide to the office culture in Morocco.

The language of business

Darija or Moroccan Arabic is the official language in the country. It is the main language used in government agencies, including the courts. There are at least four different dialects of Arabic spoken around the various regions of Morocco. Classic Arabic is also widely spoken. People employed in the public sector must be fluent in reading and writing this language.

Most of the business in the private sector is conducted in French. While people converse in French, the paperwork is usually in Arabic and therefore a thorough knowledge of both the languages is important.

Fluency in English is an added advantage, especially among the younger Moroccan professionals who are planning to expand their businesses globally.

Spanish isn’t widely spoken across the country, except in the north.

The working week in Morocco lasts from Monday to Friday, even though the majority of the country’s population is Muslim.

While Friday is officially a working day, many Moroccans take a long break (for more than two or three hours) in the afternoon in order to pray. It is therefore best to avoid scheduling any calls or meetings between 11:00AM and 3:00PM on a Friday.

In Morocco, there are 13 public holidays during the year, of which nine are national holidays and four are religious. Schools, banks and government offices generally stay closed on these days. Some of the holidays do not fall on a fixed date. For certain occasions like Eid (which is the most important festival in the country), offices may remain shut for a couple of days.

Unlike in western countries, Christmas isn’t a holiday in Morocco. In fact, since it is the peak of the tourist season, most local businesses are open even on the 25th of December. Multinational companies rarely give their employees a day off on Christmas and Easter.

Many Moroccans form first impressions based on how a person is dressed. Professionals therefore dress very formally, placing a lot of emphasis on brand names. Men wear dark-colored business suits every day.

While wearing western clothes in a business environment is acceptable, women must ensure that they are dressed conservatively at work (knees and arms covered). Excessive makeup, jewelry and accessories should be avoided.

Most professionals prefer to have a meeting scheduled a week or two in advance and reconfirmed around two days beforehand. The locals generally plan their meetings around their prayer service timings.

It is important to ascertain which language the meeting will take place in and print out any reading material accordingly.

Showing up on time for a meeting is regarded as a sign of respect.

There is no formal ritual for exchanging business cards. Foreigners should have their cards translated to French and/or Arabic when working with the Moroccans. Many have information in English on one side and Arabic or French on the other. When handing over a card, the translated side should always be face up.

It is against Moroccan culture to criticize or confront someone, especially in public. Many of the locals will agree to anything, just to keep a person from losing face.

In a business setting, professionals should be prepared for a fair amount of haggling. Most of the Moroccans expect that there is some room for negotiation before an offer becomes final.

As is the case in many hierarchical societies, most of the decisions are made by the high-ranking people. Many of them obtain a group consensus and only reach a decision after a lot of deliberation. It takes quite a while for decisions to be made and rushing someone could be perceived as a slight.